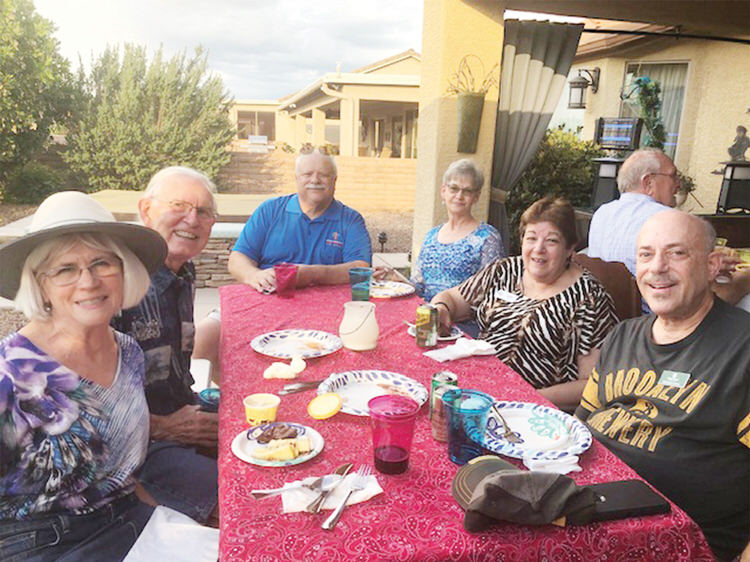 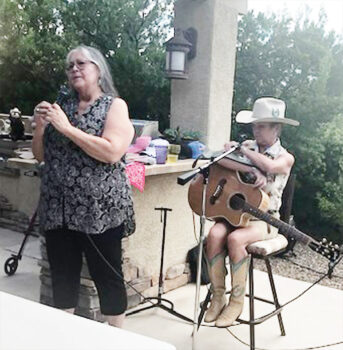 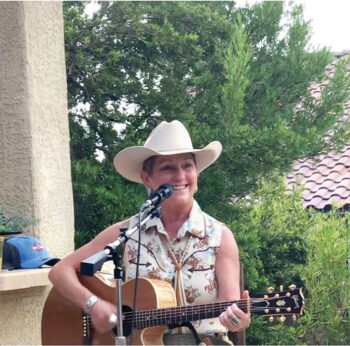 The evening of Tuesday, Aug. 16, Caring Hearts and Hands of Quail Creek (CHHQC) were treated to a private concert by Joni Harms, an American country music singer-songwriter from Canby, Ore. Harms is well known in Nashville, appearing at the Grand Ole Opry, and has released 12 studio albums and a live performance with the Sheerin Family Band in Moate, Ireland. She has also charted two singles on the Billboard Hot Country Singles & Tracks chart.

With live performances at the famous New York City’s Carnegie Hall and international stages, Harms brings her stories and melodies of a country-western way of life to audiences around the world. Through her friendship with Debbera Markle, CHHQC member, Harms serenaded us with her songs and stories at Markle’s Quail Creek home. Harms generously donated half of the concert donations and all the proceeds from her merchandise sales.

The private concert was to benefit Youth On Their Own (YOTO) and the 162nd Air National Guard of Tucson’s annual military baby shower. It was a memorable evening for both CHHQC and their spouses/friends.