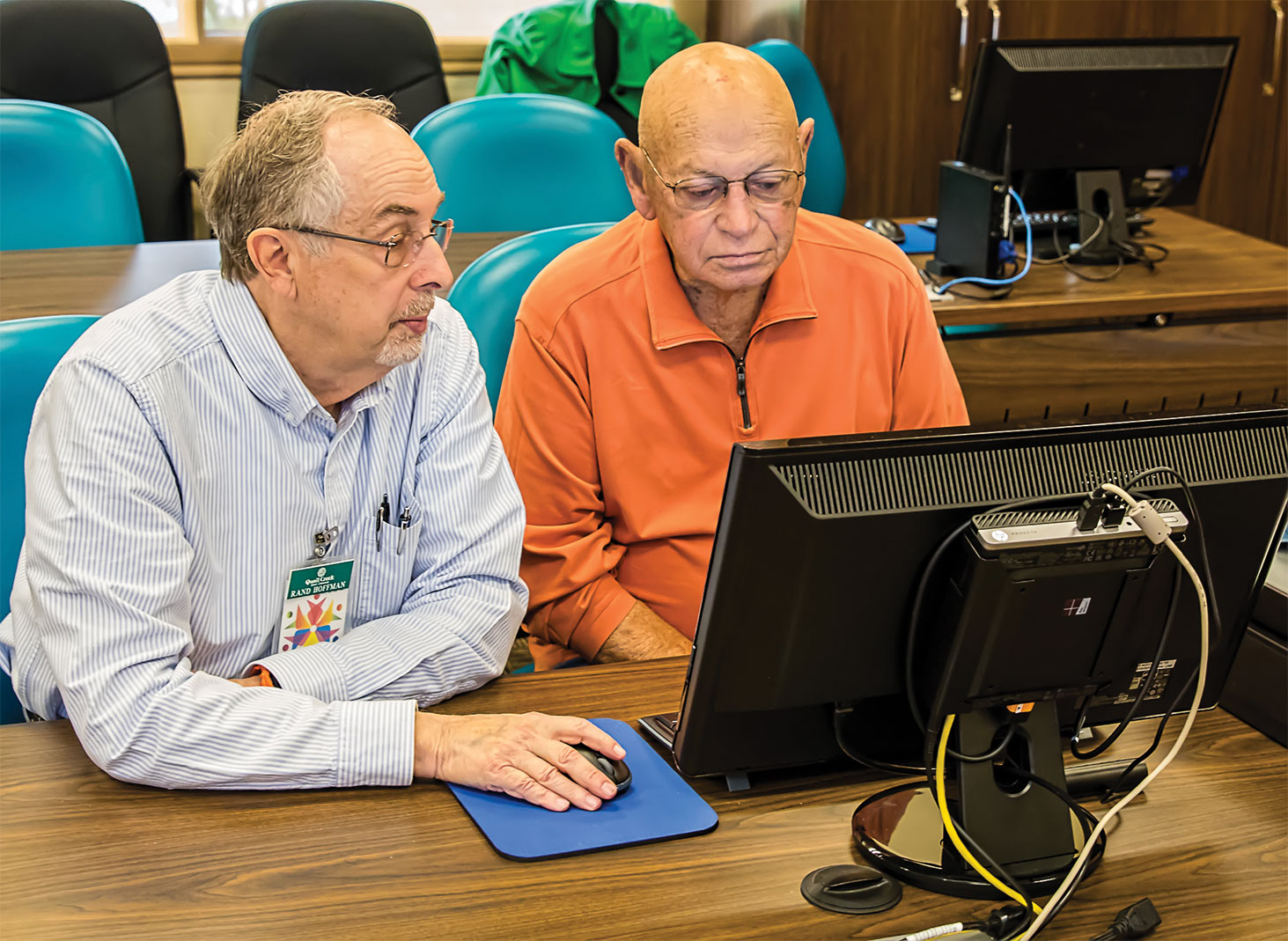 On January 20, the Quail Creek Computer Club held its annual open house. Invitations had been extended to the entire Quail Creek community: for 2017 members to come and register for 2018, for non-members to come and learn about the club and to sign up for 2018, and for all 2017 and 2018 members to take part in a drawing for a number of door prizes. In addition, there was a silent auction for some older computer equipment that the club was taking out of service. The Computer Club was building on a very successful 2017 when we finished the year with 464 members, up from 420 in 2016.

The event, organized by Dianne Thomson, was very busy and exciting. We had door prize tickets submitted from 128 households (1 ticket per household) for the 13 door prizes. During the open house, we had 98 households pay their dues for 2018, and 34 new households with over 65 new members sign up. That puts the current club membership on track to exceed 2017 as new people move into Quail Creek and join. Our BOD who were on duty for the entire event answered a variety of questions, ranging from the content and timing of our many courses to how an open lab and a help session work.

The silent auction also attracted a large number of bids, 19, which ran the gamut of prices. The iMac “1”, iMac “2”, the Brother printer, and the desktop PCs were all bought (winners notified, though not finalized as of this writing). The club was able to raise over $1,000 for its treasury.

The next general meeting of the Computer Club, open to all, will be February 20 at 6:30 p.m. in the Madera Ballroom. Dianne Thomson will present a summary and update on Google Photos. Significant updates released in the past few months – powerful new scanning, sharing, archiving, and photo book features – will be covered. As the regular classes for this fill up quickly, this may be the way for you to get a good understanding of the app.