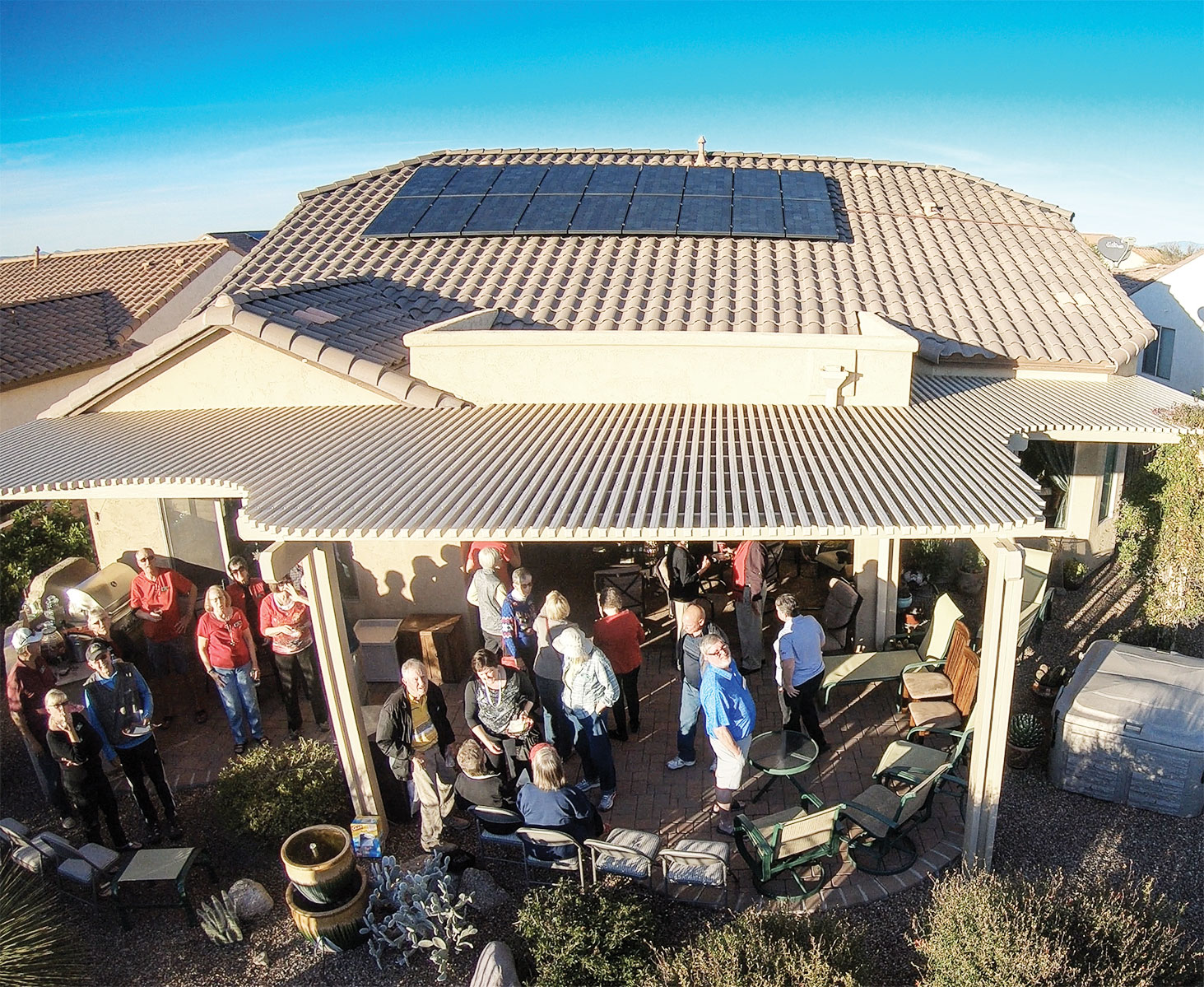 On Sunday, December 9, Jon and Diane Quinn held their 8th annual holiday open house. Each year, they open their home to their friends and neighbors in Unit 15 at Quail Creek. With the help of a couple of neighbors, the Quinn’s provide all the food and drink, asking only for donations to the Green Valley Food Bank in the form of food, cash or checks. Over the years, one of their neighbors had to host the party twice due to travel problems and family emergencies.

Their first open house in 2011 resulted in 237 pounds of food and $65 collected. Each year after that the donations have increased. This year, there were 85 people attending over the three hours, complete with a neighbor capturing the event with his drone camera. And, those 85 people contributed 463 pounds of food, and $5,815! Total contributions to the Green Valley Food Bank over the eight years is 3,481 pounds of food and $18,865!