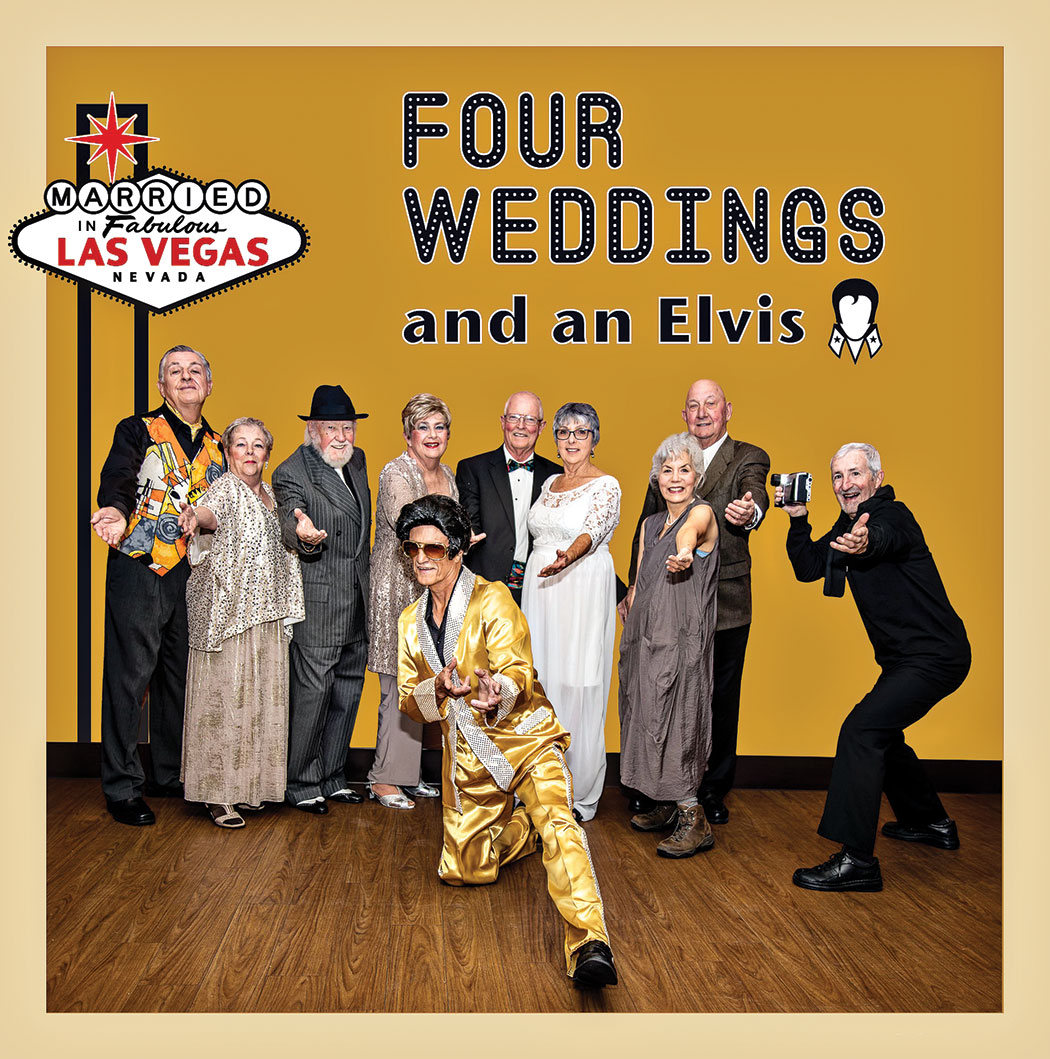 There will be Four Weddings and an Elvis on April 11-13 (Thursday, Friday, Saturday) on stage in the Crystal Ballroom. Maybe four, maybe less! This hilarious play, written by Nancy Frick, will be performed by your own Quail Creek Performing Arts Guild at 7:00 p.m. with theater style seating. A cash bar will open at 6:00 p.m. Residents, friends and neighbors of yours have been hard at work rehearsing what promises to be an evening of laughter and many other emotions.

PAG is now selling tickets at just $20 each online at QC Showare.com and at the Concierge Desk. That’s right! Now you can use a credit card to buy PAG tix.

There are 11 QC residents acting (and acting up) to bring to life these wonderful characters: Sandy, the four-times-married, three-times-divorced owner of the Las Vegas Wedding Chapel; Bev and Stan who are getting married as revenge on their exes, but a big surprise is in store for them; Vanessa and Bryce are two outrageous aging stars who are tying the knot as a publicity ploy and to feed their enormous egos; Marvin and Fiona, a gentle postal worker and a tough ex-con who couldn’t be more in love, but they have one big problem, former love interest, Fist. Two totally different Elvis impersonators also have their licenses to marry folks.

No matter how many weddings take place, you will surely love this show.