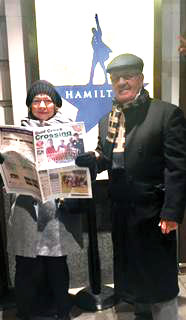 Pre-Christmas crossing the pond took the Wright/Smiths to see Hamilton in London then cruising home on the Queen Mary. The Crossing was enjoyed while waiting for the performance to begin. Brrrr! 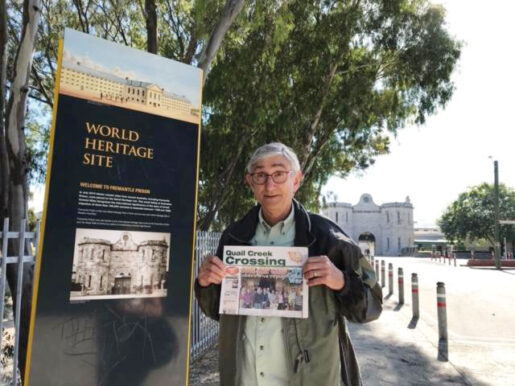 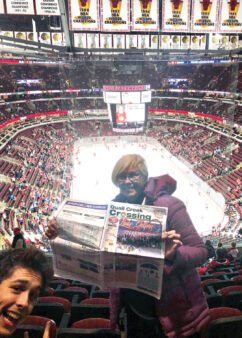 Corine Beck enjoyed watching the Blackhawks play in Chicago’s United Center during the holidays. A little photo bombing by her grandson, too. 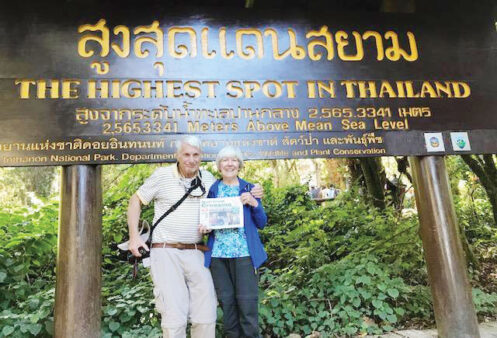 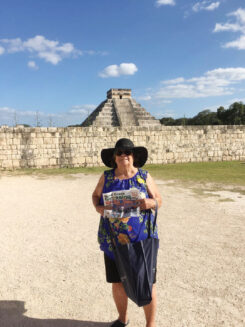 Janice and Richard Messer cruised the western Caribbean along with the December Crossing issue. 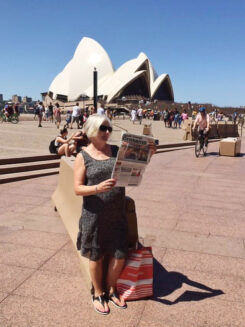 Judith Olsen and Phil Wade recently sunned in Sydney, Australia while enjoying their copy of the Crossing. 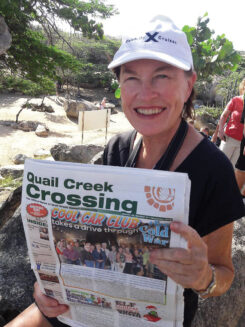 Lois Owen and Rich Stebbins sailed away to the southern Caribbean in December along with their issue of the Crossing.

Sue and John Andersen just returned from cruising around Cape Horn and found the end of the PAN AM Highway outside Ushuaia, Chile. 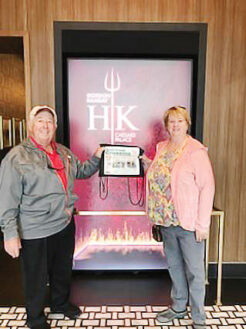 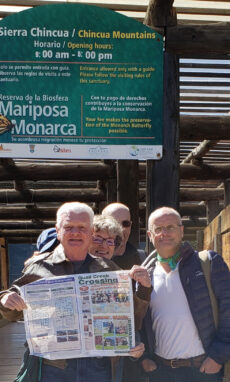 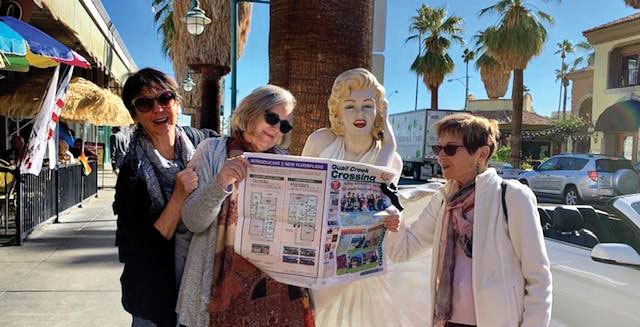 Where in the world are you reading the Crossing? Submission for the March issue must be received by February 20, 2019. No photo shopped pictures will be included and photos reading either the December, January or February 2019 issues will be allowed. At the March 18 Board of Directors meeting a drawing will be held for the December, January and February photo submissions. One lucky winner will receive a $50 gift certificate to the Grill.