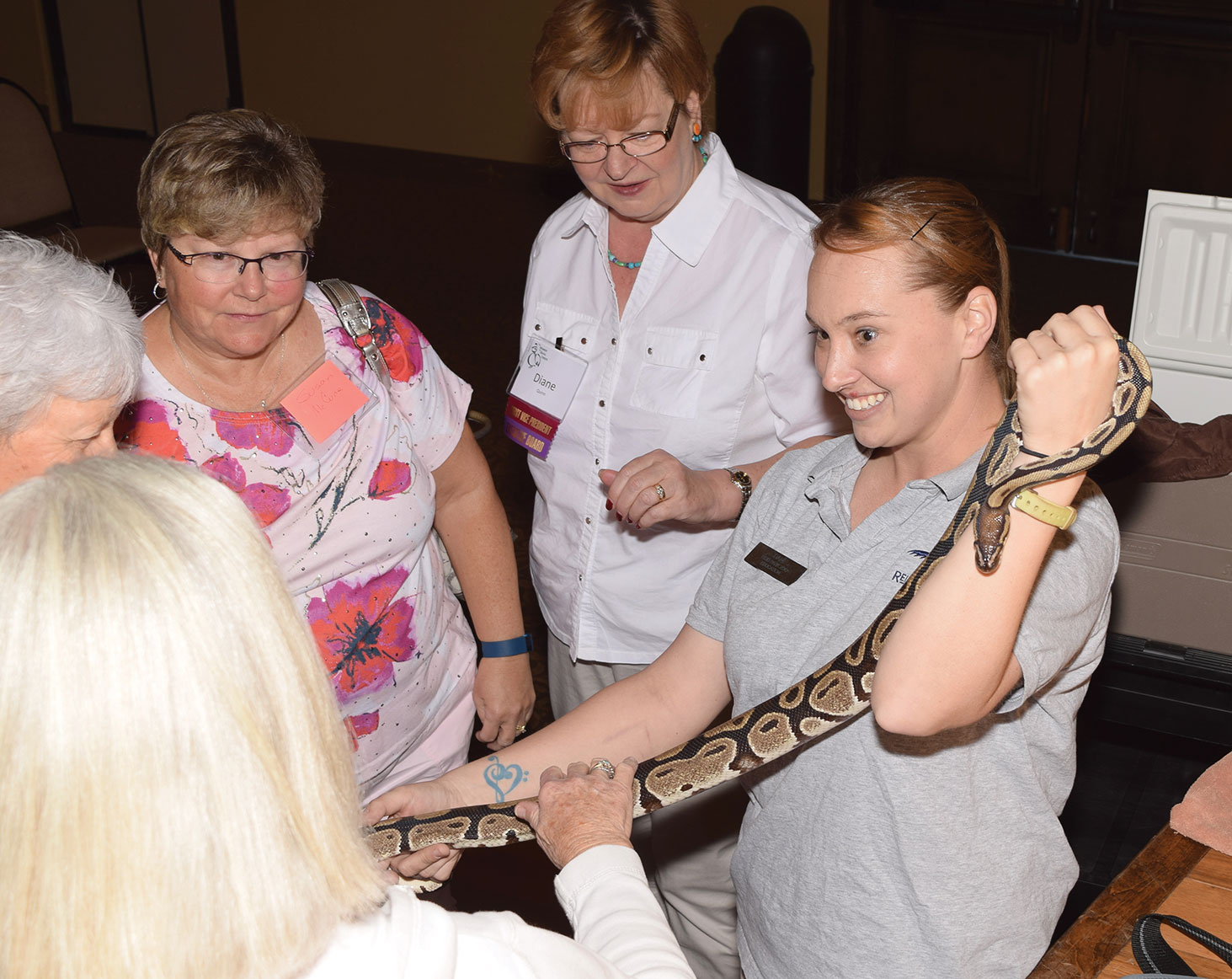 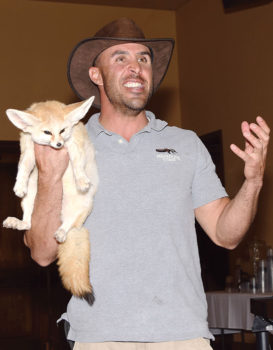 Jed Dodds holds a Fennec Fox from the Sahara; photo by Eileen Sykora

The Women of Quail Creek held its monthly program in February expecting to learn about a few new happenings at Tucson’s Reid Park Zoo. Those attending learned many things in preparation for the upcoming field trip to the zoo. For most the take-away from the gathering was much more than a zoo preview, it was a call to action and an awakening to the ever growing plight of endangered species around the world.

Jed Dodds, Education Coordinator of the zoo, provided a lively, entertaining and thought provoking program entitled Why Zoos? to the assembled members and guests. Drawing upon his many years as an animal enthusiast, caretaker and wildlife activist, Jed shared information about Reid Park Zoo’s efforts to work with a variety of animals in partnership with research and conservation projects around the world. He explained why certified zoos are an important and healthy living environment for many species. Using examples of the numbers of endangered species that are lost or further endangered each year, Jed brought home the need for education so that humans can be good stewards of our environment. Jed referred to himself as a voice for the animals and explained that through the zoo’s education efforts he and others are teaching children the importance of wildlife conservation efforts.

Through pictures and video, Jed also shared some of the exhibits at the Reid Park Zoo. Explanations of training efforts helped TWOQC understand how animals could be cared for and attended to in ways that meant minimal risk to either human or animal.

As Jed has done in the past for TWOQC, he brought a variety of critters to share with the audience. People began squirming when a Ball Python was produced but calmed down considerably to view the Blue Tongued Skink, the Algerian Hedgehog and the real surprise, a Fennec Fox from the Sahara.