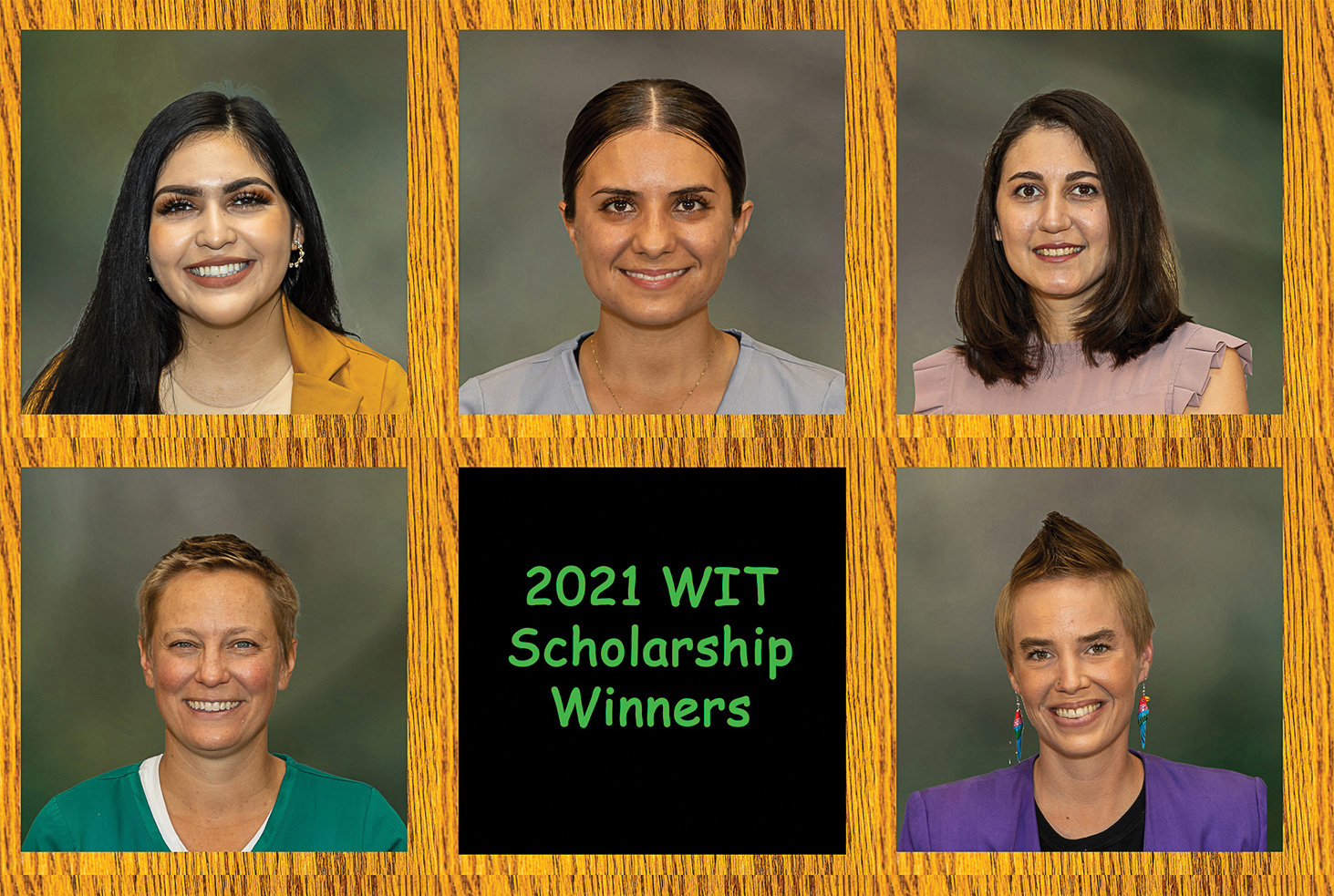 Allowing for postal delays after the deadline had passed for The Women of Quail Creek’s (TWOQC) Women-in-Transition (WIT) scholarship applications, the selection committee met to determine the finalists for the $2,500 scholarships for the upcoming school year. The WIT program is designed for women who may have had their formal education interrupted because of family or financial considerations. Committee members each reviewed 15 applications. After assigning a numerical rating, they narrowed the list down to nine women who would be interviewed.

With the technical assistance provided by Jim Burkstrand, the applicants were interviewed via Zoom. The committee logged on at 8:45 a.m. and finished at about 3:30 p.m., allowing for an hour break for lunch. So as not to make the hopefuls too nervous, after our emcee Suzan Bryceland welcomed and introduced them, Margot Elsner and Patty Zatkin asked the 10 interview questions while 12 other committee members watched and listened in the background, taking notes on how well the applicant presented herself and the appropriateness of her answers. After the interviews were completed, the committee debated the merits of each candidate before they came up with the winners, a very difficult process because of the high caliber of all the applicants. Thanks to three memorial scholarships, TWOQC was able to award five WIT scholarships, even though they had been unable to hold any fundraising activities in 2020 because of COVID-19.

The top scorer was Elizabeth Herrera, who received a unanimous 15 votes. A 2020 graduate from UA with a B.S. in family studies and human development with a minor in public health, Elizabeth has been accepted in the master’s program in nursing at UA. Her ultimate goal is to become a nurse practitioner. She was presented with the Michael J. Sullivan Memorial Scholarship.

Right behind Elizabeth was Arianna Landes, a lab technician at Tucson Medical Center. Arianna will be using her scholarship as she continues her studies to obtain a B.S. degree from the Arizona College of Nursing. She was presented with the Mildred R. Foard Memorial Scholarship, made possible by Mildred’s daughter, Mary Greer.

Elle Kunerth is currently enrolled in Arizona State University, where she is planning to obtain a degree in gender and women’s studies. Elle moved to Tucson from Minnesota in late 2020 with the goal of enrolling in school, and she didn’t waste any time in doing that.

Being awarded another TWOQC scholarship for the second year in a row is Harley Plasencio, who is concurrently enrolled in the RN program at Pima Community College and Arizona State University. After being awarded the scholarship last year, she has been mentored by Clarice Sullivan, a retired RN. She was presented the Michael J. Sullivan Memorial Scholarship by his widow, Clarice Sullivan.

Because of continued COVID restrictions, a formal awards ceremony was not possible again this year. However, you can see the modified awards ceremony at youtu.be/FbmIBD7_50M.