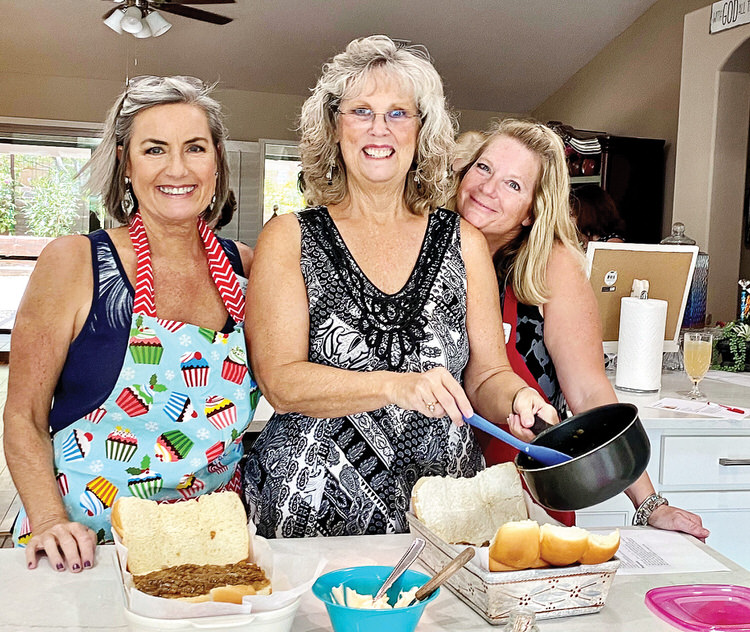 “Chef” and hostess Pam Hartwell-James (center) and her assistants Lisa Johnson and Angie Werner at the first event of the new TWOQC In My Kitchen group. 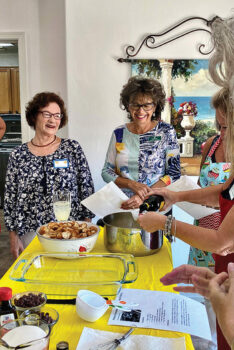 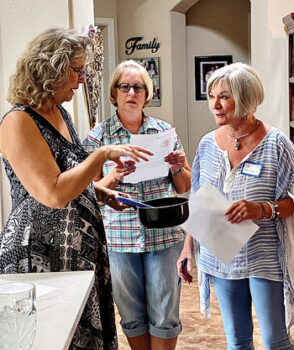 The Women of Quail Creek (TWOQC) has a robust membership of women who love to meet and interact with new people, support their local community through a variety of projects, and learn together.

With an ever-increasing number of members, a roster of smaller interest groups and events was introduced to enable both new members and members of longer-standing to meet others with similar interests in a relaxed and welcoming setting. The interest group initiative has met with overwhelmingly positive reviews, and between November 2020 and June 2021, approximately 140 TWOQC members have participated in one or more of the small group events—an impressive number, given the circumstances of that time period! All of these interest groups and events are always open to all members to ensure that they maintain a focus on inclusion and fun.

Several ongoing interest groups have emerged from the small group gatherings, including the 3rd Friday Book Group (led by Crystal Wolfe), a gardening group (led by Cheryl Richardson), a rock-painting group (taught by Janet Rumford), and a genealogy group (organized by Janice Messer).

On July 8, the newest interest group, In My Kitchen, met for the first time at the home of Pam Hartwell-James. Pam proposed the idea as a way for women to share the joy of cooking while getting to know each other in a small group format, and then worked tirelessly to bring her vision to life. Since proposing the idea, she has received many emails from TWOQC members who want to host one of the events.

Each In My Kitchen gathering features a unique recipe or cooking technique demonstrated by different hostesses in their own kitchens. The preparation is followed by an opportunity to sample the dish over a chat around the kitchen table. Pam’s goal for the group is that it will eventually host one to two events each month.

The inaugural In My Kitchen event was attended by 12 women and featured Hawaiian ham and Swiss sliders and Kahlua chocolate croissant bread pudding. After observing Pam as she took them through the steps for preparing these mouthwatering recipes, the group enjoyed the fellowship of coming to the table to share a meal together.