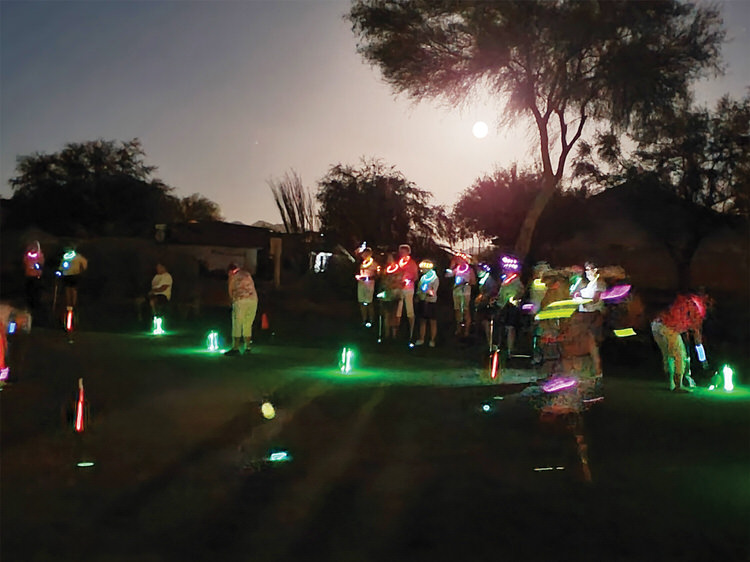 The putting green in the moonlight (photo by Janet Wegner) 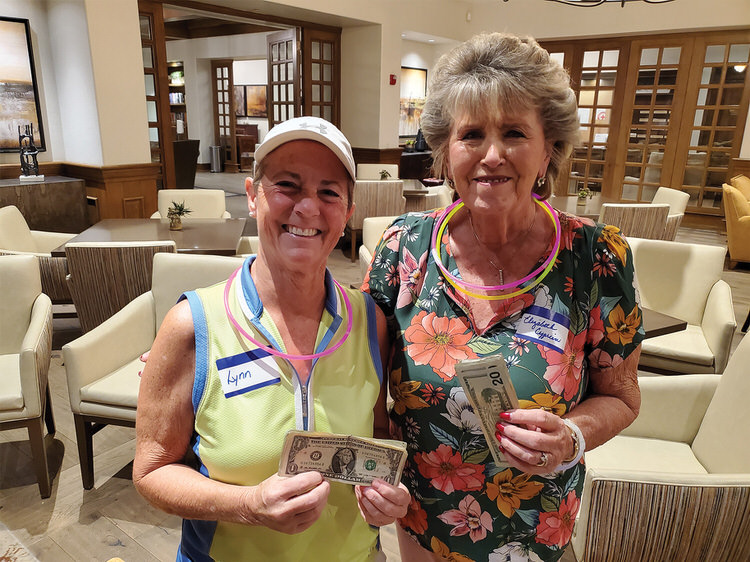 50/50 Raffle winners Lynn Gureck (left) and Elizabeth Cyprien (right) each went home with an extra $157 in their wallets. (Photo by Janet Wegner)

The evening after the lunar eclipse, the Lady Putters gathered for their annual Moonlight Madness experience. The putting green and each hole were lighted by glow-in-the-dark markers. Each putter also donned neon bracelets and necklaces. They could use their flashlights to walk from the clubhouse patio to the putting green, and then it was lights out, except for while they were entering their strokes on the scorecards.

Despite the challenges of extremely low visibility, many of the ladies did very well. The first-place team, with a score of 202, won $100, which was divided equally between Shari Cerrone, Dee Stearman, Char Brehm, Patty Hall, and Linda Kelly.

Elizabeth Meadows and Dee Stearman both putted four holes-in-one, the best of the evening. Because of the tiebreaking rule, the $20 prize went to Elizabeth, while Dee went home $10 richer. The tiebreaker rule was also in effect for the Lowest Overall Low Score. Both Cathy Thiele and Carol Dixon scored 37. The score on hole 16 was used to determine the winner. Cathy received $20, and Carol received $10.

Whenever the Lady Putters host a special event, there is usually a Split-the-Pot raffle to support a local charity. The chosen charity for this year’s Moonlight Madness was the Animal League of Green Valley.