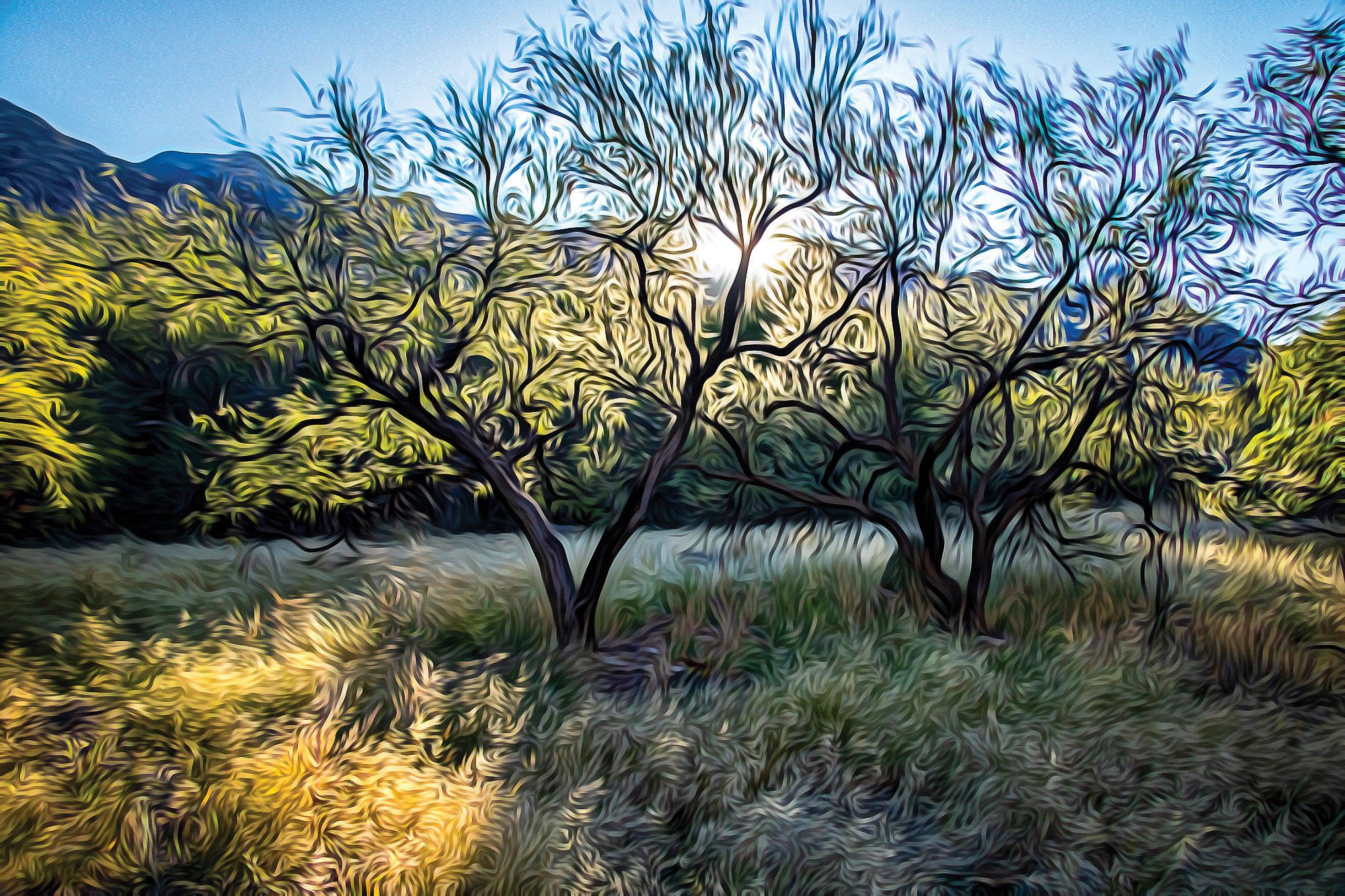 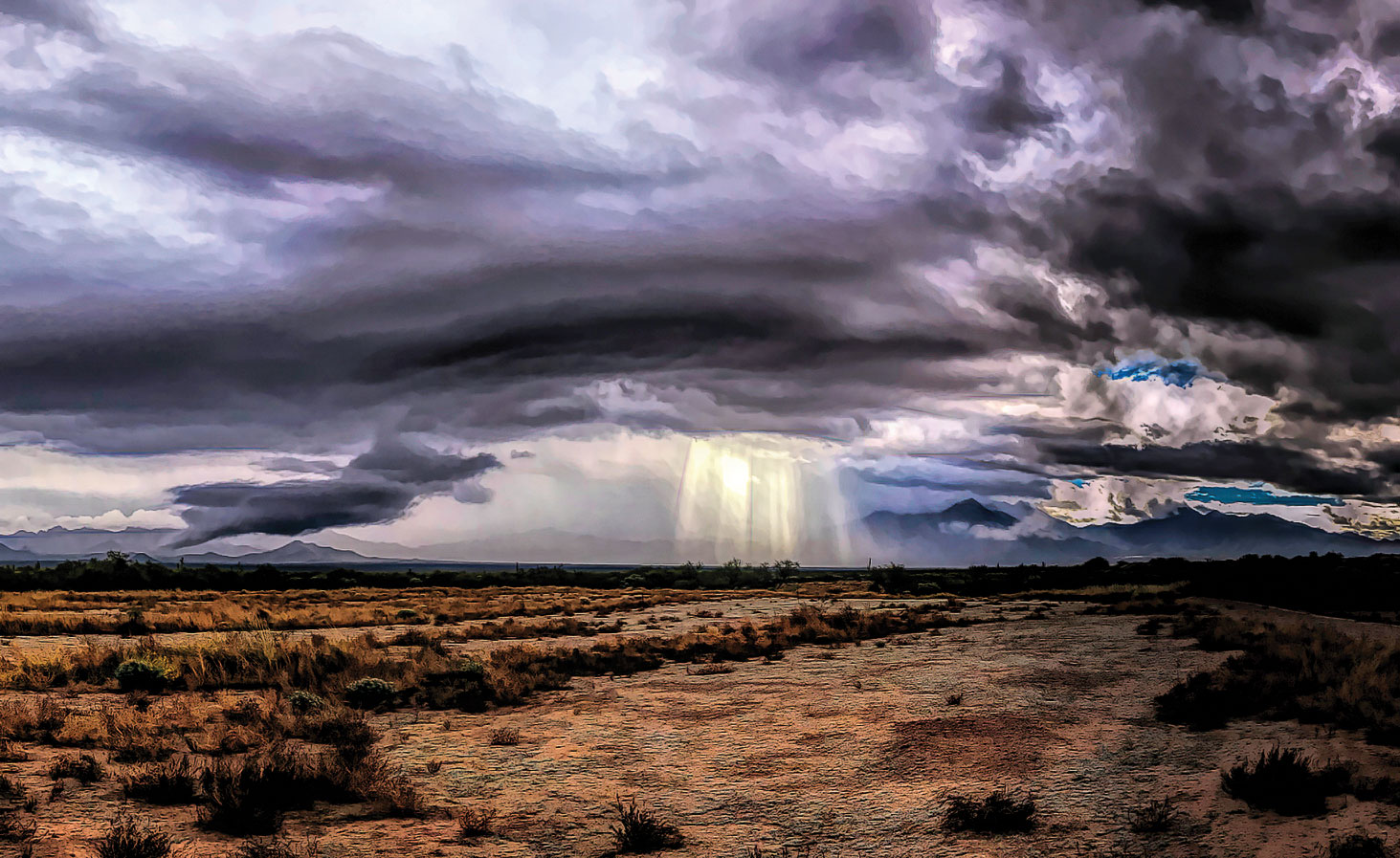 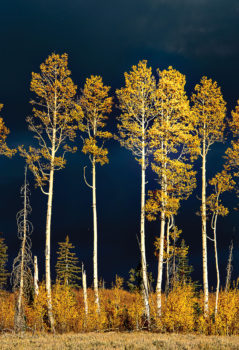 The Photo Club of Quail Creek just completed a brand-new quarterly photo challenge having a theme of nature. Each club member could enter up to three photos which had to be taken within the calendar quarter. And the photographer/artist could post process the photo in any way, including using Photoshop filters and manipulation. This new challenge proved to be popular and drew 34 entries. This does not replace the current Photo Contest, but adds to the club’s offerings of photo opportunities. All of the photos can be seen on our Flickr site:
https://www.flickr.com/photos/[email protected]/albums/72157672859695127.
Denny Huber won both first place and second place. His photo Madera Canyon Sunrise took first place and his photo Santa Rita Clouds took second place.
Denny commented, “I’ve really been into abstracting my photos the last couple of years. I find it interesting, fun and you can come up with some really wonderful images. As a computer guy, this challenge where anything goes is right up my alley. The image of the back lit trees started as a fairly decent photo, but when I ran it through PicsArt as a kind of an oil painting, the whole thing just turned eerie and beautiful. In the photo, the foreground grass wasn’t really showing up so well, but in the abstract, I think it really makes the image. The photo was taken in Madera Canyon just after sunrise. I only made sure the sun was mostly blocked by one of the tree branches.
The image of the clouds was a bit fluky. I was golfing and looked over from the tee box at Roadrunner 4 and saw some pretty amazing clouds. The sunburst in the middle was surrounded by a very ominous black cloud on the left and some puffy white clouds and blue sky on the right. Sixty seconds after I took the shot, the whole thing had evaporated. I used my iPhone to take three vertical shots and later stitched them together into a panorama in PhotoShop. The photo was nice enough but then I ran it through Topaz Studio and really liked the image produced by the filter I think they call “Oil Painting Classic.”The final image was dark and threatening and did a good job with the desert foreground, which was a bit drab and colorless. It’s one of my favorite all time images. Denny shot this with a Canon Rebel T6s and the second one with his iPhone 8.
The photo Aspen Storm by Larry Hudson placed third. Larry wrote, “The photo was taken on the highway between Cedar City, Utah and Bryce Canyon. A storm was rolling in from the west with a low morning sun in the east. The sun illuminated several tall aspen trees on a ridge which I found to be very beautiful bathed in yellow light. The dark bluish storm background added to the drama. I edited the photo’s exposure in light room.” Larry used a Canon 77D with a 18-400 lens to capture this. The photo was shot at 1/250 sec, f/7.1, ISO100, focal length of 89 mm.