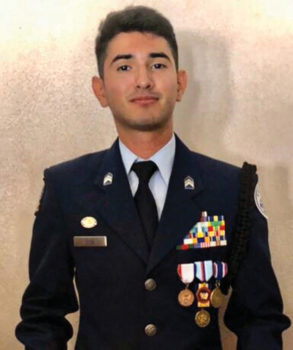 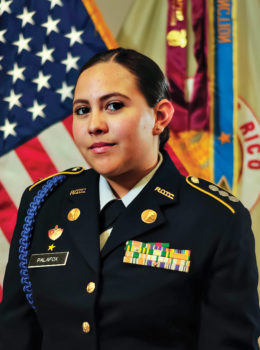 On the agenda for the April 1 Green Valley Chapter Military Officers Association board meeting was to screen the applicants and select the 2020 scholarship winners. With COVID-19, that meeting got cancelled. Thanks to the military’s emphasis on never being late, the cadets had completed their applications and obtained their letters of recommendation before the schools were shut down for the remainder of the school year.

The board, with some help from the Internet, was able to complete the review process and select the winners for the three scholarships they will be awarding to Junior Reserve Officer’s Training Corps (JROTC) students. When the applications were received, they were scanned—a new skill for one of the board members—and shared via email with those who would do the screening. The prioritized results were sent to COL Marianne Rogers Faust, JROTC liaison for the Chapter, who shared the results with the chapter president, who then approved the recommendations made by the other officers.

Each recipient receives a scholarship for $1,500, with the check mailed to the school of the winner’s choice. Scholarships were awarded to Cadet/Colonel Diego Olea, Cadet/Captain Paola Palafox, and Cadet/Lieutenant Commander Kelley Forehand.

Cadet Olea joined the Air Force JROTC program at Nogales High School when he was in the 9th grade, and rose through the ranks during his four years in high school. He plans to major in Business Management and Administration with a minor in Military Science. As a member of the University of Arizona ROTC (Reserve Officer’s Training Corps) program, he hopes to obtain a commission in the Army upon graduation.

A member of the Rio Rico High School Army JROTC for four years, Cadet Palafox served as the S-2 (Intelligence) for the Battalion in her senior year. Throughout high school, she managed to maintain high grades as well as give back to the community through several volunteer projects. Cadet Palafox plans to major in Early Childhood development at Eastern Arizona College. She hopes to work with adolescents after graduation.

Cadet Forehand served as the executive officer in her senior year as a member of the Naval JROTC program at Sahuarita High School. She will pursue a degree in Business Administration and join the Marine Corps ROTC program at Embry-Riddle University. After graduation, she will apply for a commission in the United States Marine Corps. She hopes to become a military pilot and eventually become a commercial airplane pilot.