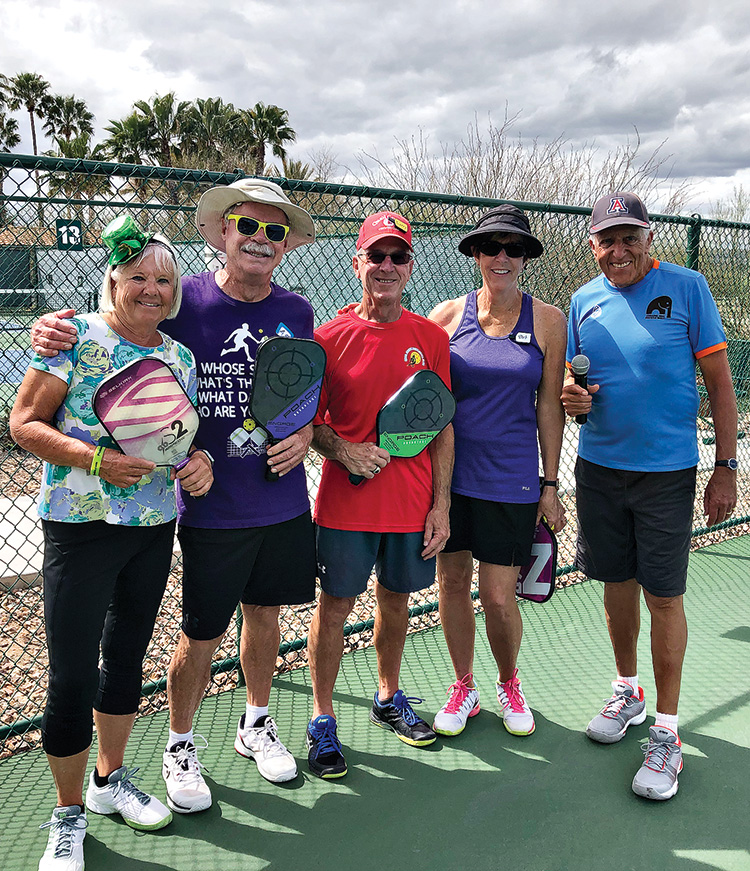 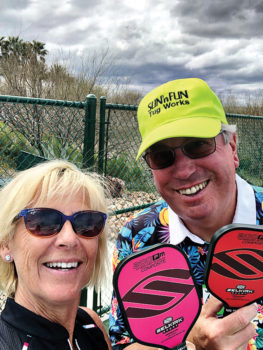 In lieu of the fourth annual Quail Creek Classic Pickleball Tournament fundraiser for St. Jude Children’s Research Hospital, Quail Creek Pickleball Club members organized a Bunco Night on the evening of March 10, under the leadership of Beth Larose. This was followed by the monthly pickleball club social on March 11, which was a conglomeration of pickleball drills and a pickleball relay game organized by Erika Lochow and Lenny Friedman. The format is called a Pickleball Rodeo which was appropriately named at the inaugural USAPA Ambassador Retreat.

Bunco Night was held in the Quail Creek Madera Clubhouse Lounge and Gold Room, with 50 players who paid a $100 entrance fee/donation, which included a four-course meal. Wonderful prizes donated by local businesses and residents were raffled off, and $3,400 was raised for St. Jude.

Sixty-four Quail Creek pickleball players participated in the Pickleball Rodeo. Players were randomly placed in teams of four, with the goal of having players of mixed ratings to equalize the competition. Eight courts were taped five feet from the baseline to measure the accuracy of serves and serve returns. Two teams shared each court, and one team kept score for the other team. Each player hit five serves and five return serves. One point was scored for all legal hits, and three points were scored when the ball landed inside the five-foot taped rectangle. Teams then competed in third shot drop shots.

In the next pickleball drill, teams had two minutes to try to get the most consecutive legal dinks in a specified order. The highest number of consecutive dinks was recorded on the team’s score card.

Even though no participation fee was charged for the event, the pickleball rodeo raised $3,800 from matching fund donations of $2,000 raffle sales for one week in Palm Springs during the National Pickleball Tournament in Indian Wells, generous donations from pickleball instructors Sean Rickard and Mark Renneson, and Quail Creek pickleball players.

A total of $9,200 was donated to St. Jude Children’s Research Hospital.