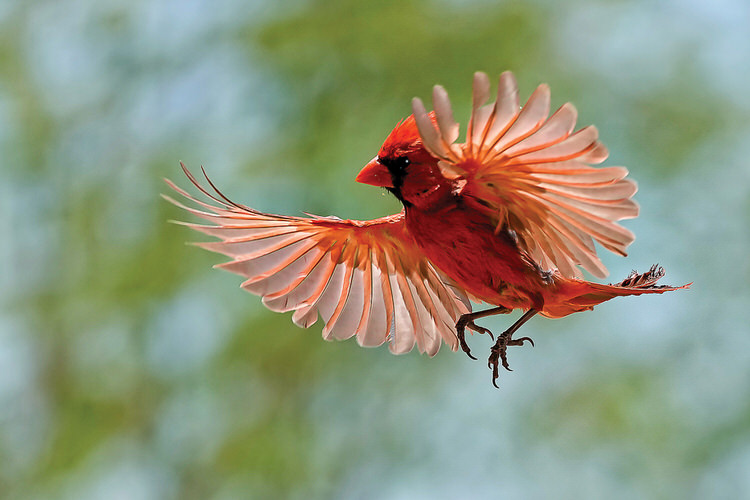 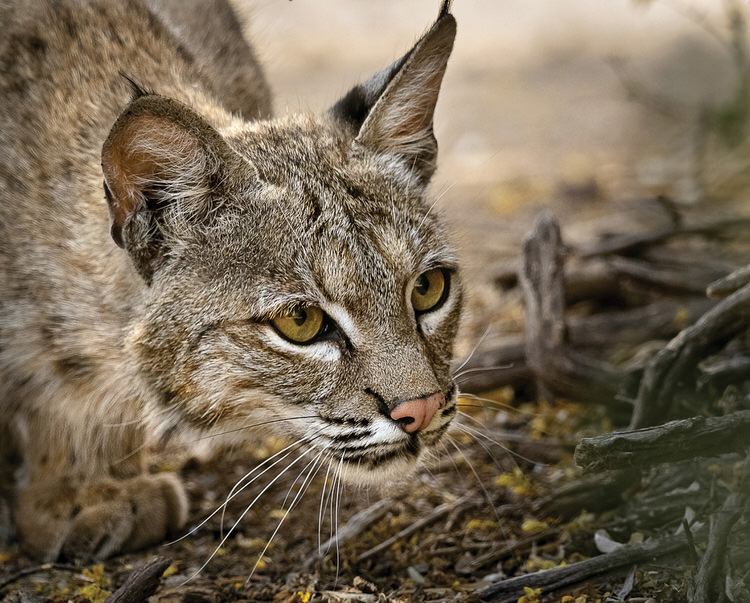 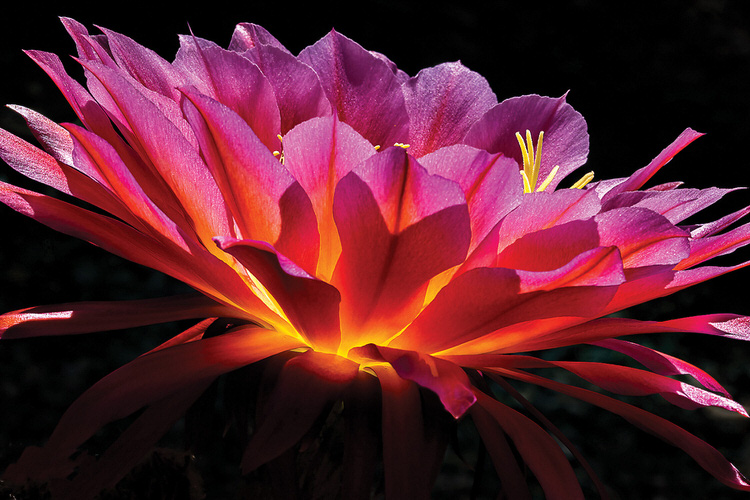 The Photo Club of Quail Creek finished our second Quarterly Challenge of 2021. Photos were taken within the quarter and post-processing was unlimited. This quarter focused on nature!

Congratulations John Tubbs for his runaway first-place photo Northern Cardinal in Flight. John shared that his primary subject in the last few years has been birds, trying to capture unusual species, or hard-to-get behaviors (like good in-flight shots). With a water bubbler in his backyard, Northern cardinals and other birds come for food and water. One day while sitting on his patio, this bird flew in. John took about 25 images to get this award-winning one. He used a Sony a1 with a Sony 100-400 telephoto lens, handheld with a fast shutter speed to freeze motion. As the bird took flight, John followed the bird in the viewfinder with the camera set for ‘burst’ shooting multiple shots in a row. This photo was the best. Parameters: f/6.3, exposure 1/4000 sec, focal length 400mm, ISO 800 (a camera setting that will brighten or darken a photo), shot in RAW with basic post-processing, slight crop, sharpening, and some tweaks to saturation and vibrance.

Second place went to Ron Skelton with his beautiful Sunlit Cactus Bloom. Ron shared that one morning the buds on the “Flying Saucer” cactus in his front yard had opened overnight. The petals were semi-transparent, and the midmorning sun was lighting up the inside of this flower, which produced a beautiful glowing effect when viewed from the side. He took this shot using a 90mm macro lens and the combination of lens and exposure settings produced a black background behind the flower. Some background images were removed (using Luminar AI), creating the appearance of a flower floating in blackness. Other basic exposure and color elements were adjusted in Adobe Lightroom. Ron used a Canon 90D w/ Tamron 90mm macro lens. Settings: f/16, 1/500, ISO 800.

Tom Cadwalader landed third place with his Bobcat photo. Tom explained, “We were at the Sweetwater Wetlands in Tucson one morning in early May. We were just starting down the trail from the parking lot when this bobcat appeared on the trail. I took several images of the cat, but liked this one best because the cat was intently looking at something in the brush. I felt that this image captured the intensity of a predator locked on its prey.” The RAW image was processed in Adobe Lightroom with normal global adjustments and quite a bit of dodging and burning to tone down a distracting foreground. The image was lightly cropped, removing just a small amount of vegetation, to support composition. Tom used an Olympus E-M1MarkIII, shot at f/5.6, 1/1000 sec, focal length 420 mm, and ISO 1600.

The Photography Club of Quail Creek sponsors several opportunities for club members, including monthly and quarterly photo contests, field trips, photography resources, and monthly presentations. Please consult our website and the HOA What’s Happening for additional information. Check out our photos on Flickr, linked from www.pcqc.org.