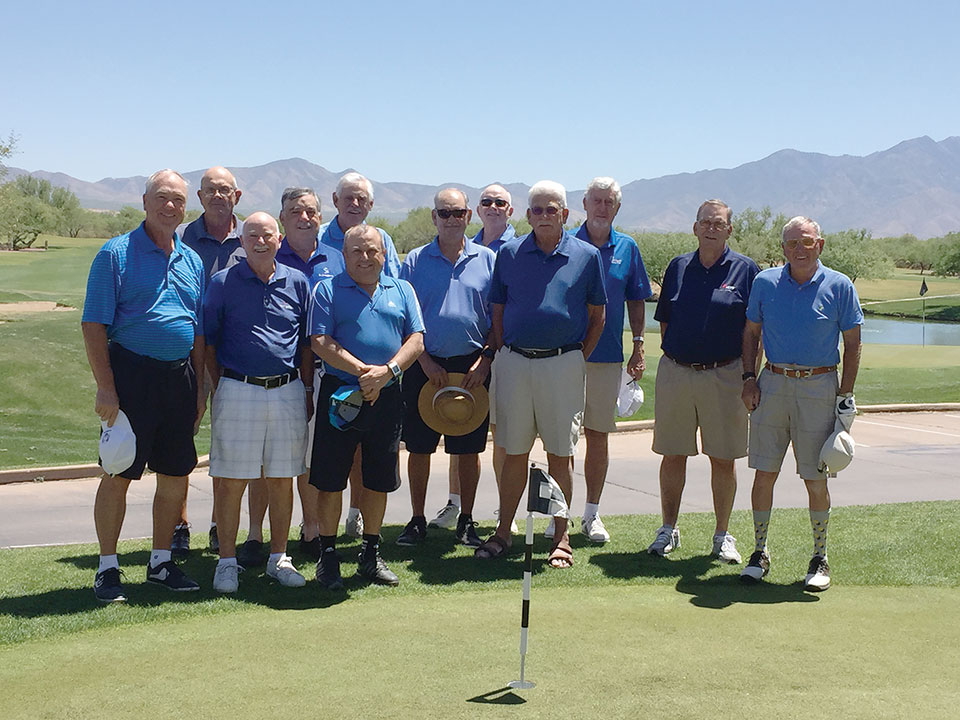 The Robson Challenge, on hold for the last two years, was played at Robson Ranch with teams from five Robson entities participating on April 19, 2017. The following communities sent teams this year: Quail Creek, Robson Ranch, SaddleBrooke Ranch, Eagle’s Nest and Tuscany Falls both from PebbleCreek. Each team was comprised of 16 players including a club professional. Each community had qualifying rounds in order to participate on their team. This is a total net event of which 12 players’ scores from each team plus the professional’s score are added together to determine a winner.

This year the winner was the Quail Creek team with a total score of 903 with an average net score of 69.46. A really good performance from a team not expected to be able to compete with the other clubs due to the lack of availability of several low handicap players who were playing in a separate event representing Quail Creek.

Coming in a close second was Robson Ranch, the home club this year with a score of 907, a mere four strokes behind Quail Creek.

After enjoying a fine meal for all and results were announced, the Robson Cup that goes to the winning team remained in an unknown location. It has been reported missing for a few years now; however, the event for 2018 is already scheduled for an April 18 play date.