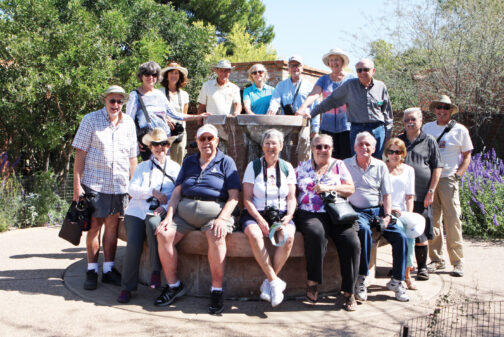 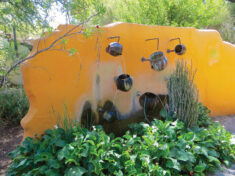 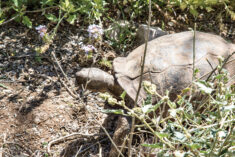 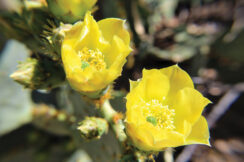 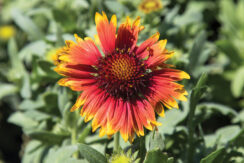 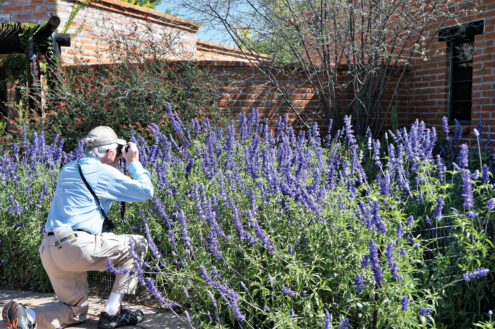 The story of Tohono Chul begins in 1966 when its benefactors, Richard and Jean Wilson, started piecing together patches of the desert that would form its core – ultimately owning 37 acres. Richard was a geology faculty member of the University of Arizona. In 1968 they purchased the section containing the hacienda-style West House known today as the Tohono Chul Garden Bistro (formerly the Tea Room). The Wilsons lived in this house for eight years.

It was during the 1970s that the couple was approached several times by developers seeking to purchase the land for commercial development. They always refused. Jean Wilson told them, “I don’t want to sell the land. I don’t want it cemented over. I want to preserve it.” In fact, when Pima County condemned a strip along the southern boundary of the property in order to widen Ina Road, Dick Wilson demanded that they move every saguaro and replant it on their adjacent property.

After opening the Haunted Bookshop in 1979 on Northern Avenue, the eastern boundary of the site, the Wilsons began planning their next project – a park. “At first we just went out and put down some lime to make a path and marked the names of some of the plants and bushes, but then it started to snowball.” The path gradually grew into a loop trail meandering a half-mile into the surrounding desert. In 1980 they received a citation from the Tucson Audubon Society for saving the desert green space and opening it to the public.

Tohono Chul is located in the Casa Adobes suburb of Tucson. It incorporates three shops (La Fuente, La Galeria, La Entrada) and Greenhouse two art galleries (Exhibit House – three spaces and Wells Fargo Foyer Gallery) seven different theme gardens and three easy to walk trails. What consolidates a visit is a meal at the Garden Bistro which incorporates the original hacienda and Hummingbird Garden. TripAdvisor rates Tohono Chul a No. 8 of 258 things to do in Tucson and rates the Garden Bistro a No. 43 of 1567 restaurants in Tucson. The food is Sonoran inspired and the prickly pear margarita is a favorite. Nurse Nancy 12 chimed in with her experience in late May, “Our group of six had lunch here today. Wow! Great meal. I had the chicken salad on a croissant and the soup of the day which was roasted red pepper—everything was excellent. And the prickly pear lemonade—yummy! Be sure and try it when dining here. Setting is so beautiful—we sat out on one of the patios. And the service is five star!”

The PCQC was formed in 2009 and makes regularly scheduled field trips throughout the year. All Quail Creek residents are invited to the monthly meetings the second Wednesday of the month at the Madera Clubhouse. For current events and further details go to the club’s website at http://www.pcqc.org.