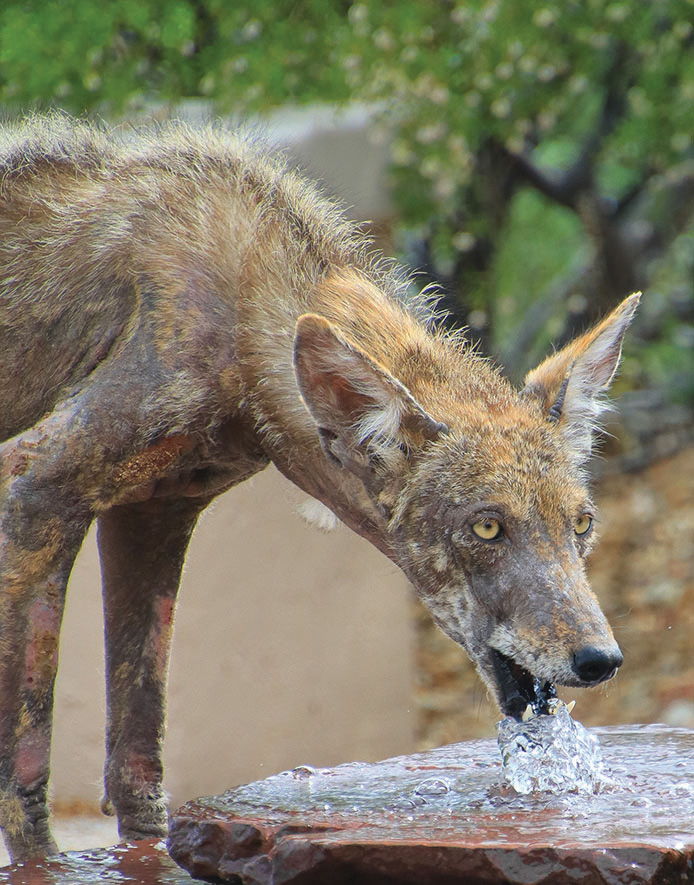 I suppose everyone has noticed how pathetic some of our coyote visitors are looking. I became concerned enough to take action when I saw one with mange, that had scratched about a four inch wide wound in himself. I called the Tucson Wildlife Center to see if they would be able to capture and treat him. They referred me to the Arizona Game and Fish Department. I was informed that they also would not be interested in a capture, as this stresses the animal as badly as having the mange does. I did, however (from the discussion and their website information), learn how we can all help, or as it turns out, stop trying to help.

“A coyote gets mange when their immune system gets compromised, generally happening from poor diet,” said Locana De Souza, Urban Wildlife specialist. I asked how they could have a poor diet when there are quail and rabbits everywhere? Apparently our intervention, trying to feed them, may be part of the mange problem and is also against the law (ARS-13-2927 up to $300 fine). When they end up in neighborhoods, they eat the handouts people leave for them or trash where they can get at it. An easy lunch, but not the best diet.

For more interesting information about our urban wildlife, visit www.azgfd.com.