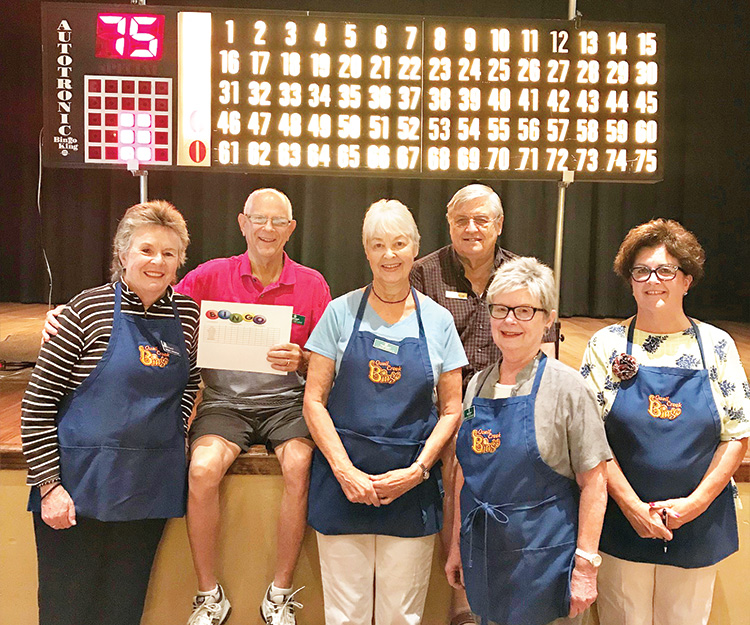 Bingo in Quail Creek began in February 2012, a brain child of Gil Lusk. Once our Class A Bingo license was approved by the state of Arizona, we formed a committee of volunteers and started our monthly bingo games in the Crystal Ballroom. Bingo has been a tremendous success, with a monthly attendance of between 200 and 300 players. During our winter season, we have seen as many as 360 players. A starter set of bingo cards (three cards per game) is $10 and a pro set (six cards per game) is $20—the price of admission. Players must be age 18 or over, according to the law. If you dine at the Grill the evening of bingo, your receipt will earn you one free card for the blackout game, in addition to the cards you purchase.

A night of bingo includes fifteen games, with two short breaks, one after the first and second five game sessions. The bar is open and an array of snacks makes the evening complete. It turns out to be a major social event for many, but there are some very serious players. The games tend to pay off between $100 and $350 each, which depends on attendance, with the final blackout game (all numbers called on one bingo card), paying up to $1,000. Our caller makes the games interesting and each night is slightly different and full of surprises.

Please come and join us in the Bingo parlor at our next game night on Thursday, Oct. 17.