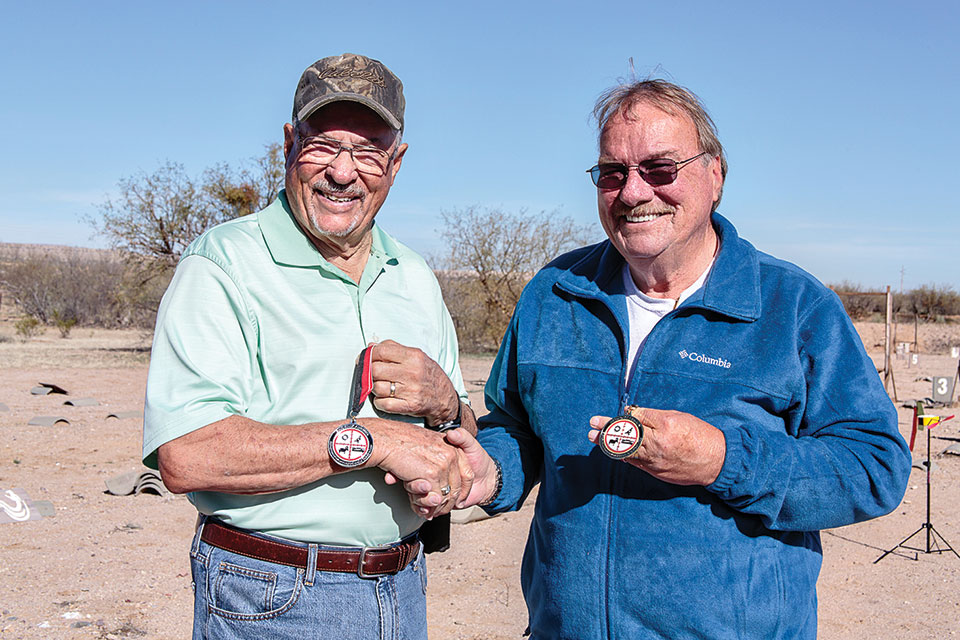 On February 4, two Quail Creek residents, Mike Schlesinger and Jack Mercer, went to Phoenix to shoot in an air gun competition sponsored by the Phoenix Air Gun Club. The match took place at the Rio Salado Sportsman’s Club in Mesa and was an all-day event. This air gun match was sanctioned by the U.S. Air Rifle and Bench Rest Board of Oxnard, California.

Quail Creek has a Robson chartered Air Gun Club which oversees our air gun range off of Campbell Road next to the Quonset huts just past the fire station. The club members set up and maintain this range which includes an indoor pistol range and outdoor rifle/pistol range. Jack Mercer states, “Our range is open to all Quail Creek residents. We hold casual shoots on the second and fourth Saturday of each month.” Jack goes on to say, “We invite any of our residents to come out and try air gun target shooting. We always have extra rifles available for folks to use.” The outdoor range has both paper targets and metal knock-down silhouettes and distances from 25 to 75 feet.

In the past two years, the Quail Creek Air Gun Club has hosted two major events at our range. The first was the International Extreme Bench Rest Invitational which brought air gun shooters from all over the U.S. and several other countries. Last year we hosted an open event for our members and members of the Phoenix Air Gun Club. Mike Schlesinger states, “We will be hosting another invitational event here at Quail Creek on March 25. We hope to continue to host air gun events here as we continue to develop and improve our range.”

Both Mike and Jack are at the range shooting mostly every morning as are many of our members. We invite any of our residents to come and check us out. You can visit our website at www.qcairgunclub.com for more information about the club.