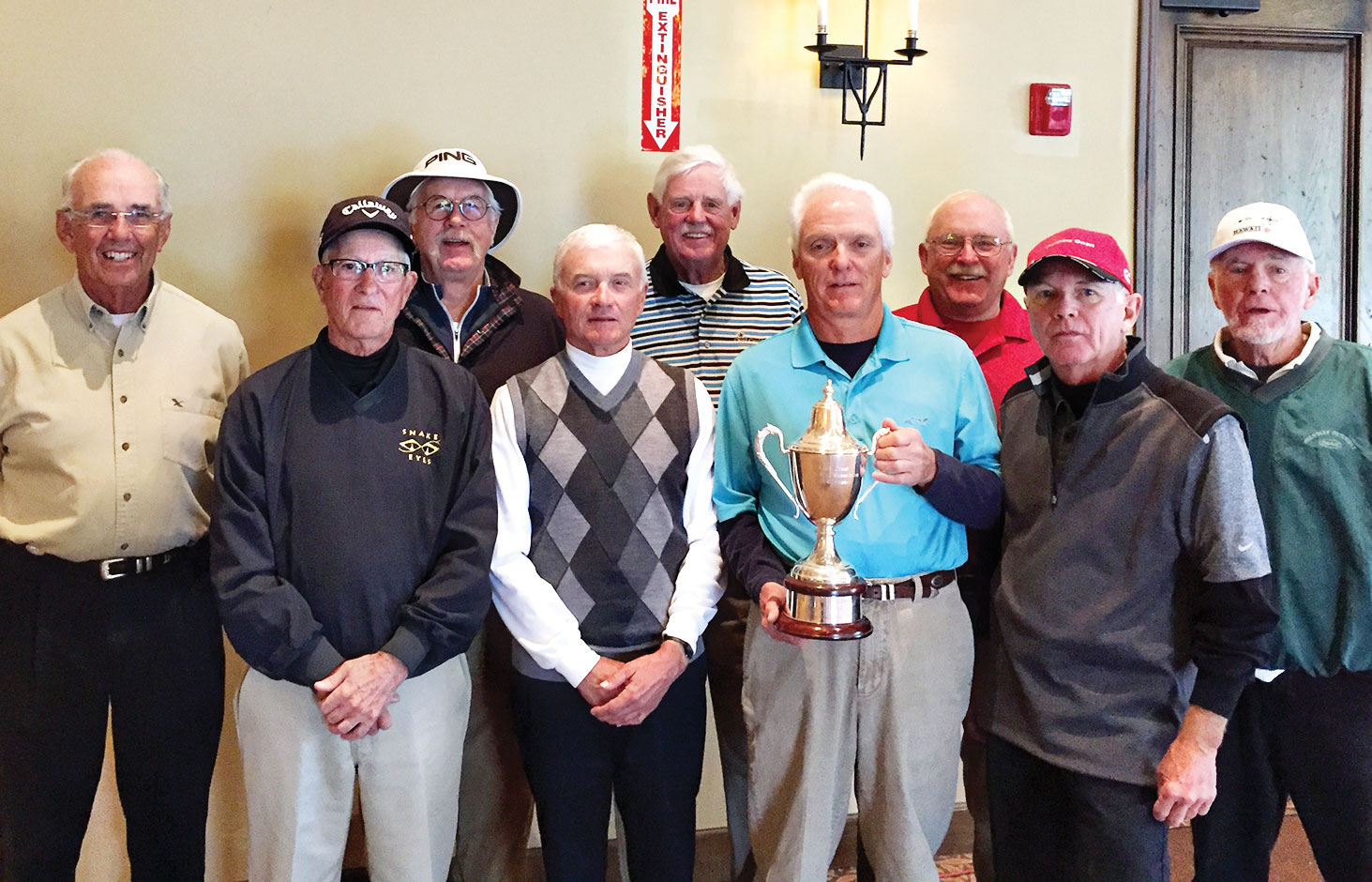 To be the Club Champion at Quail Creek or one of the additional seven flight winners, you needed to play three days of consistent and three winning golf rounds in mid-November. The field began with 79 players with some dropping out of the competition after experiencing difficulty in shooting reasonable scores on the first two days. Of the three days, Thursday, November 17, the second day of the tourney, provided the greatest challenge with winds gusting in the 20 mph+ across the 18 holes being played that day. Scores reflected this added dimension of difficulty, rising well above normal handicap levels. Only three players in the whole field broke 80 that day.

Three sets of tees were used this year with the championship flight playing from the gold tees, the bulk of the field from the silver tees and for the first year there was a copper tee flight. Gross scores only were used in the championship flight and all six flights in the silver division. The copper flight competition was totally a net tournament.

Congratulations to Bob Ford who won the championship flight for the seventh time at Quail Creek with all three scores in the 70s—75, 79, and 76 (230). Bob’s game has not diminished over time as most of the other older competitors have had to accept shorter drives and higher scores. Earlier this year, Bob shot 63 a new course record at Quail Creek. Jeff Carmein, last year’s winner, was second in the championship flight recording a total score of 240.

The copper flight winner with a total net score of 206 was Jim Hart who turned 86 years of age in early December.

The Super Senior Champion for men over the age of 75 was Paul Simpson who had a fine gross score total of 249.

A special thanks to Roy Barnes and all his work as tournament chair and to our professional Joel Jaress for handling the score sheets.

The Club Championships in 2017 will move ahead to late August prior to over seeding when the golf course is in its best condition.

Congratulations to all winners.