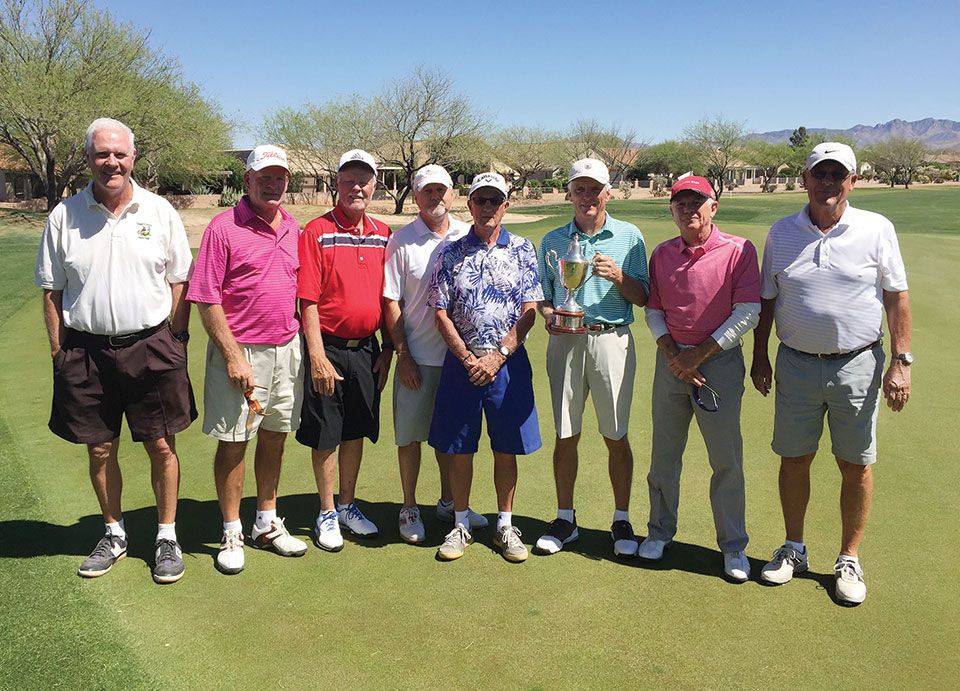 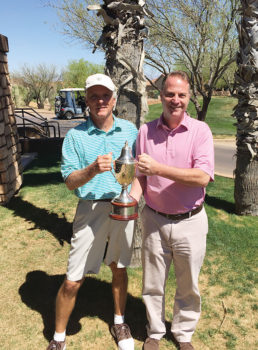 Club Champion Bob Ford receiving the trophy from Head Professional Joel Jaress. This was his eighth time winning this event.

The Men’s Club Championship was favored with three days of great weather for its premier individual event of the year. Playing in March rather than in the traditional November time frame enabled our snowbirds to participate this year. The courses were in good condition and the greens were very quick. Our field had totaled 68 players.

There were seven different flights in the field – the Gold Flight from which the champion would come, five silver flights and one copper tee flight. All flights were based on gross scores with the Copper Flight the only flight where net scores determined its winners. Leaders at the top of the leaderboard shifted each day in the different flights. Coming from five strokes behind after the first round, Bob Ford held a three shot lead going into the third round in the Championship Golf Flight and emerged as the overall winner for a record setting eighth time at Quail Creek by five strokes with a score of 226.

Although there is no special award for being the Super Senior for golfers aged 75 or over, Paul Simpson won for the second time this year with a score of 244.

Here are the flight winners from all seven flights: