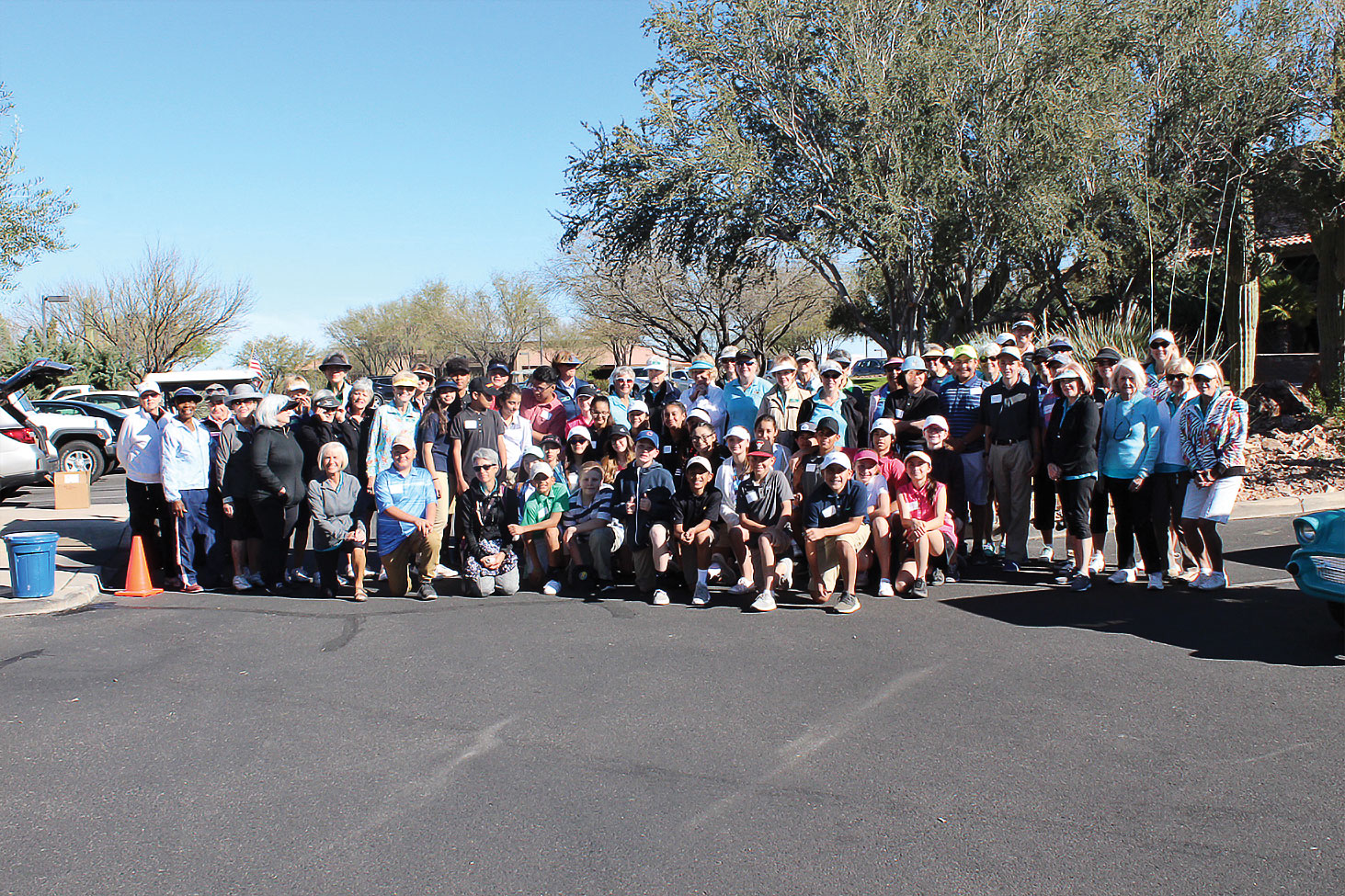 For the tenth year, the QC9LGA (Ladies 9-Hole League) hosted 18 boys and 18 girls from the Continental Middle School for the Junior Tournament on March 29. Each team consisted of two students and two ladies in a 4-person scramble.

To prepare for the tournament the 6th, 7th and 8th grade students learned the basics of golf in a two-week PE golf unit. In addition to learning how to swing a golf club, the students also learned golf etiquette, manners and integrity in the game of golf. In order to qualify to play with the ladies at Quail Creek, the students had to display good golf skills, show good behavior and pass an extensive test on rules and etiquette. This program was initially started by Steven Lathen, who is now in his first year as Director of Student Services for the district. Mr. Lathen believed that the game of golf was a good way for his students to learn the game of golf and take the life lessons learned into adulthood. The program this year was undertaken by Susan Williams, the current physical education teacher. She was assisted during the two-week unit by Dave Schutt and Cheri Sipe, both of Quail Creek.

On the day of the tournament, the students were greeted by the ladies and escorted to their assigned carts. They were provided with a goodie bag, new golf balls, tees and ball markers and a selection of hats and visors to choose from which were donated by the QC9LGA members.

During the 4-person scramble each player had to contribute a drive. The boys played from the copper tees and the girls played from the topaz tees. Head Pro, Joel Jaress, provided the drive on Roadrunner 5, although there were at least five instances where the teams decided to use their own drives! We thank Joel for his interaction with the students. They were very impressed.

Following the game, the students were treated to hamburgers and hotdogs for lunch. The winning teams were presented trophies for the 1st, 2nd, 3rd and 4th place teams.

Special guests at the luncheon were Roxana Rico, Superintendent for the Continental School District and Steven Lathen. Ms. Rico indicated she was extremely impressed with the hospitality and generosity of the Quail Creek residents.

Cheri Sipe, President of the QC9LGA, thanked Jan Topolski for her organization of the day, along with Patty Zatkin for her successful staging prior to the shotgun start. She also thanked Christi Tucker, who was unable to be present at the tournament this year, for serving in an advisory capacity. Her insight was a tremendous help to us because she has been the driving force behind this tournament for a number of years.

Finally, we thank the Quail Creek Desert Duffers and the Quail Creek Men’s Golf Association for their generous support in donating a significant amount of the funds needed to host this tournament. Their financial support for this important event for these students was very much  appreciated.