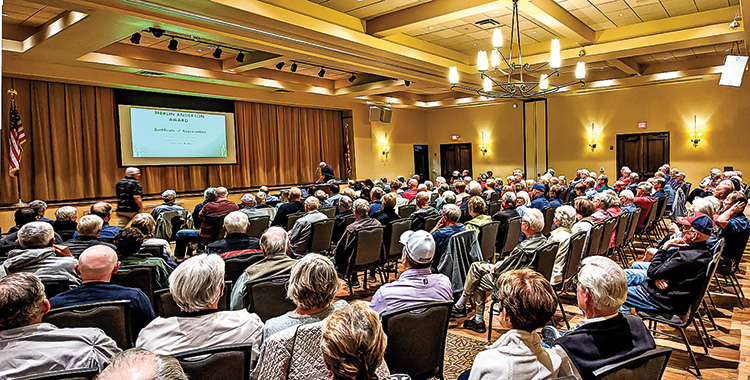 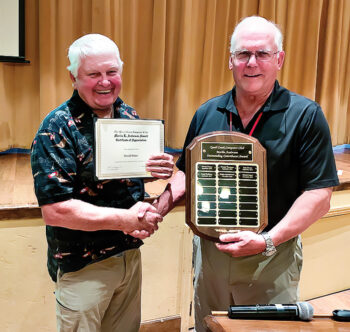 The Quail Creek Computer Club held its monthly general meeting with a presentation and talk on Nov. 19. At the meeting, the Merlin Anderson Outstanding Contributor award was given to Philip Opdenbrouw and Harold Baker. This award, approved by the Board of Directors, recognizes significant and extended contribution to the Computer Club. Contributions should include working in the open labs, being a class instructor or a monitor, and acting as an officer or chairperson of the club for multiple years. Philip was part of the group that formed the QC Computer Club, and has remained active in various roles over the years. Harold was elected to the BOD in 2012 and served as president of the club for six years. Harold was present and was given a certificate by Steve Sanford, current president, recognizing the award, and both Harold’s and Philip’s names are now engraved on the plaque.

Following the general meeting, Steve Sanford presented a talk titled “Cutting the Cord”. This subject resonated with the QC residents as over 150 people turned out for the talk – one of the largest audiences in years. Many people complain that their cable bills are too high, and ask how they can reduce them. Steve presented and discussed the various options available after you cut your cable tv, but retain the internet. Hardware, software, cost, advantages, and disadvantages were among the topics that were covered. The overall conclusion is that the answer to the original question is highly personalized and can only be answered after all the options and details are researched and considered. There is no “one size fits all” answer. Following the presentation, Steve took questions from the audience.

The next general meeting of the Computer Club, open to all, will be Jan. 21 at 7 p.m. in the Madera Ballroom. The budget for 2020 will be presented to the membership for approval.