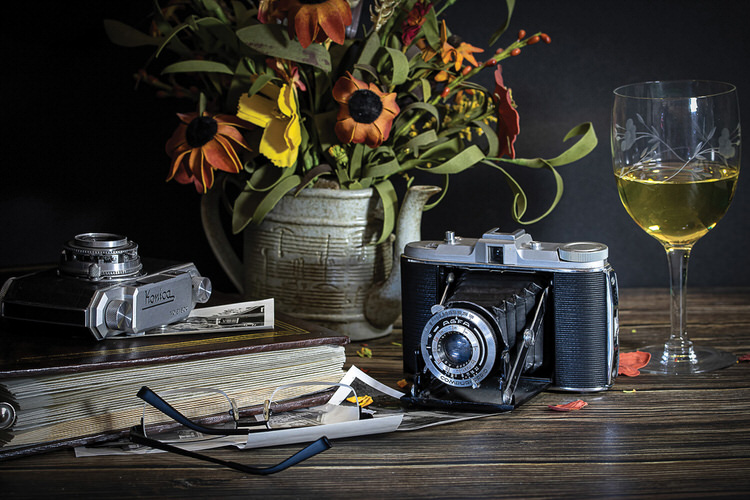 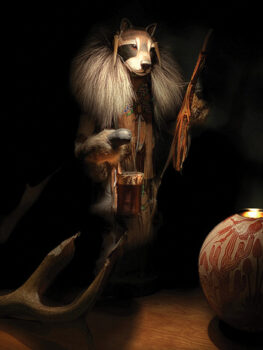 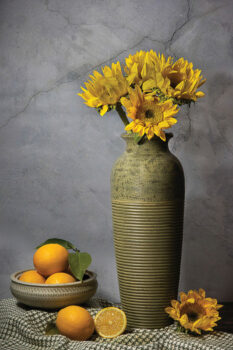 The Photo Club of Quail Creek just completed its 13th quarterly photo challenge, which had a theme of “still life.” Each club member could enter up to three photos, which had to be taken within the calendar quarter. And the photographer/artist could post-process the photo in any way, including using Photoshop filters and manipulation. This challenge proved to be quite popular and drew 35 excellent entries. The challenge was rather unique, as most of the photographers had to create their own composition. Club members voted on their favorite photos. All of the photos can be seen on our Flickr site tinyurl.com/2fw6565c.

Larry commented, “My photo was taken with an iPhone 12 in portrait mode. The picture was taken under normal room lighting, and accent lighting was added and adjusted with the Apollo app. For those not familiar with the iPhone portrait mode, the photo includes depth data (distance from camera) for each pixel of the photo. It is possible to adjust depth of field, add lighting based on distance from the camera, and change colors based on depth data. Many other adjustments are possible, including blacking out the foreground or background or both.”

Ron said, “I loved the shape, color, and texture of this tall vase and thought it would make a great anchor piece in a classic still life composition. All the items in the scene were found around the house (except the flowers). I used two LED arrays to light the scene from the left side. A piece of white foam board was placed on the right side to bounce some light back into the shot to soften the shadows on the vase. An exposure of .4sec @ f10 was used for a depth of field that kept everything in sharp focus.”

Ron commented, “I have a small collection of vintage cameras, as well as a few albums of old black and white family photos. I used those to create a somewhat nostalgic scene looking like someone was mounting photos in an album. And, of course, that can’t be done without a glass of wine. The two LED arrays used to light this scene were placed on the right to emulate the light from a lamp or window. An exposure of .6 sec @ f5.6 was used to soften the focus on items in the background.

The Photography Club of Quail Creek has a monthly photo contest for its members and also schedules numerous photo field trips for members throughout the year. Meetings are held the second Wednesday of the month at 7 p.m. at the Kino Conference Center, Mesquite Room. Room venue could vary each month. Consult the club’s constantly updated website www.pcqc.org as well as the weekday HOA What’s Happening for additional information.