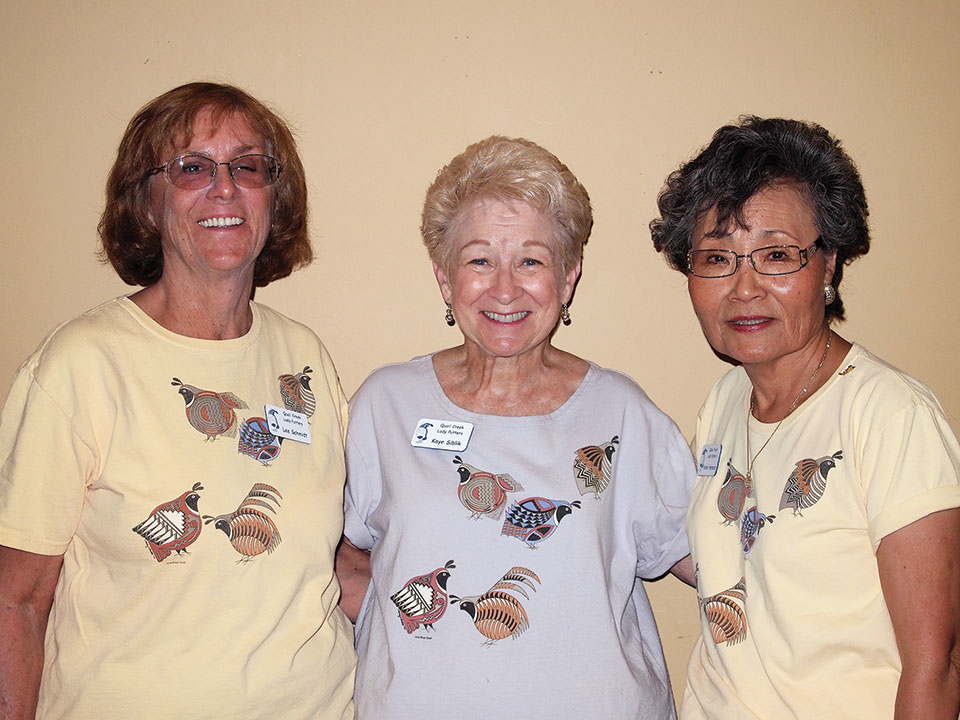 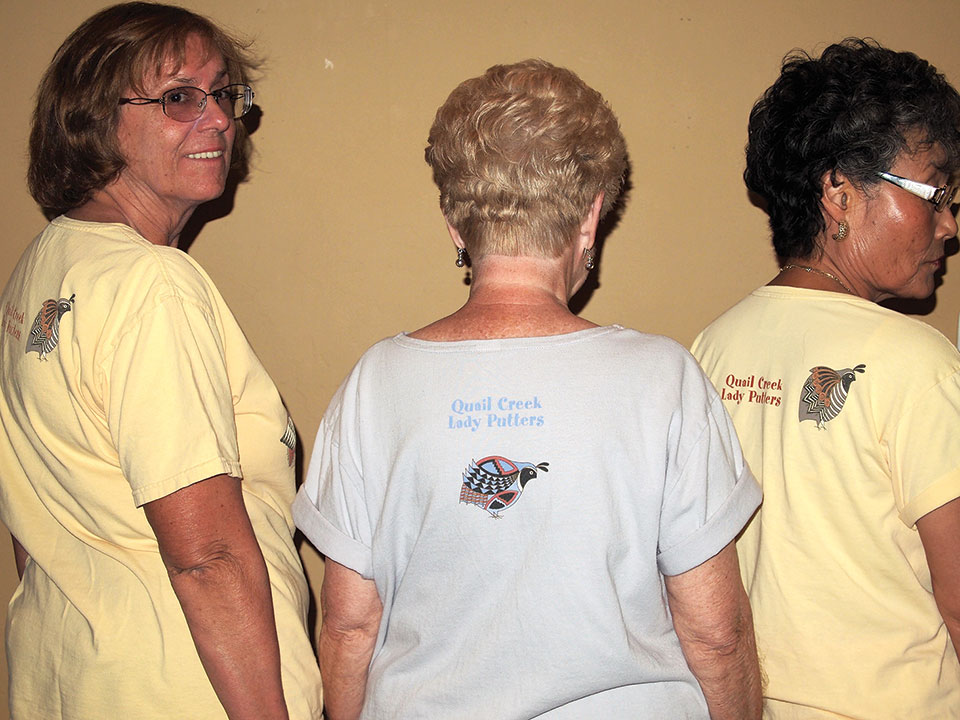 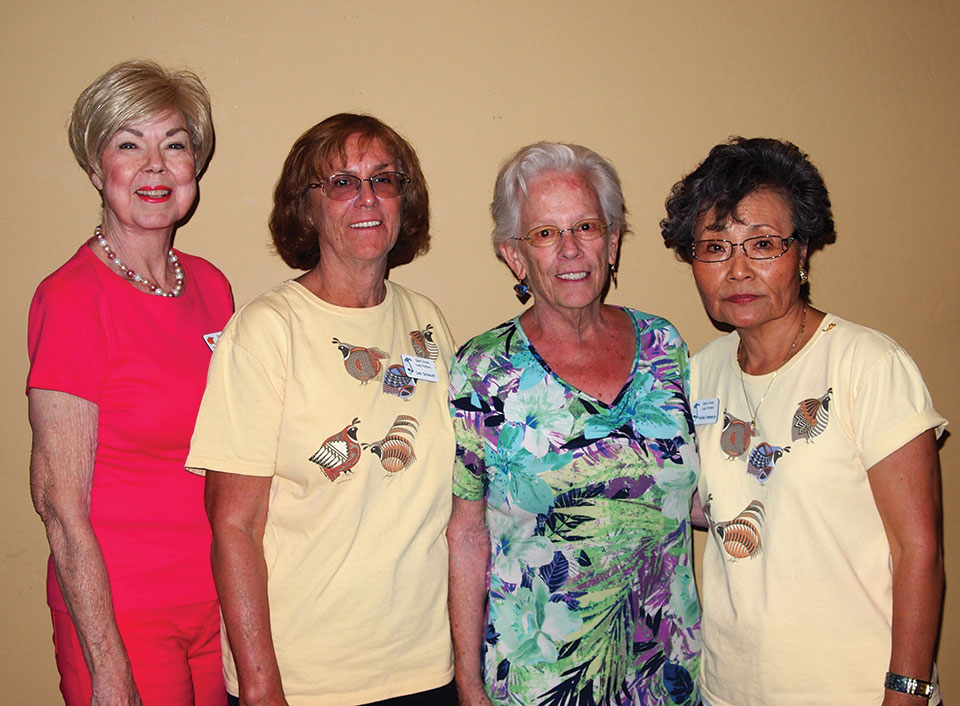 Left to right: Joyce Walton, Lee Schmidt, Fran Hammond and Yoshie Hennessy were among the original members of the Putters. Fran has moved from Quail Creek but the others are still very active and assist with many of the club’s special events; photo by Sylvia Butler.

The Lady Putters had their beginning in 2003 when Fran Hammond moved from SaddleBrooke to Quail Creek. She had belonged to a putting group up there and was eager to see if there was enough interest at Quail Creek to start a similar group. A group of eight ladies visited SaddleBrooke to observe how the putting game was played and then asked the POA if they could start a similar group here.

With approval in hand, the ladies then petitioned the golf pro to allow them to putt on a set day of the week throughout the year. Wednesdays were chosen and the day has not changed since.

When the group first started putting in August 2003 there was no Madera Clubhouse where the ladies could gather for check-in so they met in the upper area of the driving range. The putting green only had nine holes so they had to play the course twice. The fee to putt was $1 and that amount has not changed over the years.

The first president was Fran Hammond and Joyce Walton was treasurer. Other members from the time the club started who are still active today include Yoshie Hennessy, Lee Schmidt and Kay Davison.

From the humble beginnings with about 25 members to 149 today, the Putters have expanded their horizons. They now support an annual Christmas in July event to support the local food bank, have given proceeds from 50-50 raffles to the Food Bank, the Blind Veterans program at the VA hospital in Tucson and the Green Valley Chapter of the Military Officers Association to support their scholarship and family assistance programs.

They also sponsor three annual fun events in which the scores do not affect their handicap—Moonlight Madness in which the ladies putt by the light of a full moon, Rally for the Cure putting competition and the Battle of the Sexes when the ladies compete against their husbands and significant others. Men putting for the first time at the event come to realize that putting 18 holes in a row as not as easy as one might imagine.

In the past few years, they have teamed up with the more serious golfers, both men and women, to do the putting after the organized golf group (Desert Duffers, Lady Niners and Ladies Golf Association) players get the ball to the putting green. And there is also an annual competition between the Quail Creek and SaddleBrooke/MountainView putting groups that alternate as the host club between the two locations.