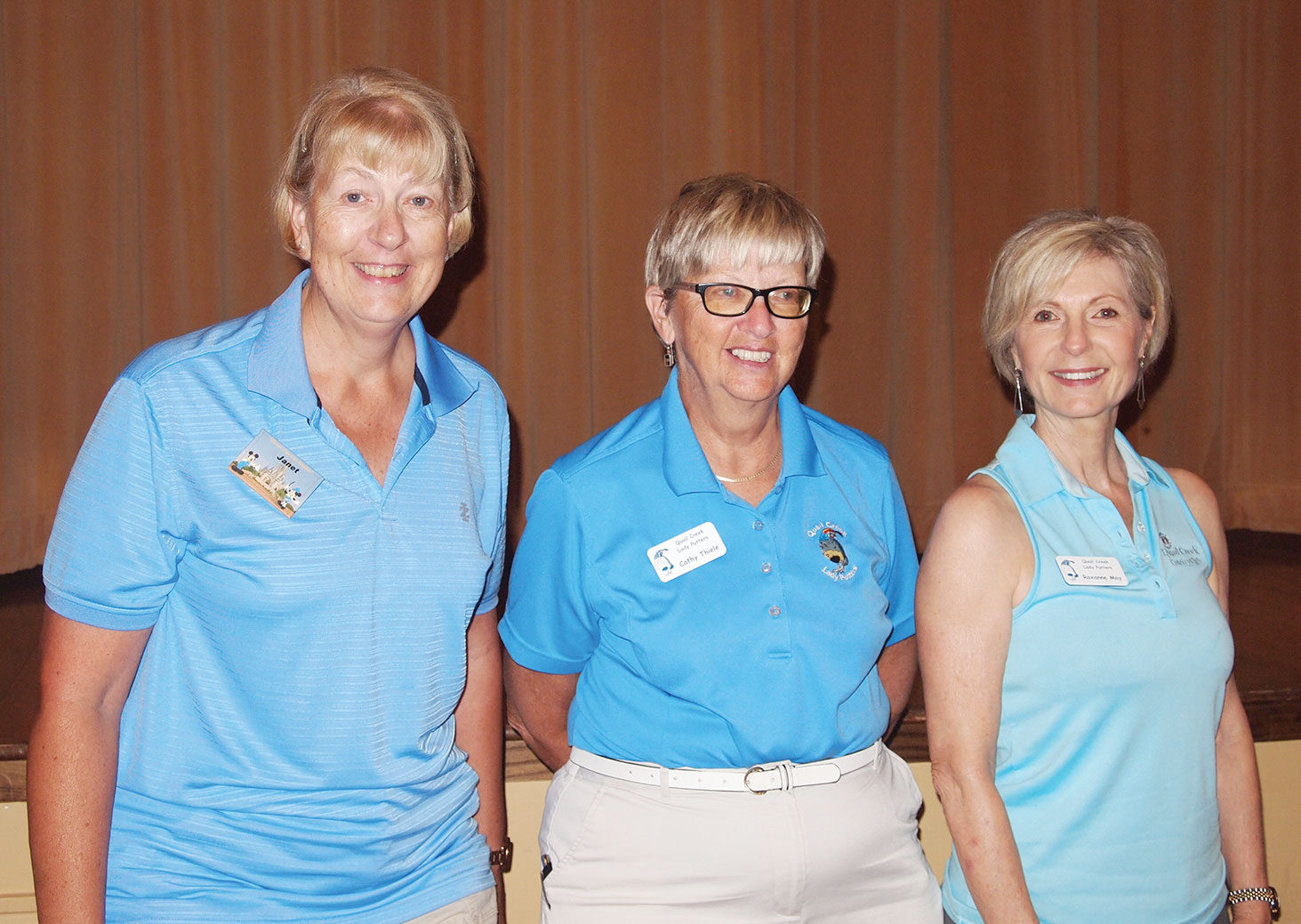 Cathy Thiele, (center) joins Janet Wegner (left) and Roxanne May who recently scored under 40 for the first time; photo by Sylvia Butler. 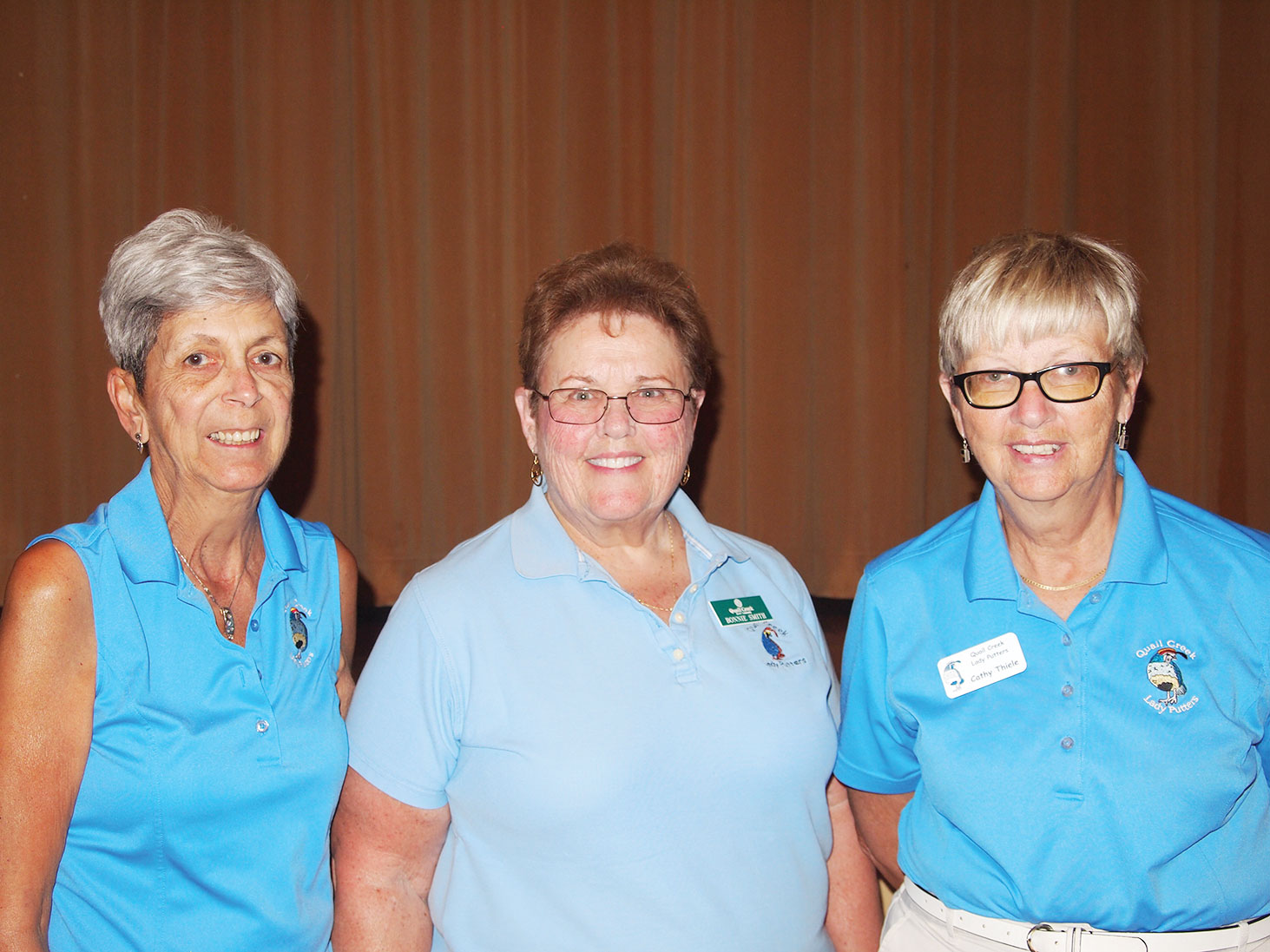 After putting in the morning sun, 38 Lady Putters retreated to the cool of the Madera Clubhouse for a business meeting and brunch. While waiting for the spinach quiche to be served, Putters President Cathy Thiele announced the award winners since the last brunch.

Getting holes-in-one on the Mystery Hole on June 15 were Lee Schmidt and Sylvia Forehand. Each received $5. Bonnie Smith earned the Coveted Quail with a Low Net score of 30.92. Jan Ederle was recognized for having both the Low Gross score of 36.80 as well as getting 11 holes-in-one.

Getting a score of under 40 for the first time in their putting careers were Roxanne May with a 39, Marilyn Gill with a 38 and Janet Wegner with a 37. A relatively new Putter, Jody Sims with a score of 36, was the only one to achieve Par or under for the first time during the six week period.