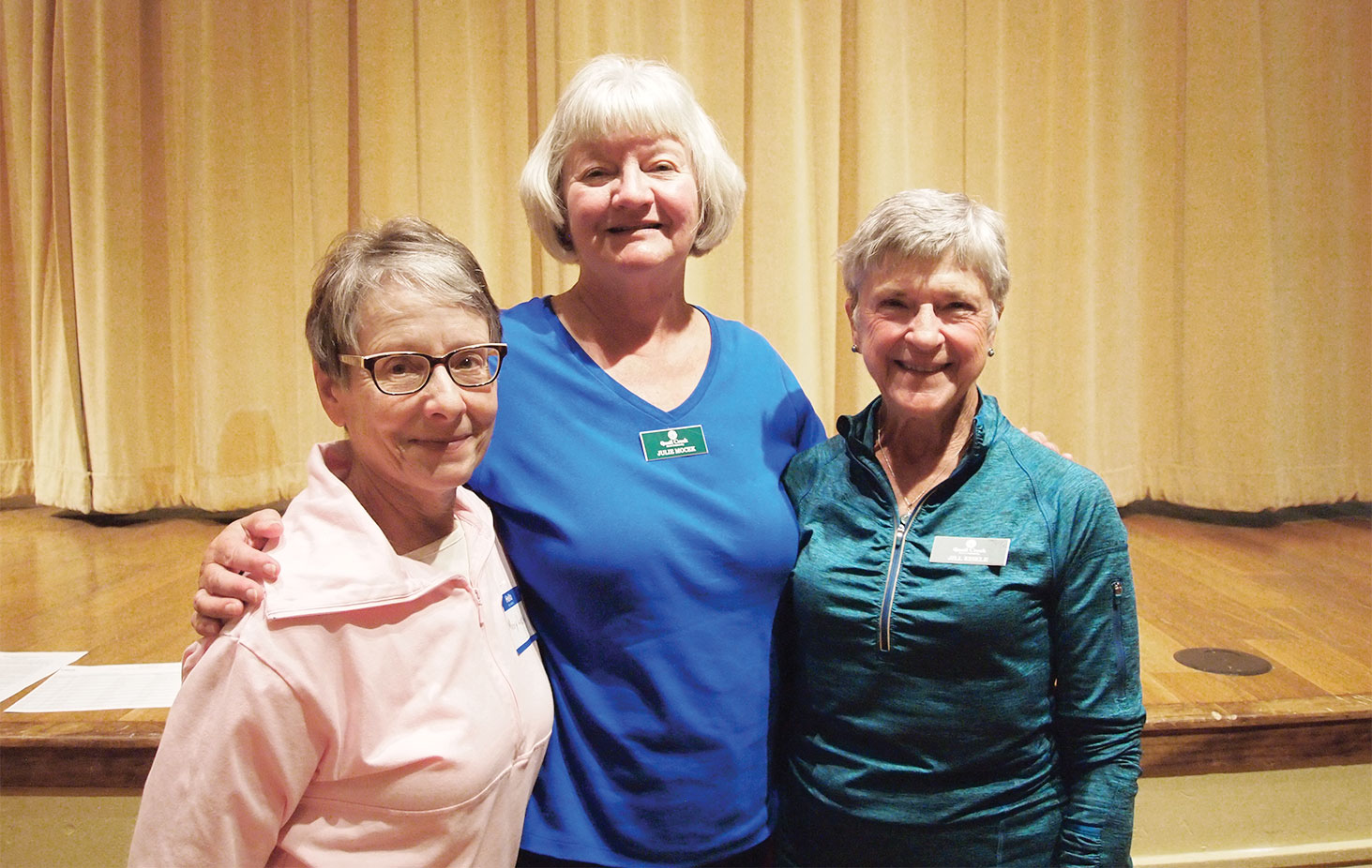 Pam Codd (left), Julie Mocek and Jill Eisele achieved a score under 40 for the first time; Photo by Sylvia Butler. 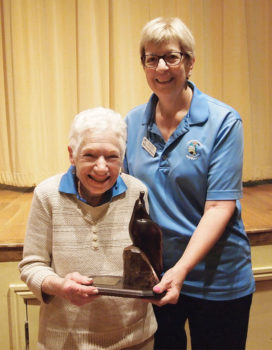 The Lady Putters hosted their first luncheon of 2019 on January 23 and welcomed the winter residents who had returned since their last luncheon. The ladies feasted on chicken Florentine topped off with a decadent chocolate mousse cake.

Along with those members who are often recognized for their putting achievements were several newcomers, most notably Fay Shapiro who has been a Putter for less than two years. Fay had a low net score of 29.20. A frequent winner in one or more categories was Jan Ederle. This time Jan came in with a low gross score of 34.67.

Debbie Ettenger tied with Yoshie Hennessy for the most holes-in-one with 14. Scoring a hole-in-one for the Money Hole, which is considered to be the most difficult, during the preceding six-week period were Donna Bruell, Lou Moultrie, Lynda Pilcher, Frannie Vanselow, Mary Jo Schupmann, Neila Kozel, Peggy Brown and Janet Wegner. Each received $5 for her achievement.

Achieving a score under 40 for the first time in their putting careers were Julie Mocek, Maridell Dixon and Pam Codd, each getting a 39. Mary Liechty scored 38 and Jill Eisele a 37.

Thirty-seven $8 gift cards were given to those who putted four out of six times during the preceding putting period and attended the luncheon.