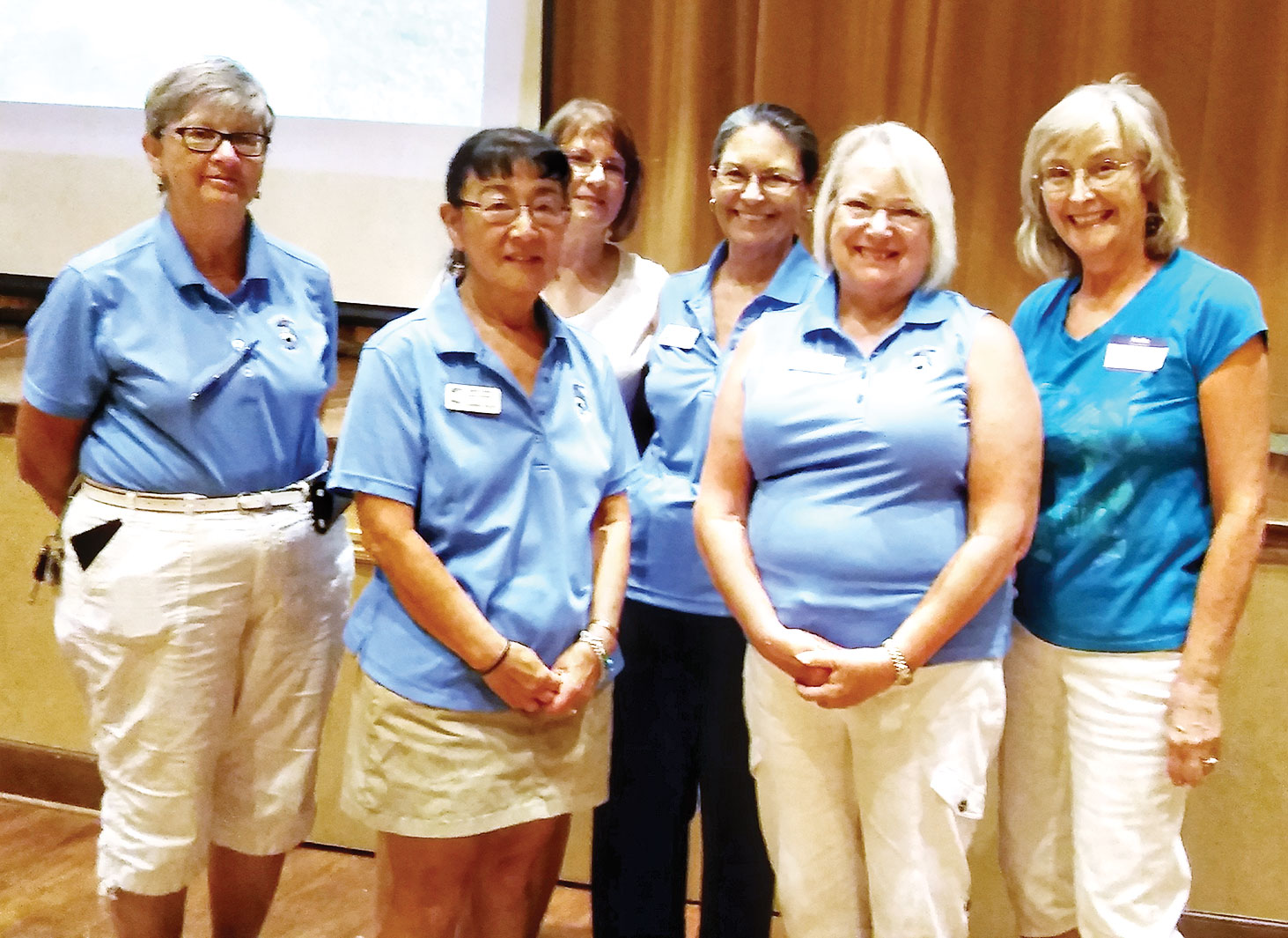 Left to right: Putters President Cathy Thiele shares in the smiles with Jody Sims and Sylvia Perry who both scored 40 and under for the first time; photo by Neila Kozel

The May 4 brunch was the date the Lady Putters gathered to celebrate the victories of the previous six weeks.

After putting 18 holes that started at 8:30 a.m. as they began the summer season hours, a business meeting was held to bring the members up to date on the upcoming events.

Then they got down to the serious business of enjoying the brunch, a Cobb Salad with mixed greens, diced chicken, bacon bits, avocado, diced tomato, cucumber slices and chopped egg. The meal ended with chocolate mousse with whipped cream and wafer.

The winners during the eight week period included Lynda Pilcher with 32.30. Lynda was awarded the Coveted Quail for the lowest net score while Jan Ederle had the lowest gross score with 36.50. Kelly Hines and Dee Waggoner had to share Hole-in-Oneder award with each getting to hold it for three weeks. Each got 12 holes-in-one.