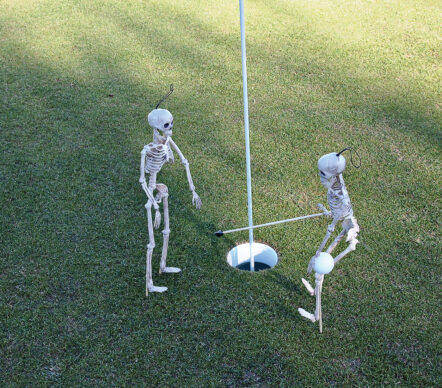 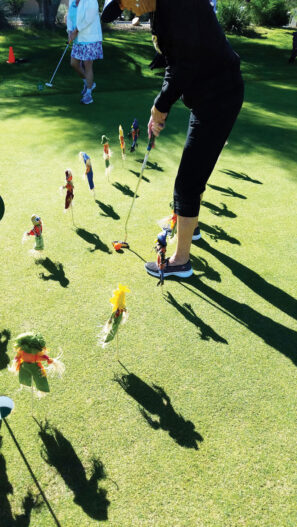 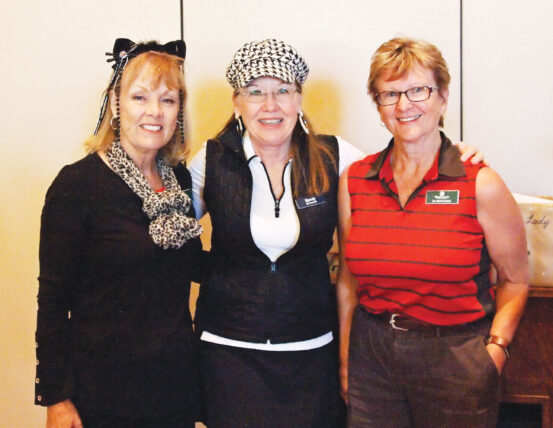 There were witches, Russian spies, cowgirls, hippies and a clown, among a host of other looks as the Lady Putters took to the putting green on Halloween. And it wasn’t just your plain vanilla putting green but rather one full of surprises to include putting with the broom, without the witch, as well as other obstacles.

After a lunch featuring a Muffaletta sandwich, potato salad and pumpkin pie, the winners for the previous award period were announced. Sharon Prusak got to take home the coveted Quail for safekeeping for the next six-weeks for her Low Net score of 33.2. A Low Gross Score award plaque was presented to Sharon Schoen for her attaining a 36.8. Joyce Walton had a whopping 16 holes-in-one and received the hole-in-oneder trophy.

Berta Zader, Gail Schreiber, Jeannette Jarmin and Kristi West each scored a hole-in-one on the money hole, the hole believed to be the most difficult by those who set up the course.

Achieving a score of 36 or lower for the first time in their putting careers were Carol Marich, 36; Cathy Stevens, Dani Palmer and Sandy Dinnocenti, each with a 35 and Diane Minuskin with a 34.

Eighteen ladies were announced as getting a score of 40 or lower for the first time.