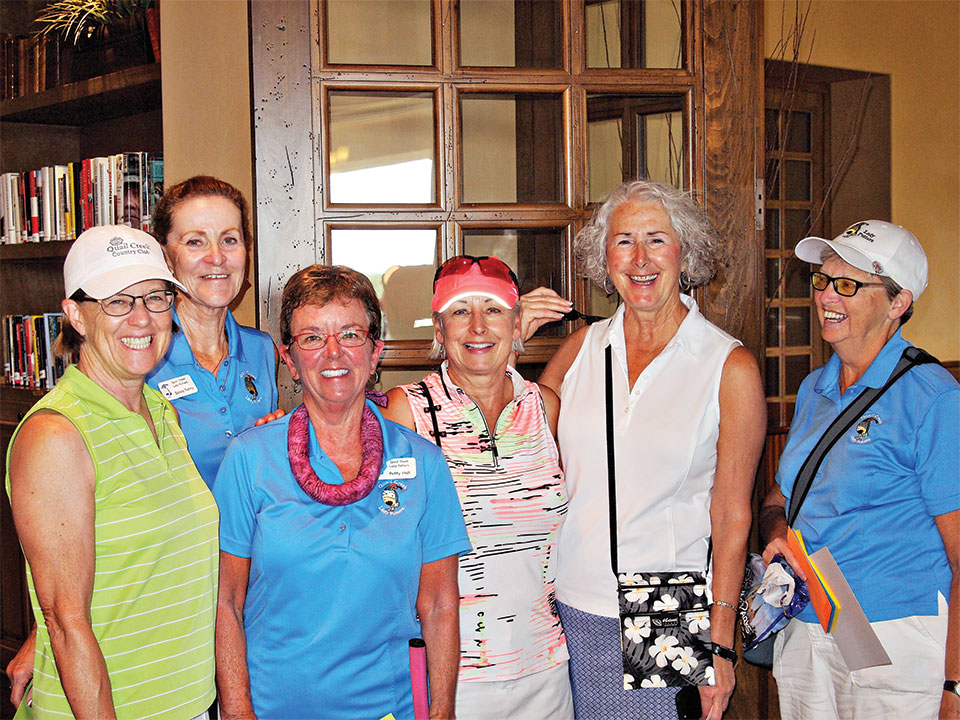 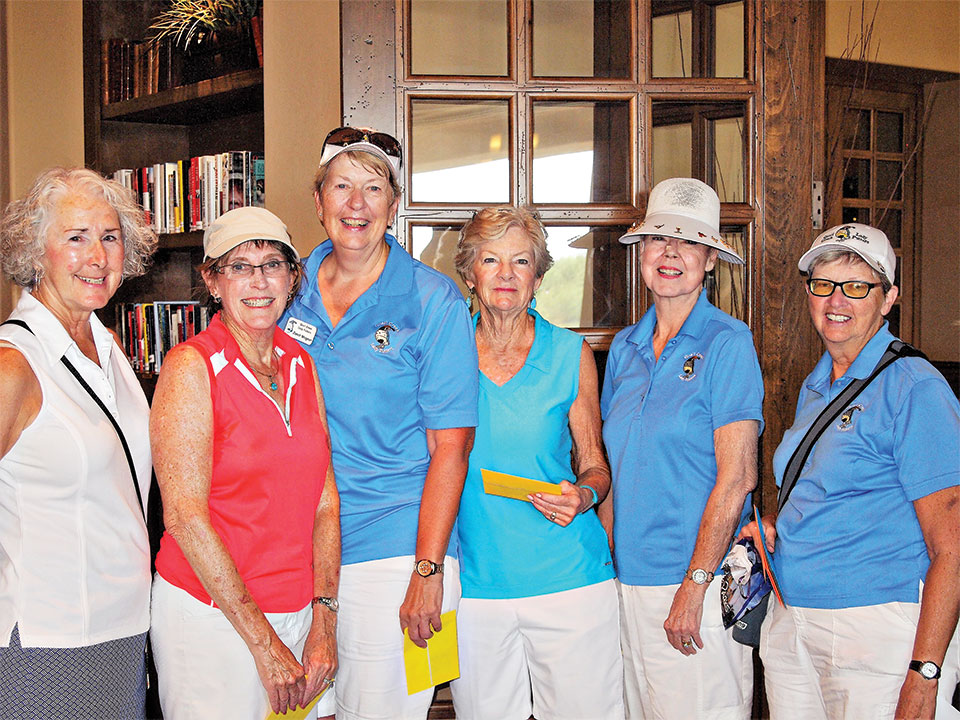 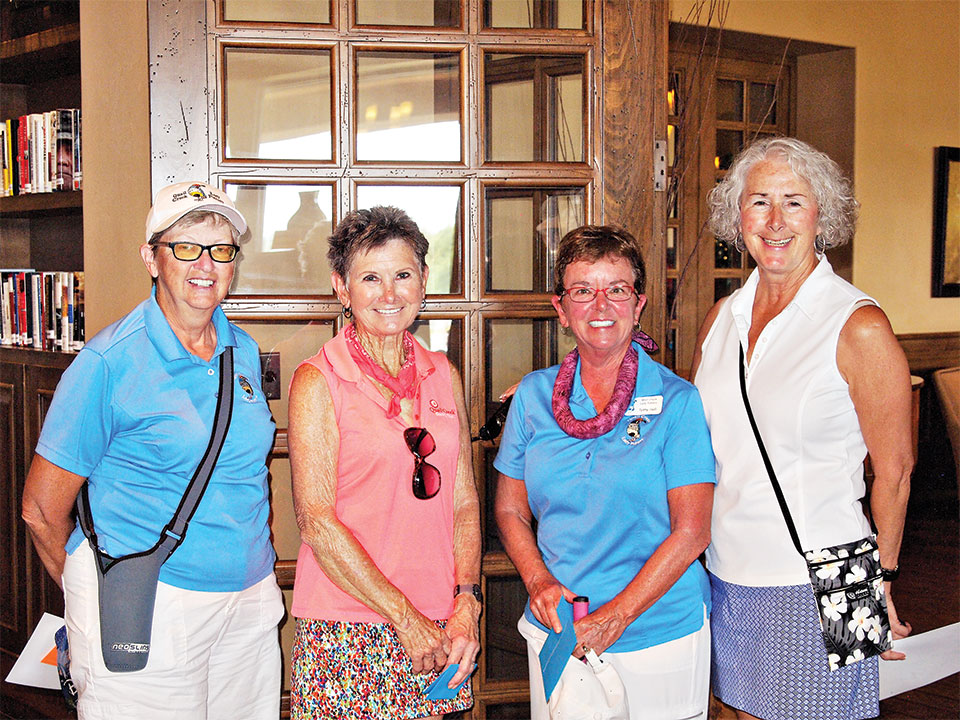 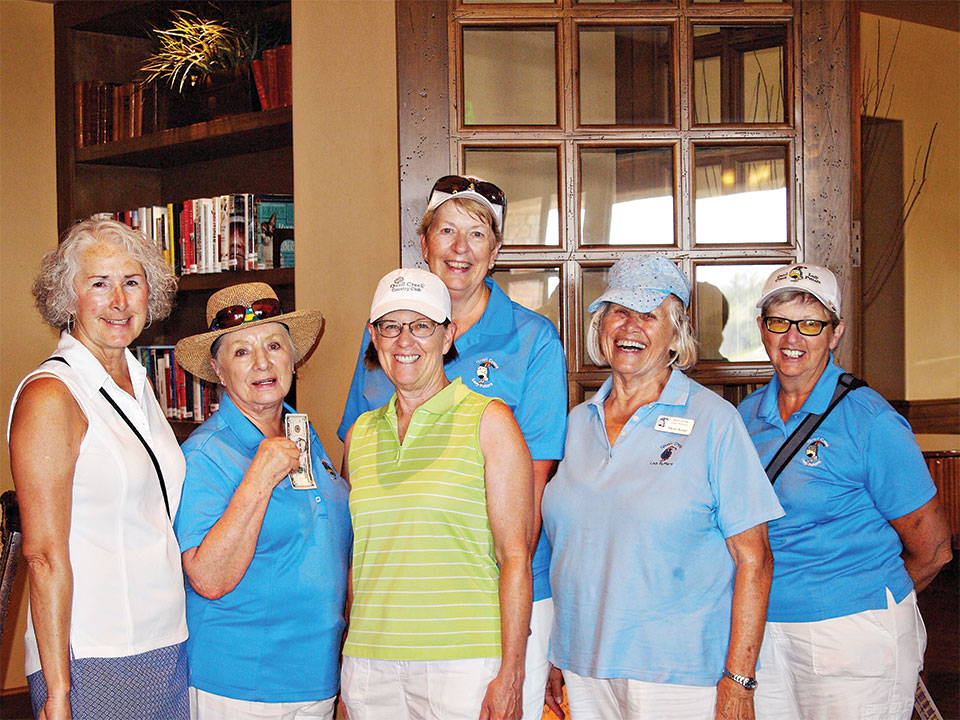 Despite the extreme heat advisory, 37 brave ladies came out for the annual Putters/18-Hole lady golfers’ event. As soon as the announcements were completed, the ladies moved to the putting green ahead of schedule. Since not all the holes had players assigned to them, play proceeded quickly. As the last player finished at 8:35 a.m., the thermometer registered 99.

After they finished, the ladies went to the buffet table where they chose refreshing fruit, muffins and Danish pastries. They quickly moved into the clubhouse to enjoy the food.

The 1st Place Team with Patty Hall, Rose Welliver, Sylvia Perry and Kathy Stotz had a composite score of 155. Each player received $15. Janet Wegner, Lindsay Dickinson, Joyce Walton and Sandra Hrovatin took 2nd place. Their score of 157 earned them $10 each.

The lowest individual score for the Golfers was Christine England with a 35 and for the Putters Patty Hall with a 37. Each was awarded $10 for her achievement.

Golfer Rose Welliver had three holes-in-one and earned $5. There was a 3-way tie among the Putters for the most holes-in-one with two each. Janet Wegner, Frieda Hyles and Neila Kozel each won $5. There were no winners for the Money Hole.