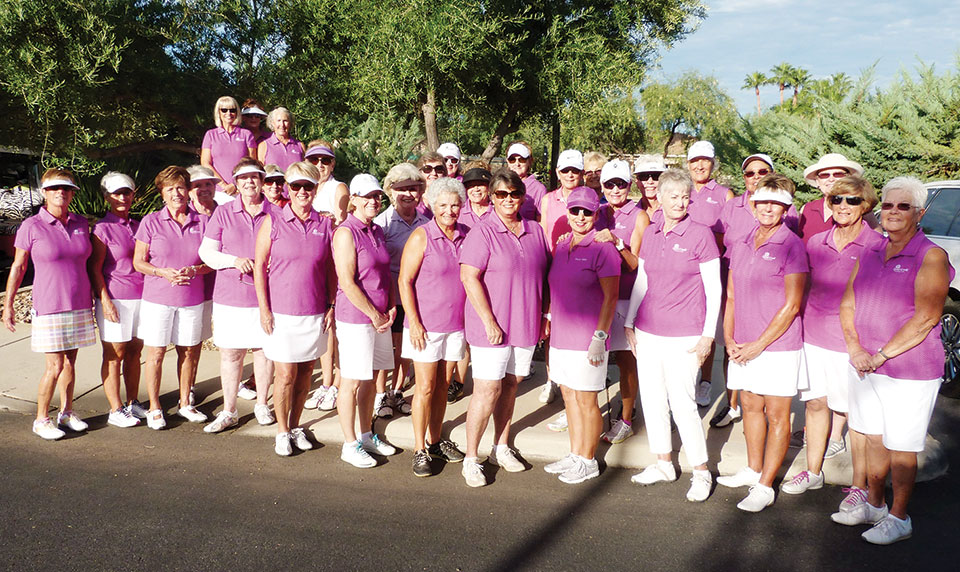 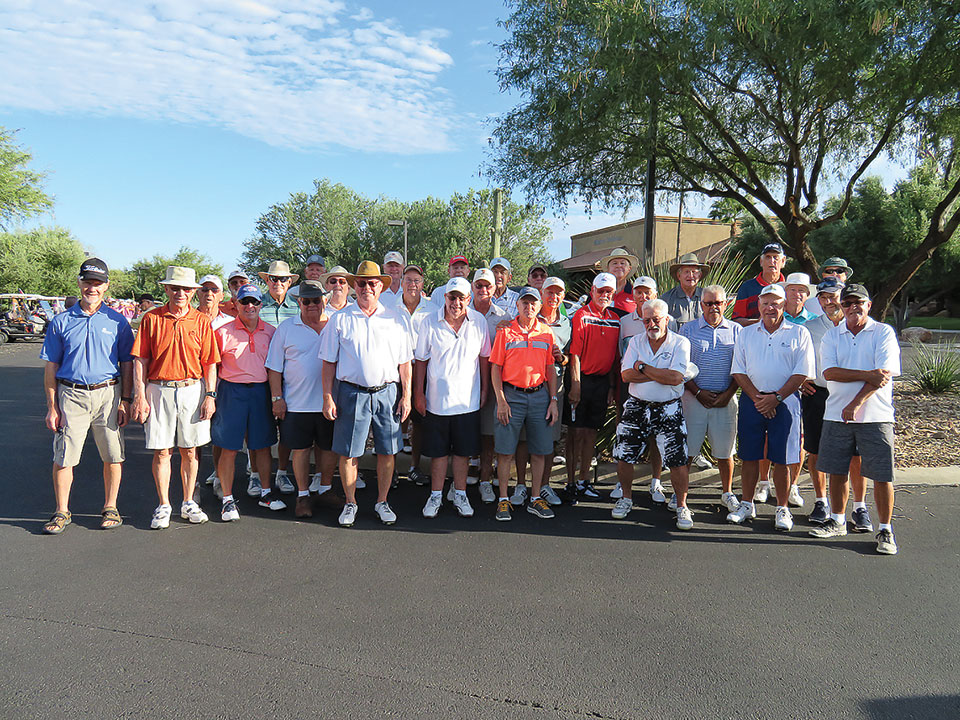 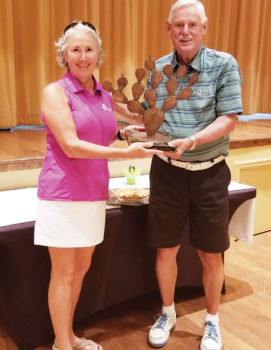 The QCMGA and QCLGA battled for supremacy to win the ‘Prickly Pair Trophy’ – the one tournament that pits the women against the men – on August 3, 2017, for the sixth time. This year, we had 32 players from each side compete in a match play format that totaled points per hole played and then were all added together for each team to determine the winner this year. The competition looked close early in the scoring. The first page of scoring showed the ladies up by a narrow margin. But the final tally revealed that the ladies had prevailed again with a total score of 148.5 to 139.5 for the men. The difference amounted to one-half point per match – a very close competition. The tally now is four wins for the ladies and two for the men.

Mike Wonner, VP of the QCMGA, chaired this event this year on behalf of the men. He had strong support from Doug Detman and Bonnie Wilcox to create an enjoyable competition between the men and the ladies at Quail Creek. In 2018, the QCLGA will handle all arrangements for this continuing competition.

The ladies’ edge seemed to come from their wearing identical uniforms they comported for this event, while the men’s team had no uniformity in their apparel.

After lunching with the foursome you played with, QCMGA President Tim Phillips presented the Prickly Pair Trophy to QCLGA President Chris Gould while Chris presented the trophy for second place – Humble Pie – to Tim. Golf can be humbling for all who play and compete. The men will remember, once again, that second place was not where they wanted to be.

Congratulations to the ladies!