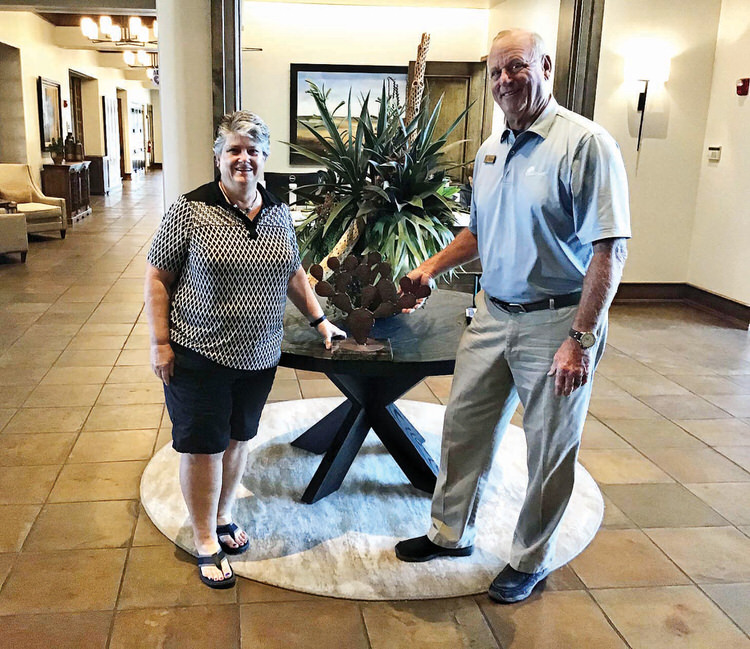 Each year, this tournament pits the Quail Creek men against the women in an 18-hole match play event to decide a winner of the coveted “Prickly Pair” trophy. Winners this year were the men’s team players.

In nine years of play, the women have won five times and the men four. It’s very competitive, and bragging rights for a year go along with the trophy.

Sixty-four players enjoyed a beautiful day on the golf course and a delicious taco bar lunch after golf. Thanks to all who participated and those who helped with course set-up and scoring.