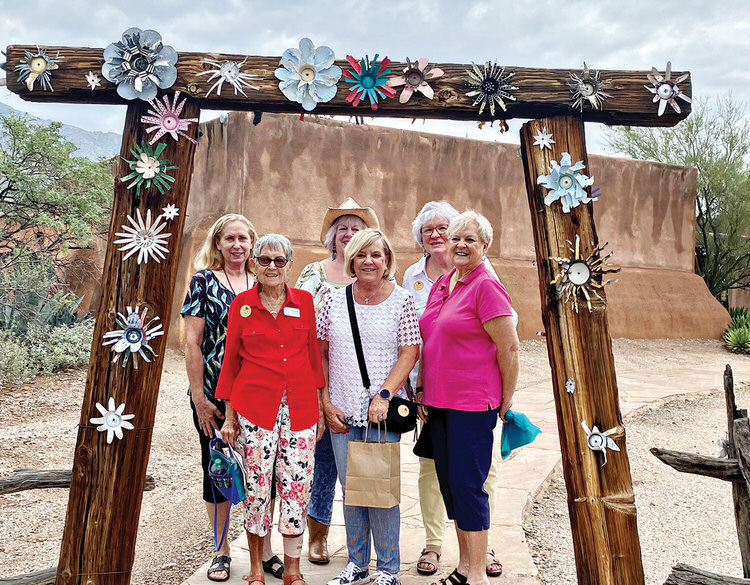 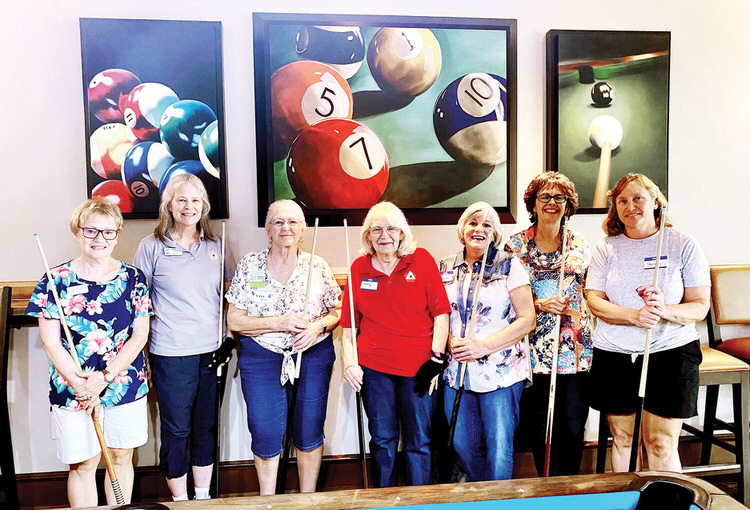 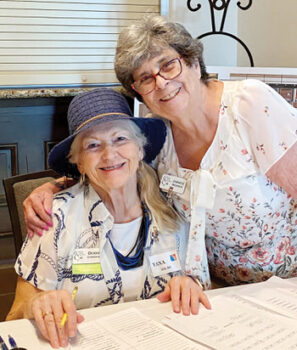 The Women of Quail Creek (TWOQC) are staying active this summer with a series of engaging events and programs. Members enjoyed cooking demonstrations, book discussions, a lesson in playing pool, an excursion to an art gallery in Tucson, and a genealogy program—all in the month of July!

On July 19, the new ongoing interest group In My Kitchen had its second event at the home of Cathy Ollman, who demonstrated some gluten- and sugar-free recipes that don’t require the use of the oven. Several more of these events are scheduled in the coming months to share recipes ranging from whisky fig bread to Asian cuisine. Each demonstration is followed by everyone’s favorite part of the gathering: sampling the dishes and enjoying good conversation together around the table.

The new Genealogy Group (under the leadership of Janice Messer), met on July 20 and Aug. 17 to share research techniques, family stories, and other related topics. Diane Gordon hosted a well-attended discussion on European historical fiction at her home on July 21, and several other TWOQC members chalked up their cues and learned some pool techniques from member Alphie Smith on July 25. They are anxious to practice their new skills when the Billiards Room re-opens after renovations.

On July 23, Bonnie Hyra led an excursion of the On-the-Go group to visit the DeGrazia Gallery in the Sun Museum in Tucson. The gallery features the life work of artist Ettore DeGrazia in the original structure designed and built by him. For most of the group, this was their first visit to the gallery, which is well worth the time. The tour was followed by an enjoyable lunch at North Italia. The next excursion of the “On-the-Go” group was led by Pat Neel on Aug. 25 to the Madaras Gallery’s Christmas in August event, followed by lunch at La Placita Cafe.

On July 26, professional genealogist Debra Kabinier headlined the first TWOQC large group gathering since the beginning of the COVID pandemic. Debra explained how her interest in her own family’s history as a 12-year-old led to a second career later in life. A question-and-answer session after her presentation elicited many anecdotes and questions from attendees. Debra currently serves as the president for the Southern Arizona Genealogy Society, and gives lectures and classes on the topic.

Fun in the Twenties: Flappers, Fads, and Fashion is the theme for the next full membership program on Aug. 30. Members will be treated to a brief presentation about the era, followed by a demonstration and lesson on how to dance the Charleston by Sharon Krueger, Dodie Prescott, and Sandy Boyer. Attendees are guaranteed to have a swell time!