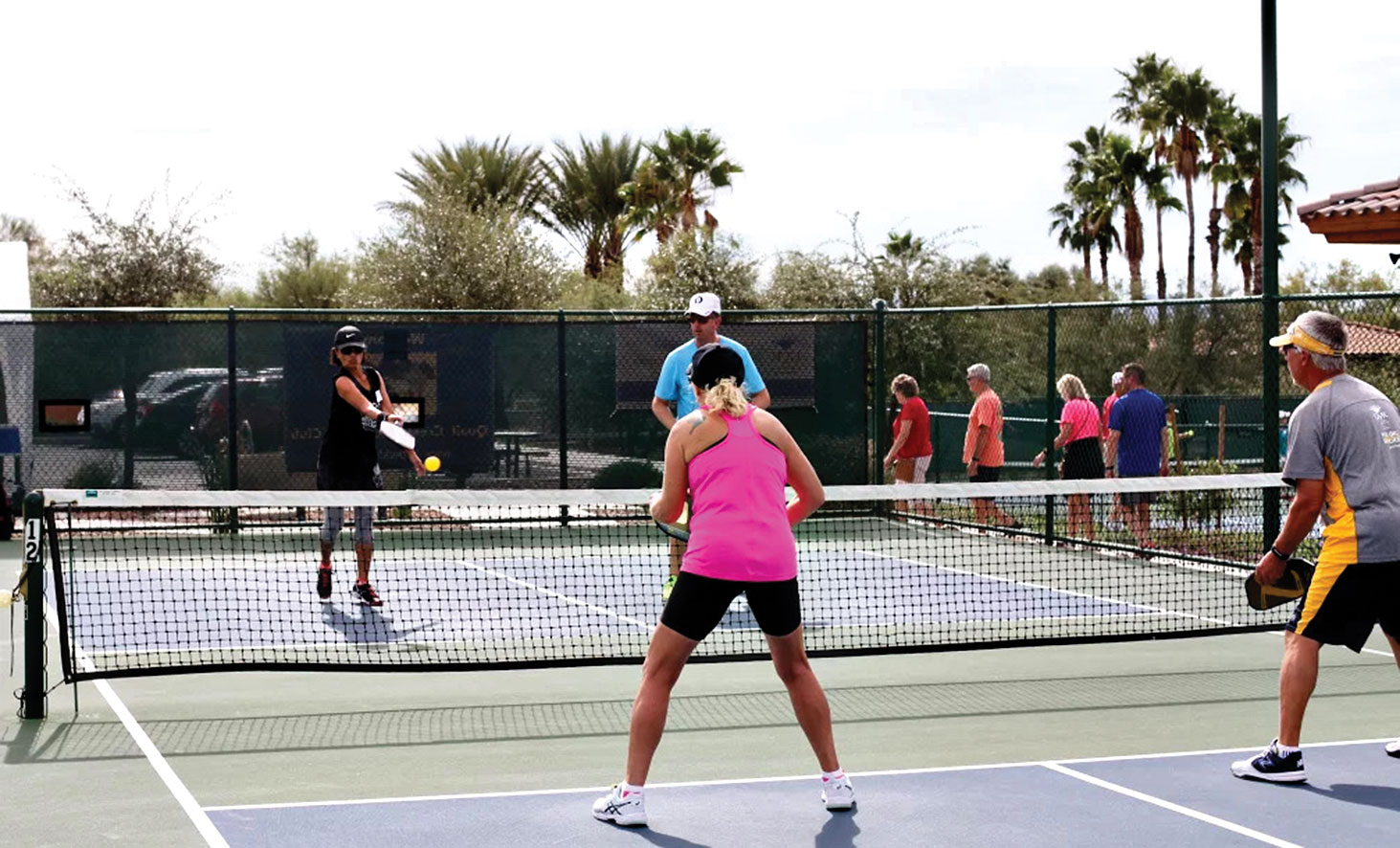 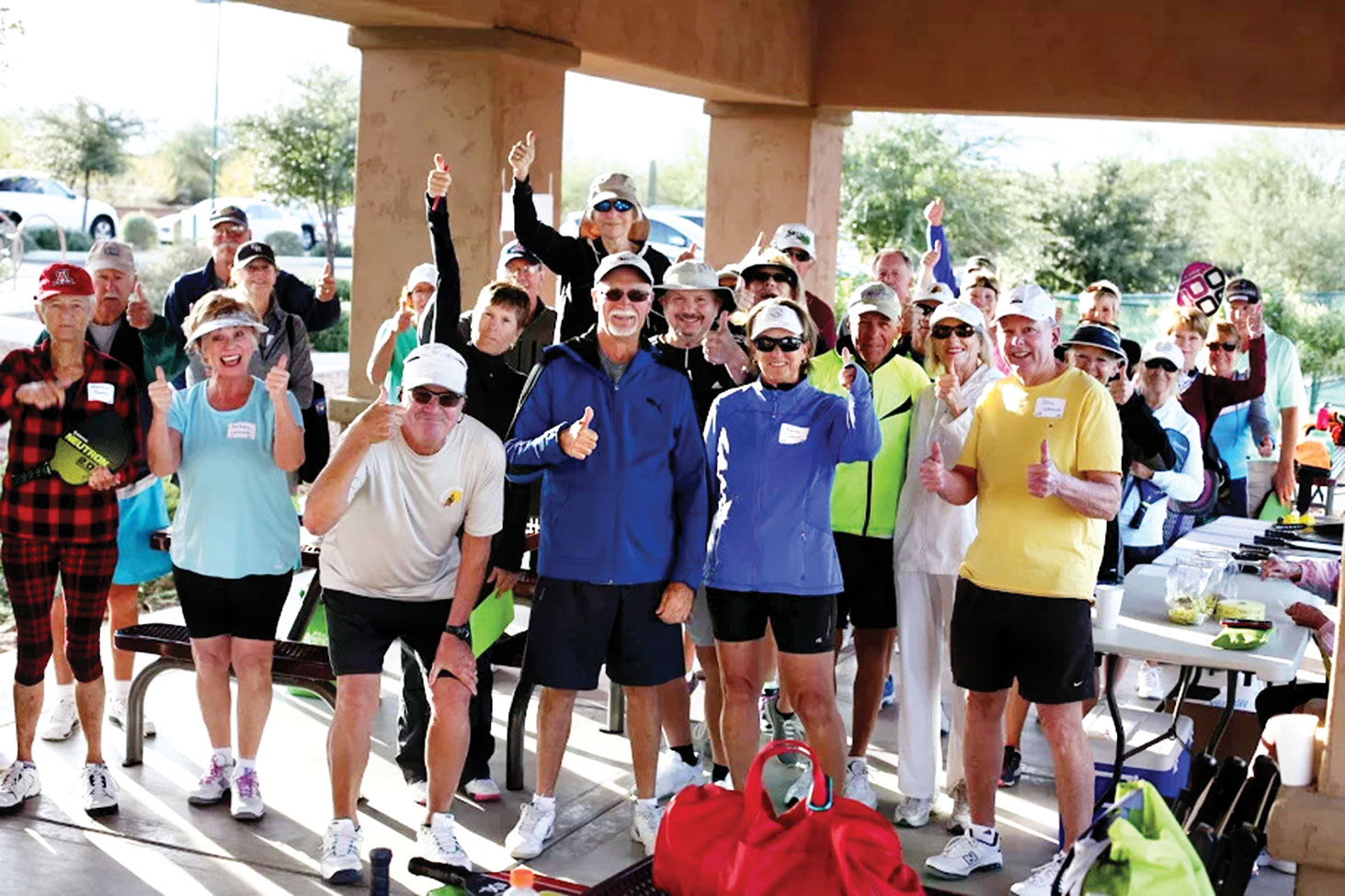 On November 11 and 12, the Quail Creek Pickleball Club held the Blind Date Tournament with all proceeds going to the Green Valley Food Bank and Friends In Deed. This event was co-sponsored by the Green Valley Pickleball Club. The cost of entry to the tournament was a donation to one of the charities. Each player from Quail Creek was randomly paired with a player at the same skill level from Green Valley. Quail Creek players first met their Green Valley partner right before they began playing. The categories of play were Women’s Doubles, Men’s Doubles and Mixed Doubles, each at several different skill levels. About 100 pickleball players participated in this event and there were many volunteers. There was also a bake sale and 50/50 raffles along with the tournament matches. A total of $4,800 was raised to be split between the two local charities.