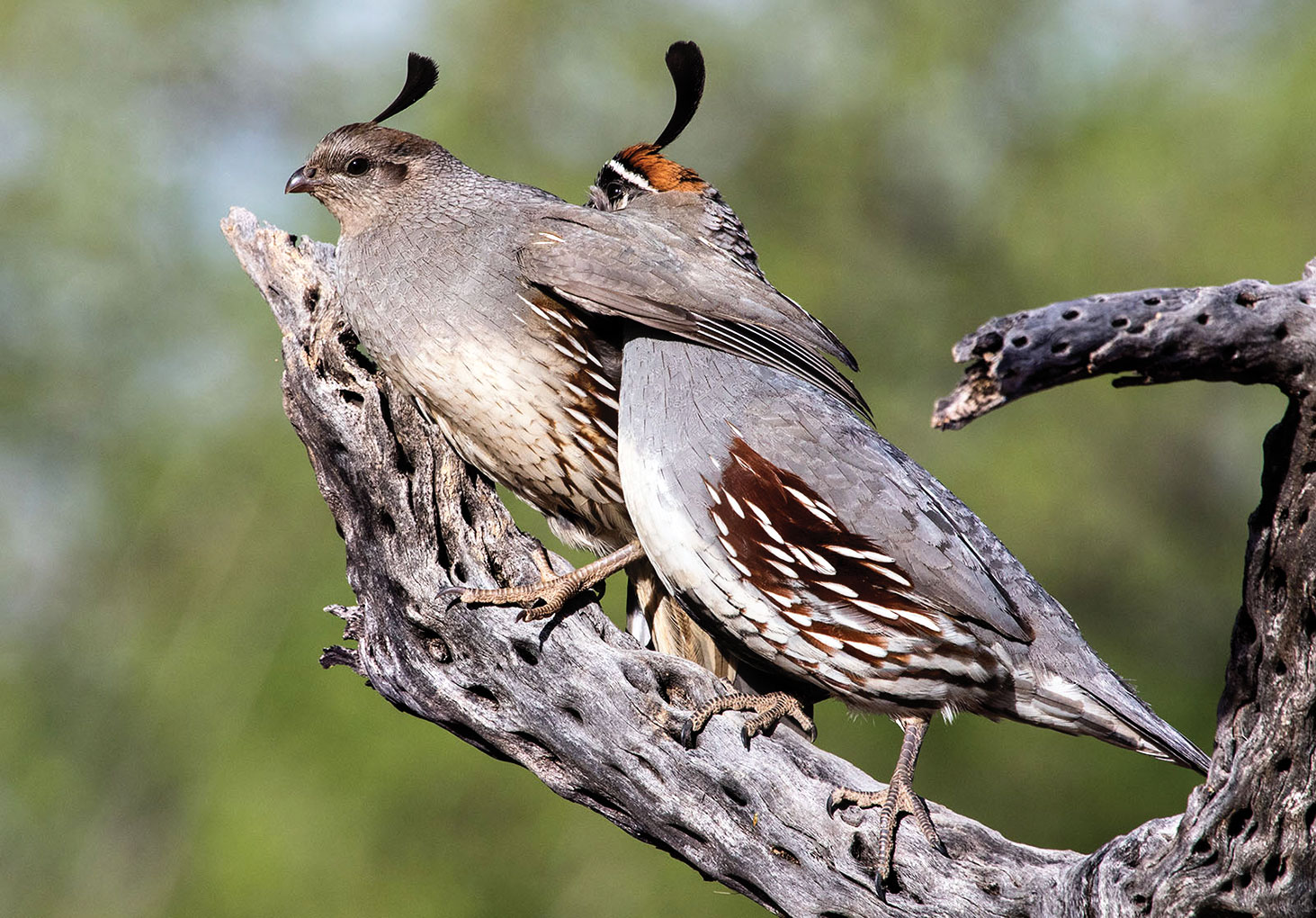 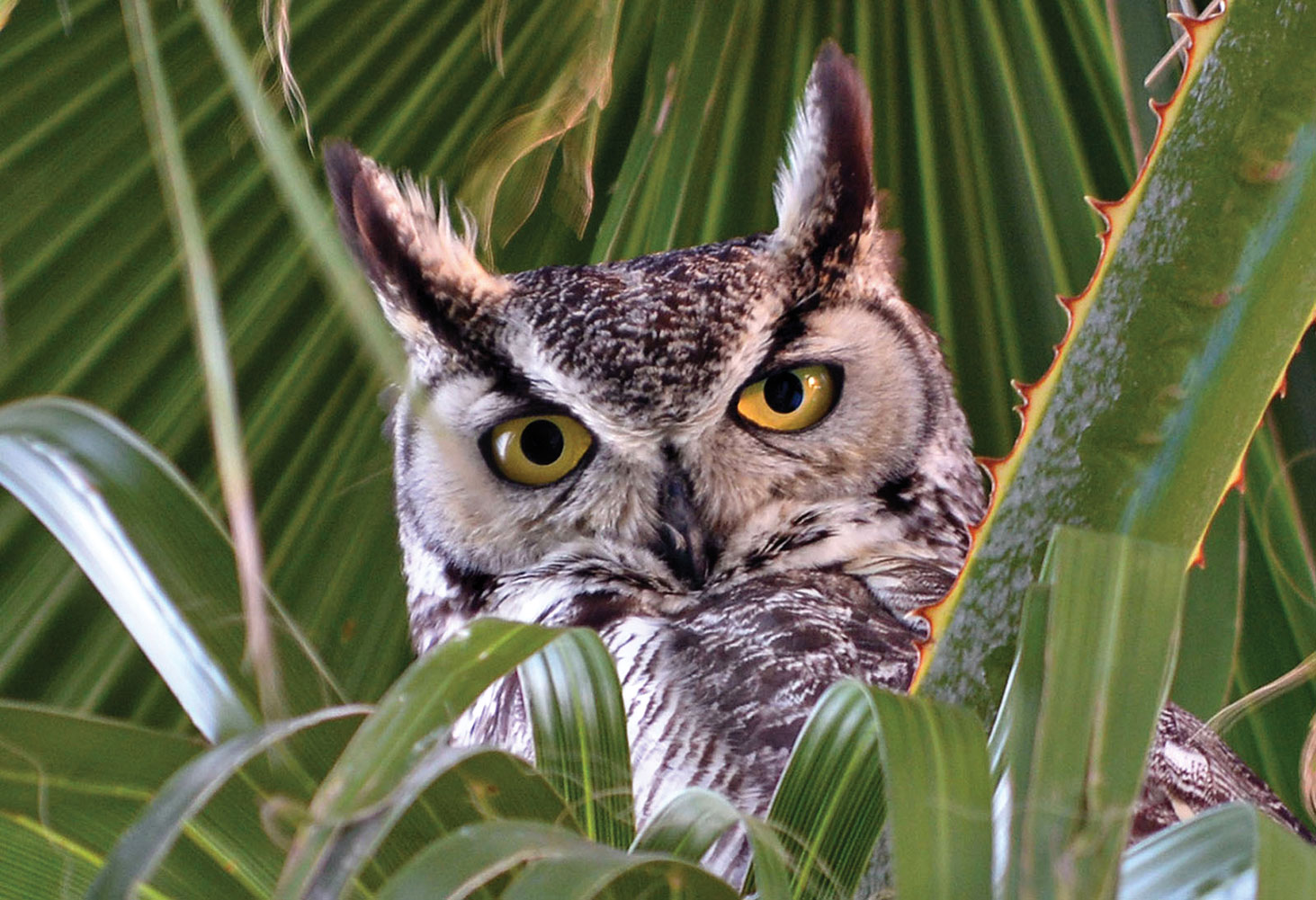 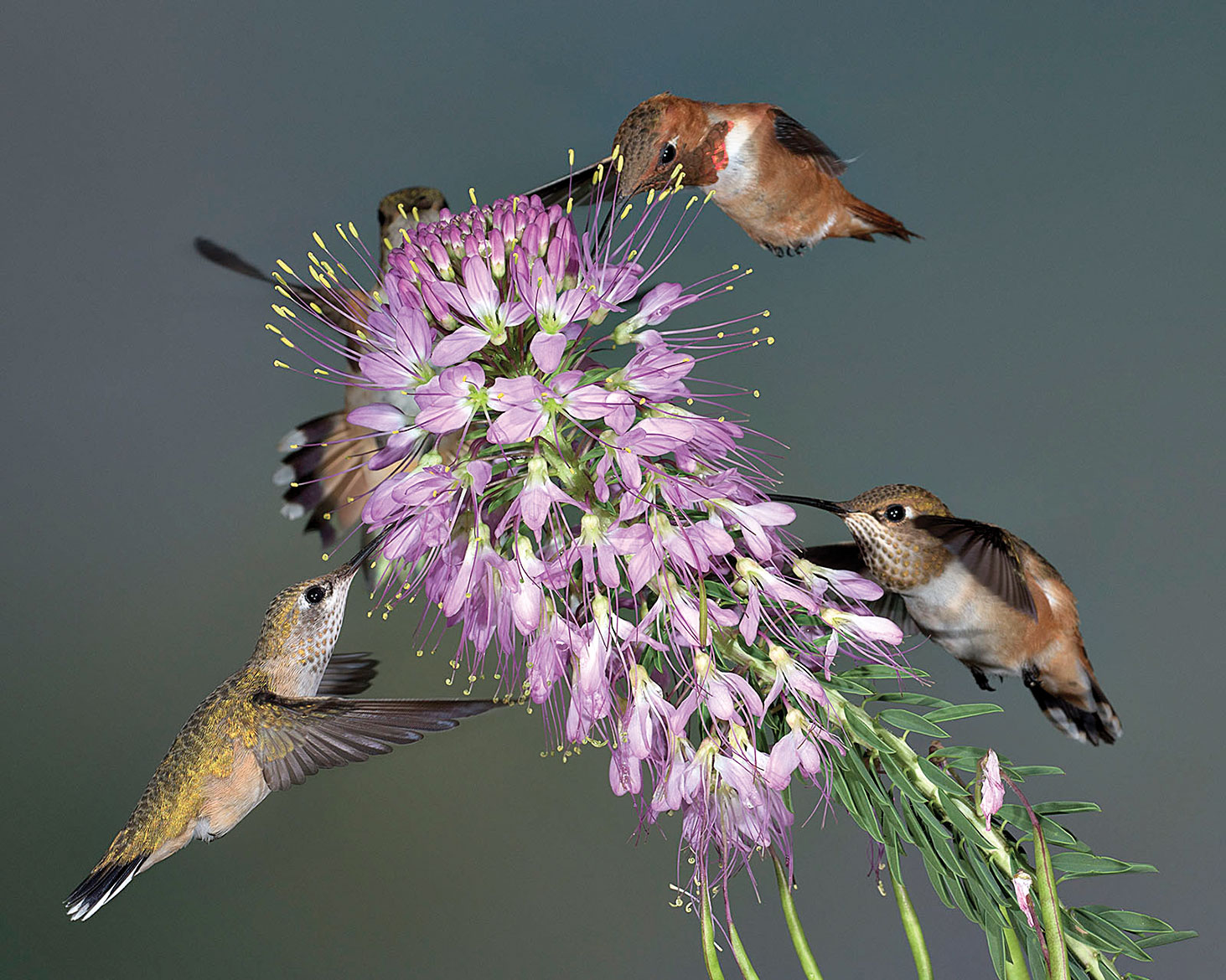 There were 65 entries in the November contest with the topic of Birds. All entries are viewable on the club’s Flickr page (https://www.flickr.com/photos/[email protected]/albums) for choosing one’s own favorite. Jeff Krueger’s first place photo, Affection Quail Style, was taken in April 2016. It was shot at the Bill Forbes bird blind outside of Madera Canyon, a world renowned birding area. Jeff said, “I had heard about the blind and we rented it for a day. This was my first attempt at shooting birds in the wild.” This photo was taken with a Canon 7d Mk II with a Canon EF100-400 lens and a 1.4x multiplier, resulting in an effective 560mm. Shooting parameters included f/11, 1/800 sec and ISO 640.

The photo Daddy Owl by Lauren Hillquist placed second and was taken April 9, 2016. This image was shot away from the nest by about 75 yards in a palm tree here in Quail Creek quite toward dusk – so just great natural lighting. Lauren commented, “The shot has fascinated me what with the lighting, his expression, the colors and the composition I was able to capture in the palm.” It was shot with a Nikon D610 at f6.3, 1/6 second, ISO 400 and 200mm.

Jon Williams placed third for his image Humming Birds Sharing. Jon said, “The ubiquitous presence of hummingbirds throughout Arizona I find to be exciting and inspirational. Accordingly, I utilized the opportunity to attend a Bruce Taubert-led Arizona Highways Photo Workshop at Sipe Wildlife Center in Eager, Arizona last summer. I like this image because it depicts three Rufous hummingbirds simultaneously sampling and sharing the nectar from a single flower rather than engaging in their usual aggressive territorial behavior. Camera used was a Nikon D810 with an 80-400mm zoom lens mounted on a tripod shooting at f14, 1/250 sec, ISO 200, focal length 220mm. Lighting was supplied by five strategically-placed remote wireless flash units manually set at 1/16 power to provide a flash duration of approximately 1/20,000 of a second. Image processed with Photoshop CS6.

The Photography Club of Quail Creek has a monthly photo contest for its members and also schedules numerous photo field trips for members throughout the year. Meetings are held the second Wednesday of the month at 7:00 p.m. at the Kino Conference Center Ocotillo Room. Room venue could vary each month. Consult the club’s constantly updated website, http://www.pcqc.org, as well as the weekday HOA What’s Happening for additional information.