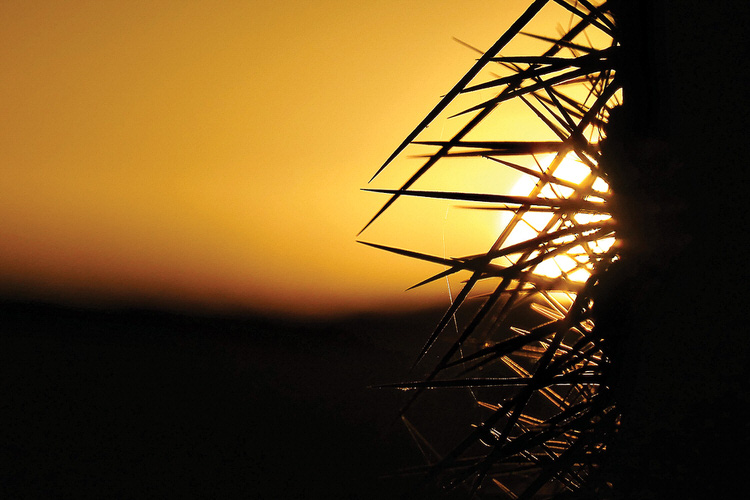 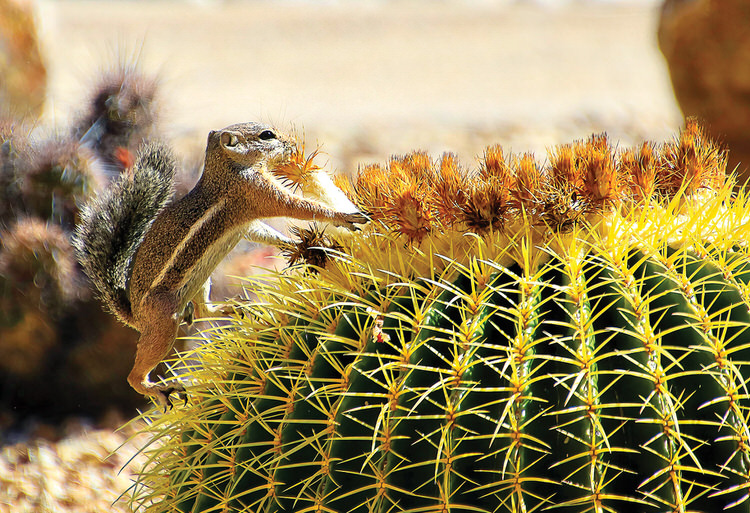 Monte Hudson took second place with her photo Roll Out the Barrels. 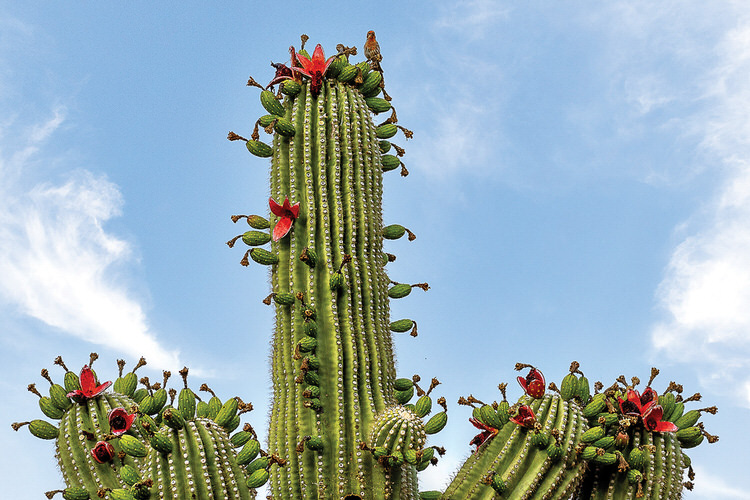 The Photo Club of Quail Creek continued with its monthly members’ contest with May having the topic of cactus. Each club member could enter up to three photos taken in the last three years. This subject was a popular one for the members, as you might expect, and drew 37 entries. All of the photos can be seen on our Flickr site tinyurl.com/29yr87cu.

Steve Piepmeier won first place with his photo Cactus Needles Sunset. Steve commented, “Not many times do I take photographs that express my feelings. This photograph was shot May 24, 2022, at 7:15 p.m., the day of the Uvalde, Texas, mass shooting. The spider web and light on the needles with the setting sun were a powerful expression of how I was feeling.” Steve used a Panasonic ZS200, shooting at 132 mm, 1/10000 sec, f/6.4, and ISO 200.

Monte Hudson took second place with her photo Roll out the Barrels. Monte commented, “Sometimes the shot comes to you. This one was taken in my own backyard. The Harris’s antelope squirrel is one of the many animals that finds nutrition from cacti, the subject of this month’s photo shoot.” Monte used a Canon Rebel shooting at 400 mm, f/6.3 at 1/1000 sec, ISO 640.

The photo Saguaro Bloom, by Jeff Krueger, placed third. Jeff said, “The photo was actually taken in June of last year. We have watched this tree grow since 2012 when it had no arms and was only about 7 feet tall. When it bloomed last year, looking at the cloud formation in the back and the bird perched on the top, I liked the angle and framing, so I took the shot. The image was shot with a Canon 5D at 1/3200 of a second at f/8. I forgot to change the ISO setting from a previous shoot, so it was at 1250, which is why the really fast shutter speed.”

The Photography Club of Quail Creek has a monthly photo contest for its members and schedules numerous photo field trips for members throughout the year. Meetings are held the second Wednesday of the month at 7 p.m. at the Kino Conference Center, Mesquite Room. Room venue could vary each month. Consult the club’s constantly updated website www.pcqc.org, as well as the weekday HOA What’s Happening for additional information.