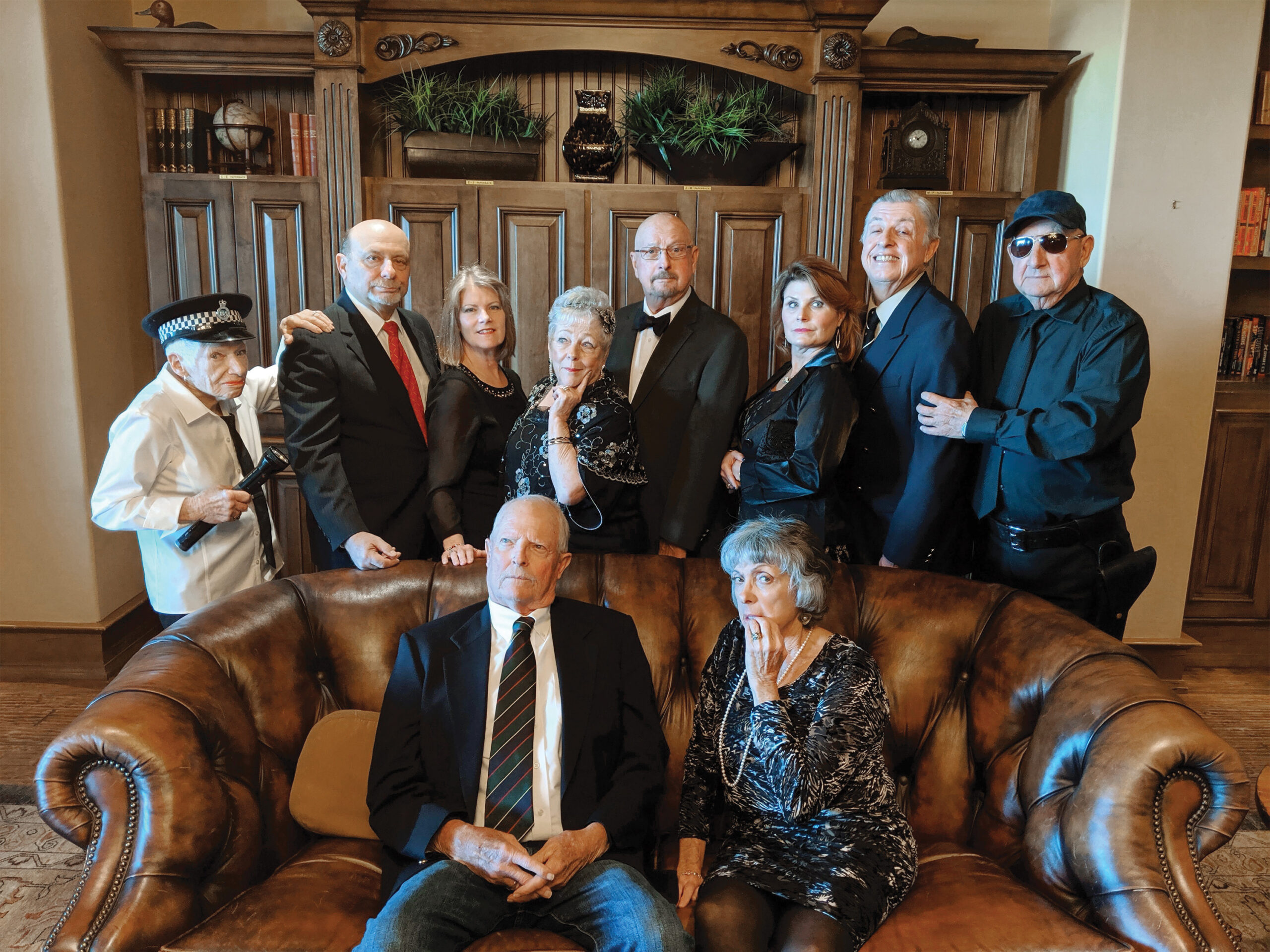 Have you wondered what the Quail Creek Performing Arts Guild has been doing during the pandemic? Well, we’ve been anxiously waiting in the wings, like other performing groups around the country, until the time is right to produce a new show.

The Quail Creek Performing Arts Guild (PAG) is made up of over 60 Quail Creek residents who have an interest in music, acting, dance, and singing. PAG has been blessed with not only talented folks who love to be on stage but also people happy to work behind the scenes. Ticket sellers, ushers, set construction, and many other jobs have been readily filled for our shows.

Since its inception in 2003, PAG has presented 40 performances, including 16 Christmas shows; two Quail Creek Has Talent shows; and nine comedic plays by famous playwrights such as Ken Ludwig and Neil Simon. Virtually all performances have seen sell-out audiences as Quail Creek residents have become accustomed to a high level of acting, dancing, singing, and music.

Just prior to the COVID-19 shutdown last year, PAG was about to present Neil Simon’s Rumors and will go ahead with this Broadway-level show once things resume to something resembling normalcy.

PAG has always offered music during its Christmas Show in the form of solos, duets, trios, and a chorus. Three years ago, we decided to refine the chorus. Auditions are now required (you need to be able to read music), and our group of 30 has presented a couple of dynamite performances! We sing in four-part harmony with opportunities for solo parts or individual solo pieces. We hope to open this year’s holiday season in November with the choral show Sing Out Loud—It’s Good for the Soul, which will feature a varied repertoire from jazz to pop, followed by traditional holiday music! Our vocalists are chompin’ at the bit to be able to begin singing together again, and we welcome you to try out for the chorus and join us! Auditions will be held in September, so watch for announcements.

In addition to providing entertainment to the community, PAG coordinates an annual business expo, bringing local vendors to Quail Creek residents in February.

If you are interested in joining the club or learning more about PAG, please contact the club president, Cyndy Gierada, at 520-445-6829 or [email protected] or check out the website at www.quailcreekpag.com.