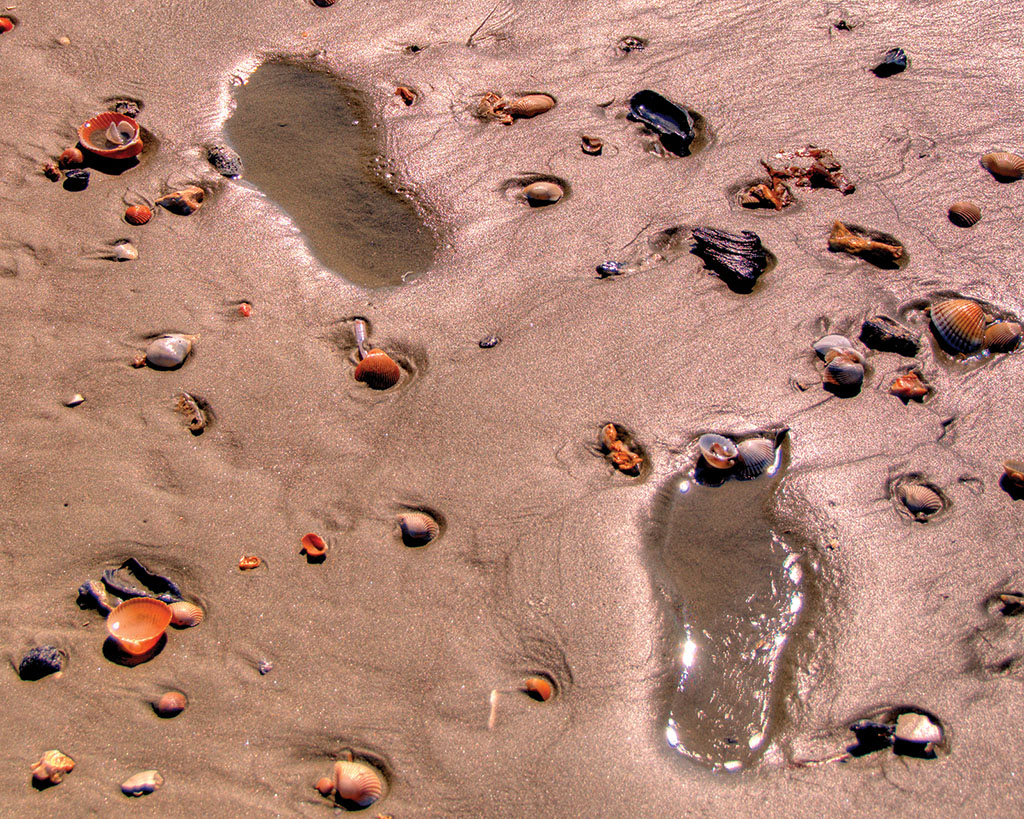 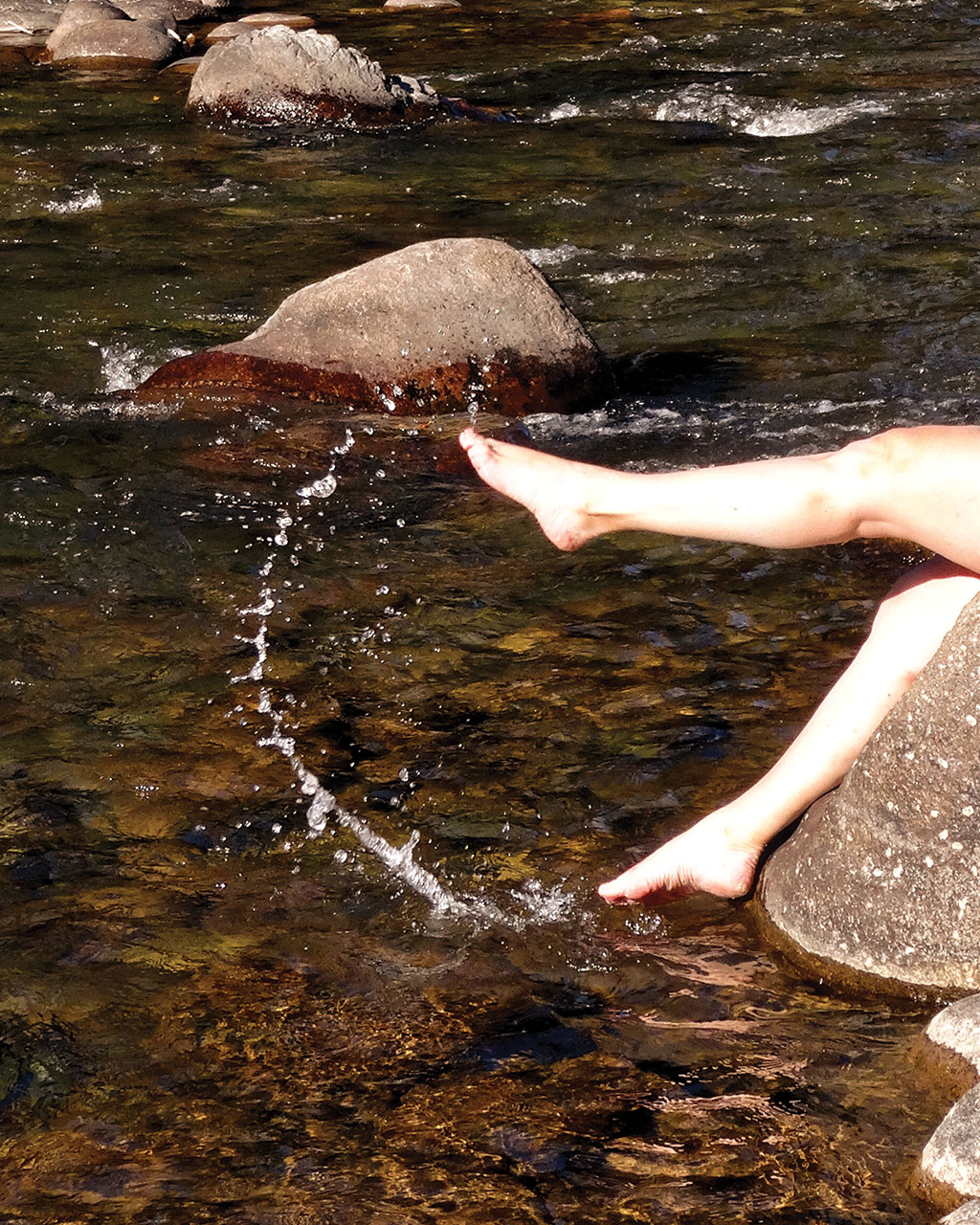 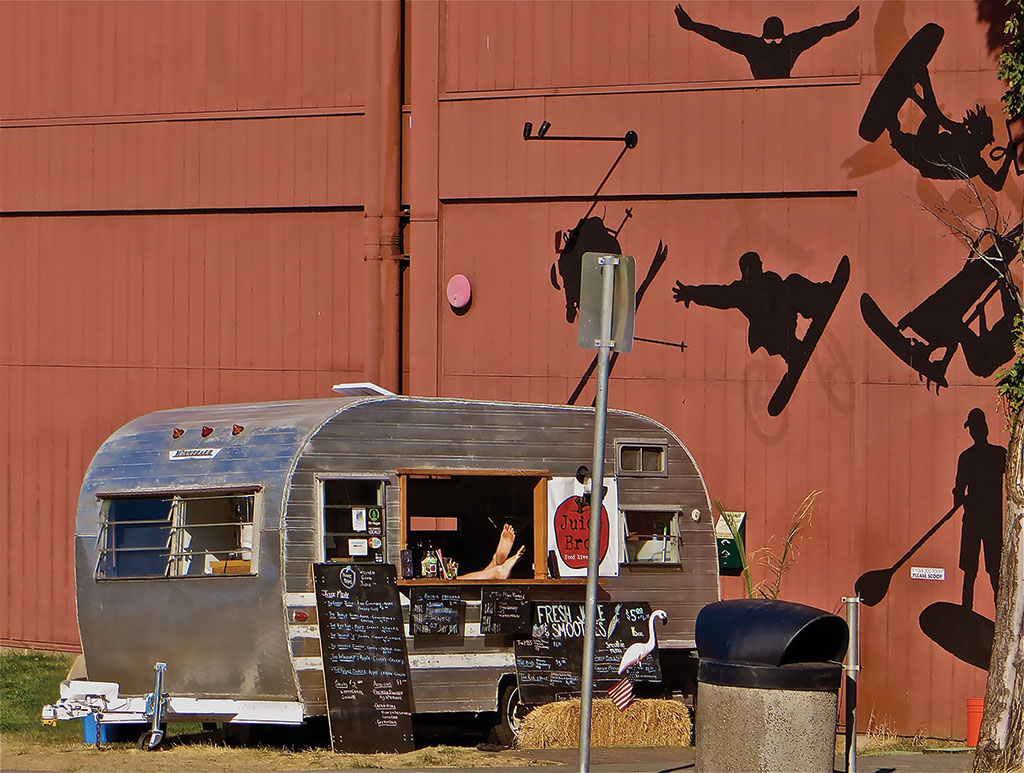 A definition is needed for this article. How is “feet” defined? Thanks to the on-line Free Dictionary by Farlex for assistance. Feet (fi:t, fet) noun. The plural of foot. At someone’s feet as someone’s discipline. To be run off one’s feet, be rushed off one’s feet is to be very busy. Carry off one’s feet, sweep off one’s feet to be filled with enthusiasm. Feet of clay a weakness that is not widely known. To get one’s feet wet to begin to participate in something. Have one’s feet on the ground to be practical and reliable or standing up in good health, thriving. Put one’s feet up to rest. Stand on one’s own feet to be independent.

Get One’s Feet Wet (noun and idiom). While in Avon, Colorado, in October (2015), Loretta Klingenberg met her sister to celebrate their birthdays. Enjoying the fall colors, they walked on the Eagle Valley Trail that runs along the edge of the crystal clear Eagle River. Stopping to test the water, Loretta caught her sister in the act of putting her toes in the cold river. Loretta’s Toe Dipping won this month’s first place actually by two feet. The original picture was cropped in Photoshop to emphasize the arc of water droplets and the warm tones of the rocks and feet. Camera: Sony Cyber-shot DSC-HX50V, f/4.5, 1/320 sec., f/l 8.86mm, ISO-80.

Feet of Clay (noun). Better yet, a derivative Feet of Sand (noun), or Get One’s Feet Wet (noun and idiom). John Standquist’s second place photo Beach Feet was one of many bracketed photos taken in the early morning at Sunset Beach, North Carolina, during a family visit in September 2011. The tide was going out of the inlet exposing many shells and visitors had gathered to look for treasures. John isn’t sure whose little feet these were, but they passed up some nice shells. Camera: Nikon D300, f/ 5.5999, 1/1000 sec, fl 35mm, ISO 200.

Put One’s Feet Up (noun and Idiom). Third place was garnered by Steve Piepmeier’s Sole a la Cart. Steve does seem to have a knack for photographing the laid back West Coast lifestyle (Remember September’s And the Beat Goes On?). Three years ago, while visiting Hood River, Oregon, Steve noticed a food vendor with his bare, and very dirty, feet up on the serving counter. The cut-outs on the wall next to him echo the sport of wind surfing, (with one’s feet), which makes this town so famous. This picture has sole. Camera: Canon Power Shot SX260, f/5.0, 1/640 sec, fl 24.121 mm, ISO 100.

The Photography Club of Quail Creek has a monthly photo contest, photo field trips and conducts photo education workshops bi-monthly for members throughout the year.

The third annual Quail Creek Open Photo Contest will be the contest for January. This once a year photo contest is open to all Quail Creek residents. See our club website at www.pcqc.org for contest details.

Photography programs are presented to all Quail Creek residents on the second Wednesday of each month at 7:00 p.m. – January 13 – Murray Bolesta-Border Photographer and February 10 is KGUN 9 News anchor Guy Atchley presenting his famous Arizona Photography. Consult the club’s constantly updated website http://www.pcqc.org as well as the weekday HOA What’s Happening for additional information.