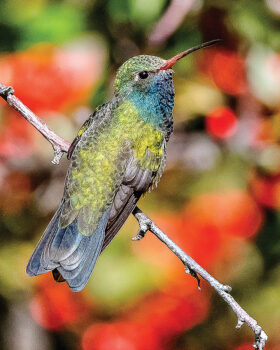 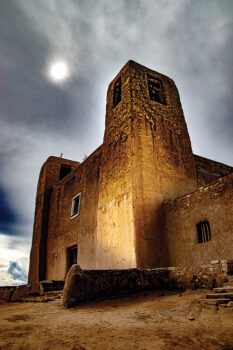 The Photo Club of Quail Creek continued with its monthly member’s contest, with December having the topic of Open. Each club member could enter up to three photos taken in the last three years. This subject was a popular one for the members and drew 40 entries. All the photos can be seen on our Flickr site, tinyurl.com/y5uday9x.

Larry Hudson won first place with his photo Church Acoma. Larry commented, “The photo of the church was taken at Sky City, Acoma Pueblo. A thunderstorm was moving in from the west and created some very interesting lighting.” Larry used a Canon 77D. Shooting parameters included a shutter speed of 1/200 sec, f/9.0 and ISO 100, and a focal length of 18 mm. The photo was processed in Adobe Lightroom.

John Tubbs took second place with his photo Variegated Meadowhawk Dragonfly. John commented, “In the last year, I’ve been shooting dragonflies and damselflies in addition to birds. The desert would seem an unlikely place to find these critters, but every pond or stream has them, and during the prime season in the summer, they are very common. Dragonflies are challenging because of their small size, and many species rarely perch for very long, except overnight. The pond at Canoa Ranch has tons of dragon and damselflies in the summer, and some species like this one may be active all year. This particular dragonfly perched in the same spot consistently between hunting excursions, so setting up and waiting for it to return eventually paid off. As with birds, it can take a lot of shots to get one that works really well. This image was cropped and sharpened, with no other significant post-processing done.” The camera used was a Leica SL2. Shooting parameters included a shutter speed of 1/5000 sec, f/6.3 and ISO 800, and a focal length of 400 mm. The photo was processed in Adobe Lightroom.

The photo Broadbill Hummer by Jon Williams placed third. Jon said, “This image of the Broadbill hummer was taken at Santa Rita Lodge, Madera Canyon. This was one of the best hummingbird photography mornings I have experienced at the lodge, as the fall sunlight was dappled with very little glare. The various hummingbirds (Broadbill, Rivoli, Black Chin, and Blue Throat, especially) were quite active and prevalent, often resting on the surrounding foliage. I was attracted to this Broadbill because of his pose and coloration which contrasted with the brilliant fall pyracantha berries in the background, allowing me to get a clear, in-focus shot with a blurred background. This was taken with my Nikon D500 and 80-400 f4.5-5.6 zoom lens at 1/2000 sec, f8, focal length 400mm, using matrix metering and manual exposure. The raw file was converted to a DNG file and processed using Adobe Camera Raw and Photoshop.”

The Photography Club of Quail Creek has a monthly photo contest for its members and also schedules numerous photo field trips for members throughout the year. During the current COVID-19 pandemic, we are meeting via Zoom. Consult the club’s constantly updated website, www.pcqc.org, as well as the weekday HOA What’s Happening for additional information. 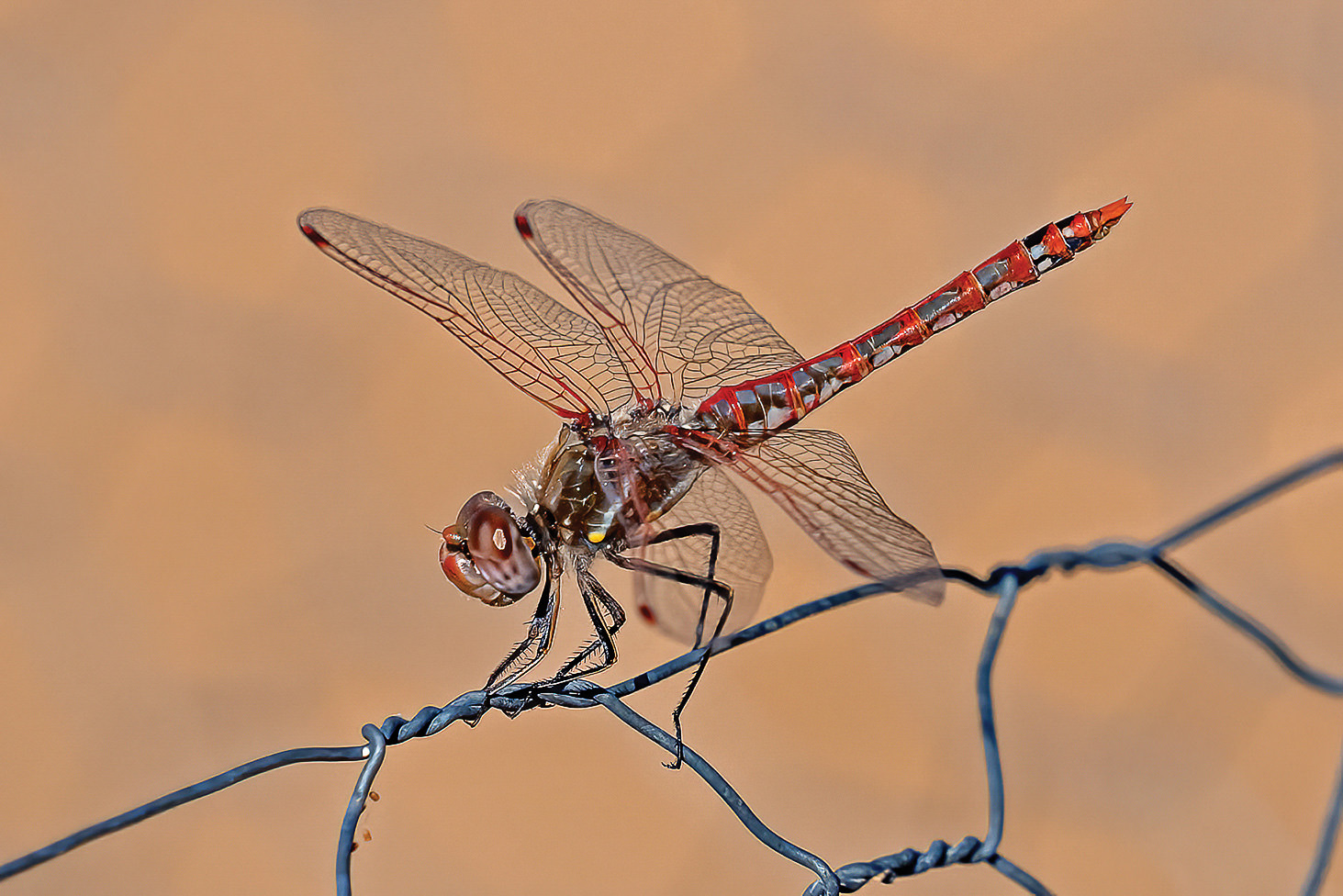