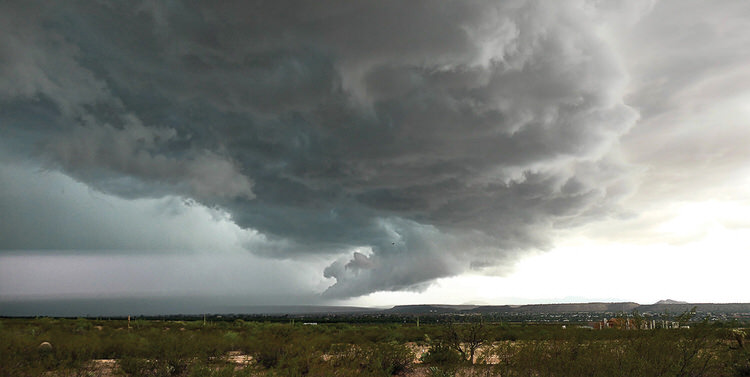 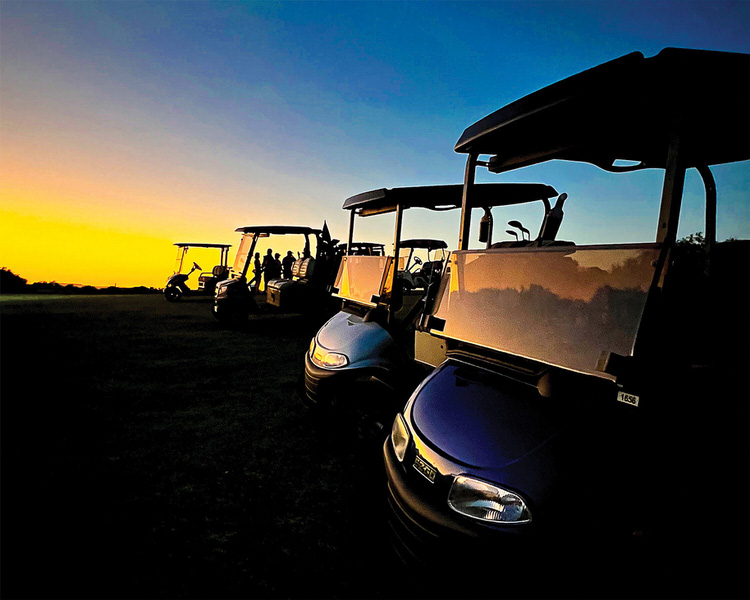 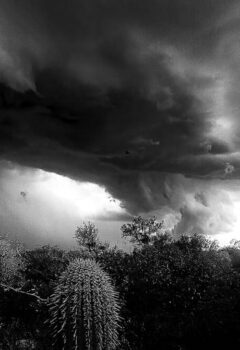 The Photo Club of Quail Creek continued with its monthly members contest with June having the topic of “Reflections.” Each club member could enter up to three photos taken in the last three years. This subject was a popular one for the members and drew 22 entries. All of the photos can be seen on our Flickr site tinyurl.com/2rx9ujdc.

Monte Hudson won first place with her photo Storm Over Quail Creek. Monte commented, “A storm came up from the south and traveled over Quail Creek. I grabbed my cell phone and captured this image while I stood in my own backyard. I was intrigued by how much it resembled a tornado. I converted the image to black and white.” Monte used an iPhone X, shooting at 28 mm, f/1.8 at 1/125 sec., and post processed in Lightroom.

Steve Peipmeier took second place with his photo Untitled. Steve commented, “This Lluvia Nubarron rain cloud was photographed July 30. We were hiking and had to rush home to miss being in the downpour it brought. The incredibly wide funnel shape with flash lightning to the left side shows the strength of a fast-moving monsoon storm.” Steve used a Panasonic ZS200 shooting at 24 mm, f/3.3 at 1/400 sec.

The photo Carts at Sunset, by Mark Cohen, placed third. Mark was unavailable for comment. One of the judges said, “Skies have nice tones and smooth gradations. Reflections in the wind screen are nice, too. Like the people in the far background.” Mark used an iPhone 13 Pro, shooting at f/1.8 with a shutter speed of 1/55 sec, ISO 1000.