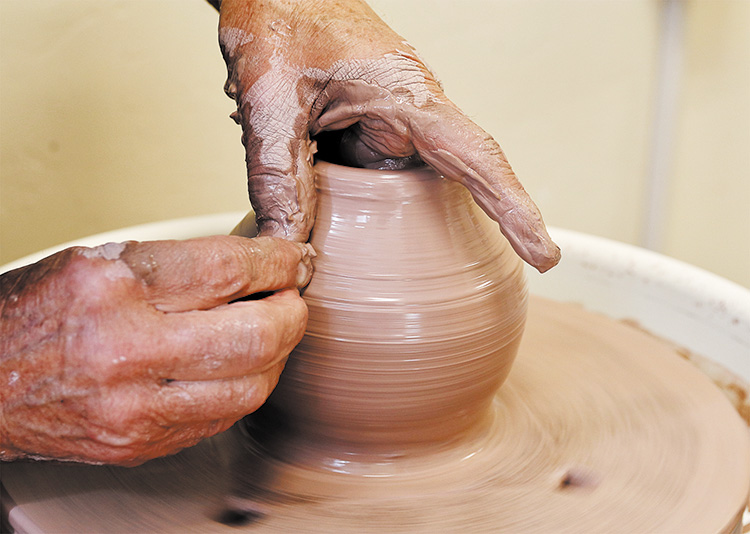 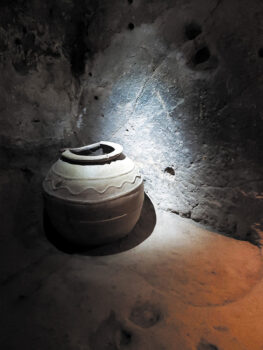 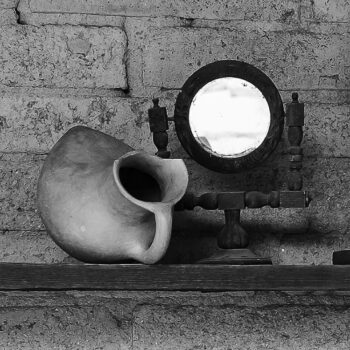 The Photo Club of Quail Creek continued with its monthly member’s contest with November having the topic of Pottery. Each club member could enter up to three photos taken in the last three years. This subject was a fun one for the members and drew 27 entries. All of the photos can be seen on our Flickr site: https://www.flickr.com/photos/[email protected]/albums/72157712163541052.

Thom Sharples repeated his win from October and won first place with his photo Taking Shape. Thom commented, “In order to capture November’s theme “pottery” I thought that it would be interesting to focus on the beginning of the process and capture the human element and tools it takes to make pottery a work of art. I went to the Quail Creek Creative Art Center and Jon Lindart demonstrated his artistic talent on the potter’s wheel. I captured the photo with my Cannon 80 D w Tamron 24-70 mm F/2.8 lens that provided the sharpness and spinning movement I wanted to achieve. Thank you, Jon.”

Dave Carver took second place with his photo Ancient Pot. Dave commented, “Telling you about this photo will be almost as much fun as I had taking it. It was taken with my Samsung galaxy S9; I didn’t take my big Nikon on our trip. I may have cropped it, but I really don’t remember…

For our 50th wedding anniversary Linda and I, along with our two daughters and a son-in-law did a 13-day guided tour of Turkey. This photo was taken on the 11th day in Ankara. The pot is in the Anatolian Civilization Museum. We only had a couple of hours, and we probably needed a couple of days to go through this museum. It had remnants of civilizations going back about 10,000 years! Sadly, I can’t remember how old this pot was.”

The photo Old Pottery by John Tubbs placed third. Bob said, “My photo was taken at the Tubac Presidio in a covered outside area display of tools and implements. I liked the antique look of the partly-broken pot next to the old mirror on a dusty shelf. The image was shot in color, but I thought it would look better in black and white, so I converted it to black and white in post processing – other than that, there was minimal work done except the normal minor adjustments to exposure and some minimal sharpening. I shot it with a fixed 50mm prime lens, and as a result had to crop it to get the image I wanted. The image to me creates a feeling of age and history, which was what I was hoping for.

Shot on a Leica M10 rangefinder camera with a 50mm prime Leica lens. ISO was high at 3200 because it was late in the day, overcast and under a roof outside, so was quite dark for a daytime shot. I set the aperture at 6.8 to make sure I had enough depth of field for the two objects and the brick wall behind them, and adjusted the ISO to where I had at least 1/100 second shutter speed to eliminate any camera shake.