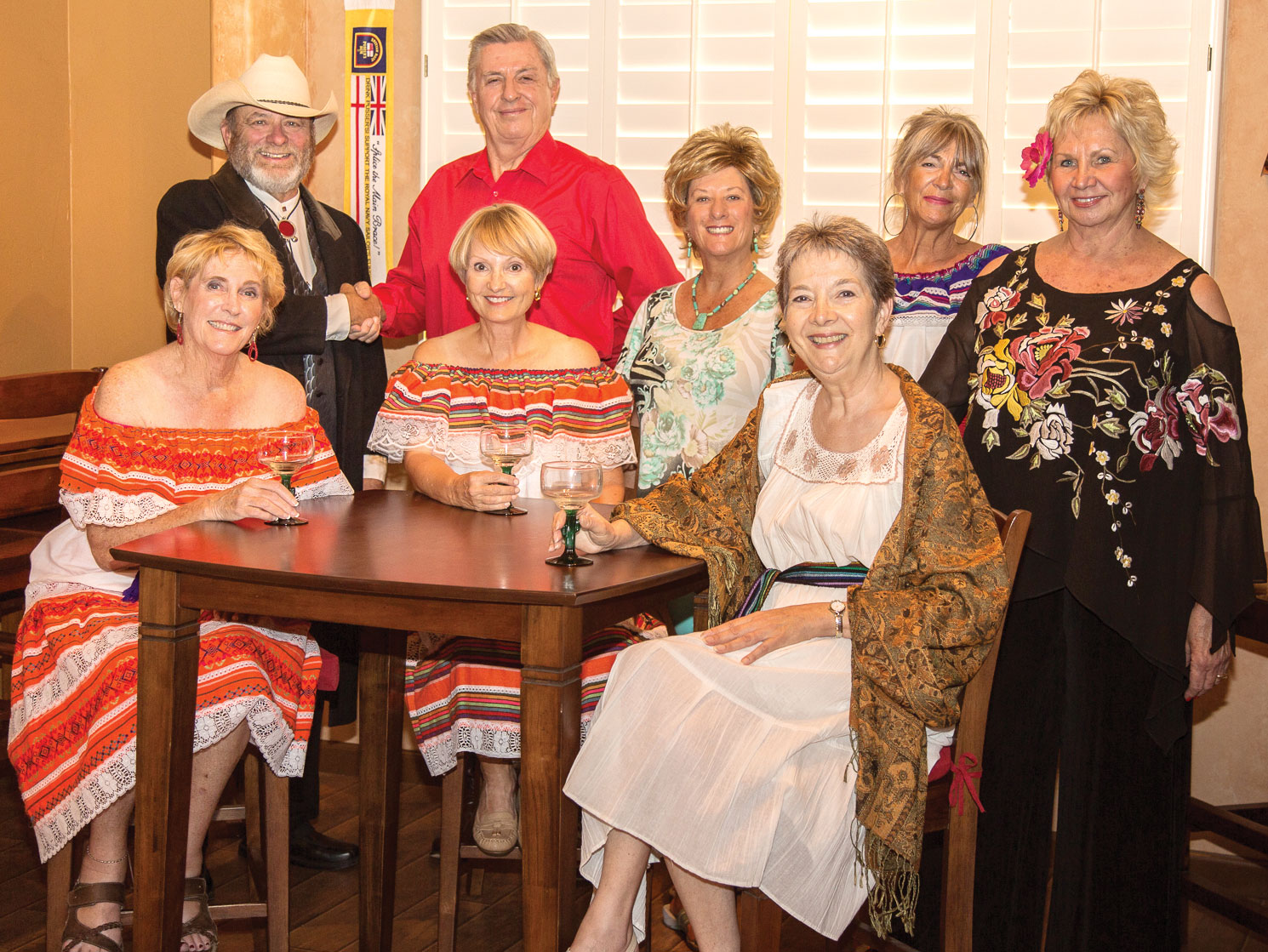 Did you know we are living in the middle of the Gadsden Purchase here in Green Valley? For the (not so) true story of the sale of Mexican land to the U.S. in 1853, you should attend the next murder mystery show: Betrayal in the Jalapeno Cantina. In recent years you may have experienced our shows, Afterlife, After Death, After Dinner and Victoria’s Secret Bar & Grill.

Next up is this hilarious performance depicting how Gadsden (played by Ray Hebert) and his assistant Melba Toast (Mary Campbell-Jones) negotiated for the land in order to continue the railroad to the west coast. It all took place (really?) in the Jalapeno Cantina, owned by Senorita Margarita (Cyndy Gierada) who thinks the deal is all about buying her establishment.

Two sets of siblings have vastly different ideas about the sale: The Fernandez-Hernandez sisters, Miranda (Sandi Hrovatin) and Carmen (Claudia Andrews), plus the Hernandez-Fernandez family, Isabella (Pam Campbell) and twins, Guadalupe (Christine Bohannon) and Fernando (Davey Jones). The feuding between the entire cast leads to the untimely death of someone who tries to disrupt the deal.

Throw in some great musical numbers by Aretha Franklin, Linda Ronstadt, ABBA, Celine Dion, The Monkees, IZ and Ernesto Lecuona and you have the making of yet another fabulous dinner theater experience. To make it a great night out our own award-winning Chef Aris has perfected a gourmet meal especially for this event: Mexican Cordon Bleu (Chicken breast stuffed with chorizo, corn bread and Manchego cheese, breaded and finished with rajas cream sauce with seasonal vegetable; dessert is dulce de leche cheesecake).

The shows start at 6:00 p.m. in the Crystal Ballroom with a cash bar at 5:00 p.m. Dates are Monday, Tuesday, Wednesday, January 30 and 31 and February 1, 2017. Tickets go on sale at the Concierge Desk on Wednesday, November 16 (online at 6:00 a.m. that day) and are just $25 inclusive of two course meal, tax, gratuity and show. Tables will be set for a maximum of eight seats each and the partition will be closed for an intimate evening of fun. Just as a reminder: the last three murder mystery shows have sold out!