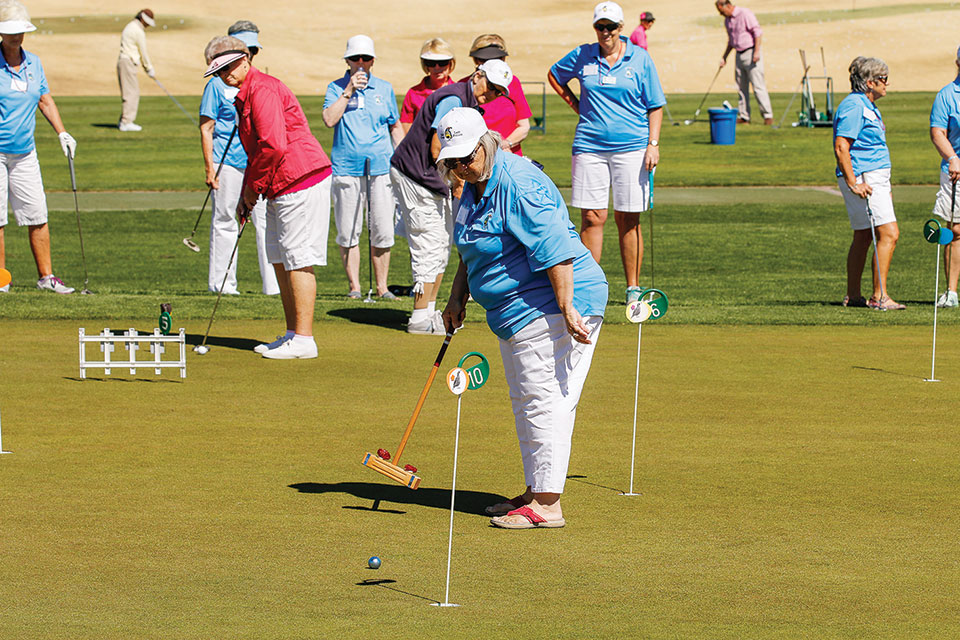 Considering she had to use a croquet mallet instead of a putter, Sylvia Butler came pretty close to the hole on her first putt; photo by Jim Burkstrand. 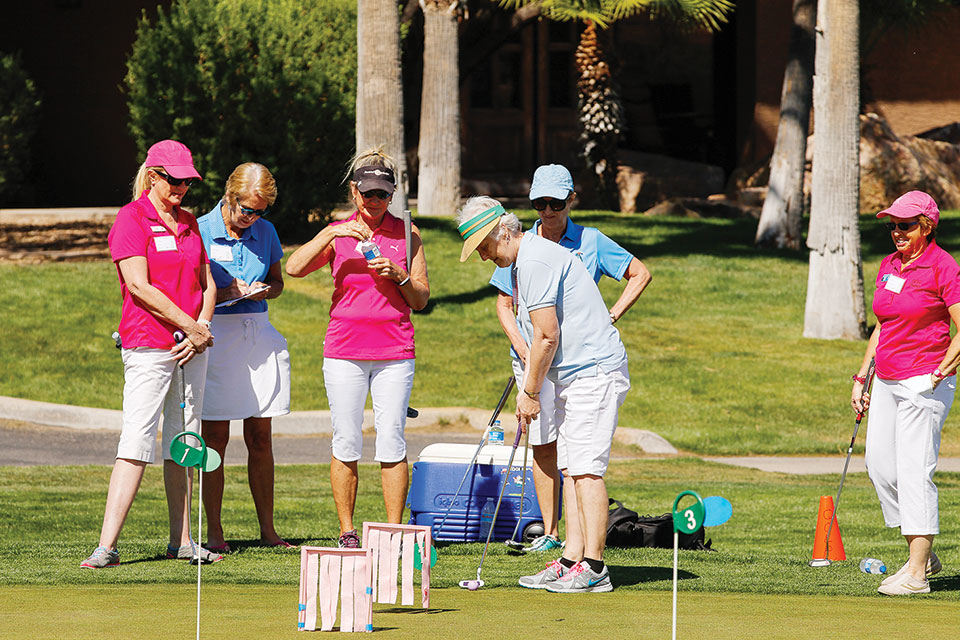 Peggy Brown putts through one of the many obstacles on the course that day; photo by Jim Burkstrand. 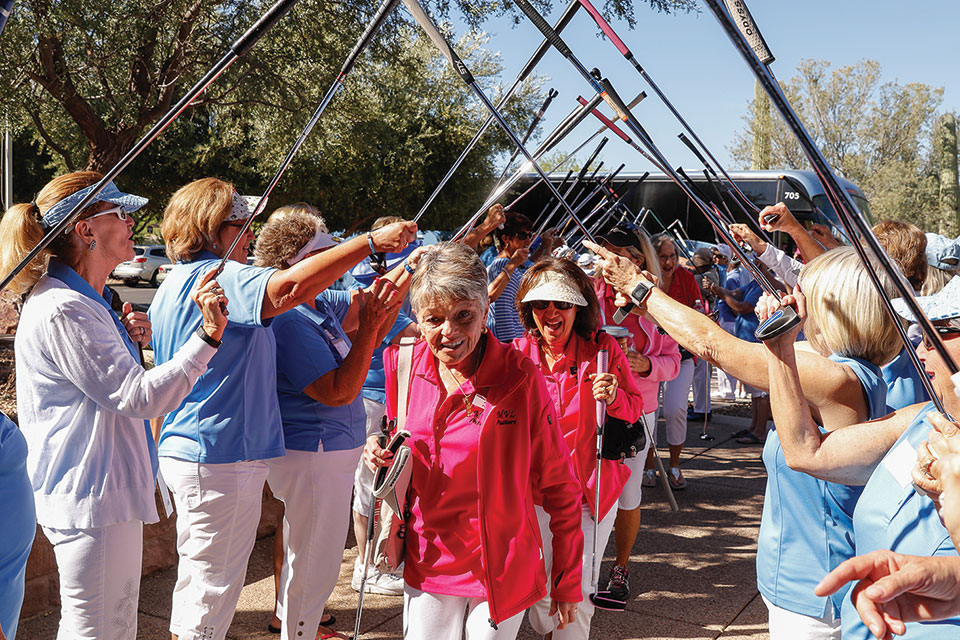 As they emerged from the bus, the Putters from MountainView passed under an arch of putters; photo by Jim Burkstrand.

When the Lady Putters from MountainView came to Quail Creek, they were greeted by shouts of “welcome” as they passed under an arch of raised putters. Forty-four MountainView Putters competed against 64 Quail Creek Putters for this annual event forming 18 teams of six Putters each.

To distinguish the two teams, everyone from MountainView wore pink tops while the Quail Creek team was clad in blue.

In this high stakes competition, everyone on the first place team received $10 while the second place team earned $5 each. The third place team members each took home a commemorative mug.

Individual winners each were rewarded with $10 for their efforts. Lowest Score for Quail Creek with a 36 included Janet Wegner, Yoshie Hennessey, and Shirley Macuga. Lowest Score for MountainView with a 37 was Marcia Munich. The most Holes-in-One with four each were Janet Wegner and Yoshie Hennessey from Quail Creek and Ann Steinsvaag and Marcia Munich from MountainView with three each.

After the awards were announced the ladies enjoyed a grilled chicken fruit salad followed by strawberry shortcake.

The MountainView ladies were able to relax for the trip home after enjoying Quail Creek hospitality.