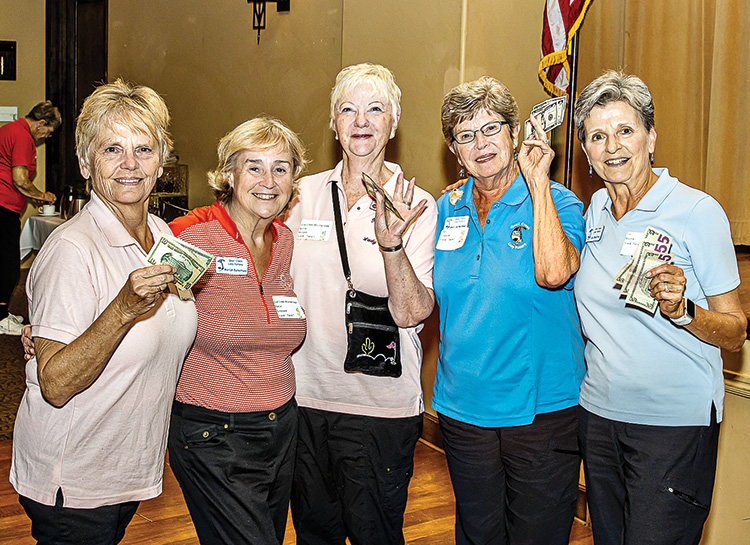 The MountainView Lady Putters headed south to Green Valley for a day of friendly golf competition with the Quail Creek Putters. As they got off the bus greeted by fair weather, they entered the clubhouse area under an arch of putters.

Because not all teams had the same number of members, the winning scores were an average of those who played on the team. First Best Team Average Score winners included MountainView Putters Jan Talbot, Sue Rains, and Debbie Nochumson while Peggy Wynkoop, Sylvia Butler, and Yoshie Hennessey represented Quail Creek Putters. On the second Best Team were Diane Kirstine and Norma McCaleb from MV and Lou Moultrie, Marilyn Burkstrand, and Gail Scheibner, QC. The third best team players included Pat Storey, Kathy England, and Jan Arruda from MV and QC ladies were Carol Shepard, Kathy Guy, and Kimberly Nichols.

Getting the most holes in one as well as being money hole winners were Jeannie Hepner (MountainView) and Yoshie Hennessy (Quail Creek). Yoshie and Sandy Strack from MV had the Lowest Scores of the day.