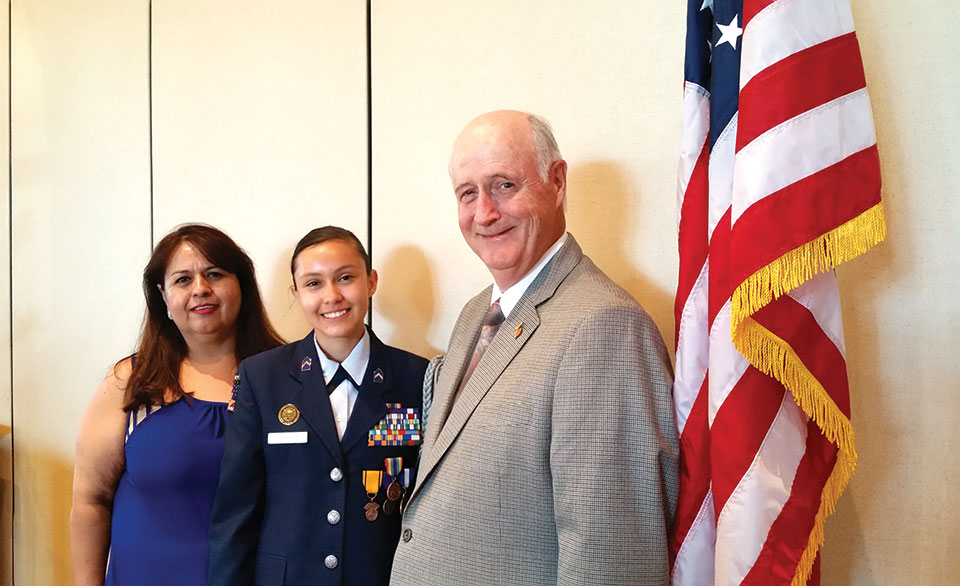 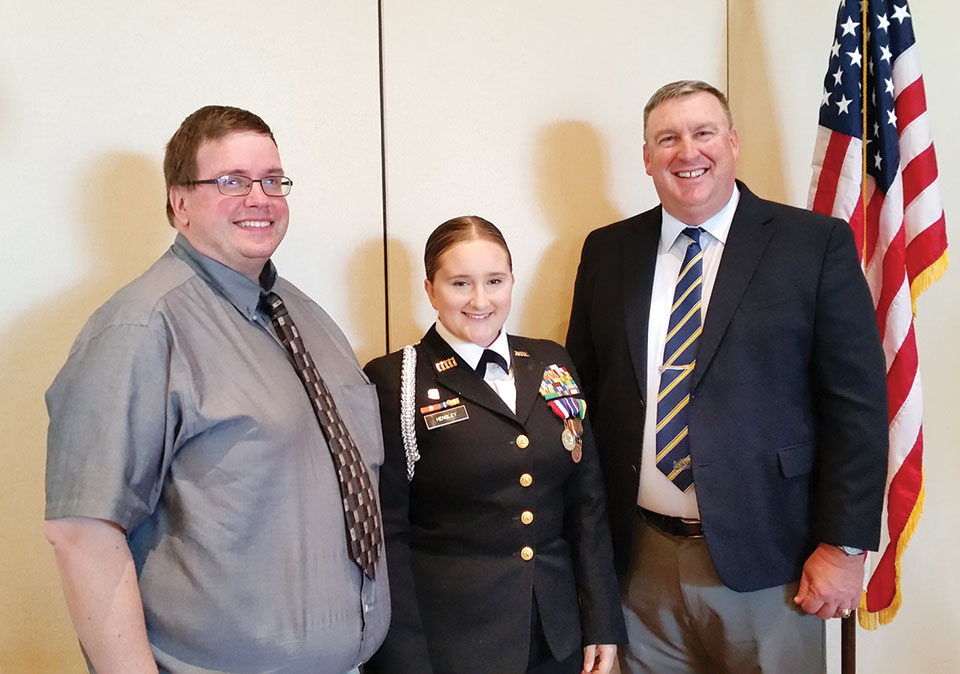 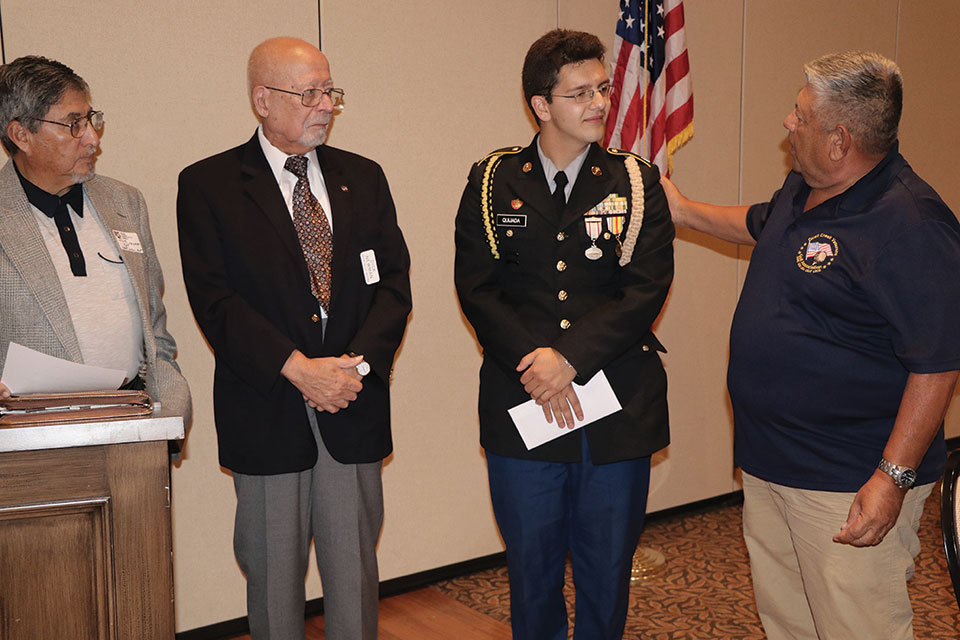 Cadet Major Ana Figaro, Air Force JROTC, Nogales High School, will be heading to Pima Community College to complete the pre-requisite courses. She will then apply to the University of Arizona, where she will major in psychology with a minor in communications.

Cadet Commander Kayla Hensley, Navy JROTC, Sahuarita High School, plans to attend Washington University in St. Louis. She will be enrolling in their psychology-neuroscience-philosophy major program with a minor in dance.

After the dinner and awards ceremony, the group adjourned to the lounge where they were entertained by the Tubac Singers whose songs featured such favorites as Danny Boy, a Johnny Cash medley and Shenandoah. The ensemble included Quail Creek residents Betty Atwater, Katha Laves and Linda Pandolfi as well as former resident Nancy Wilson.