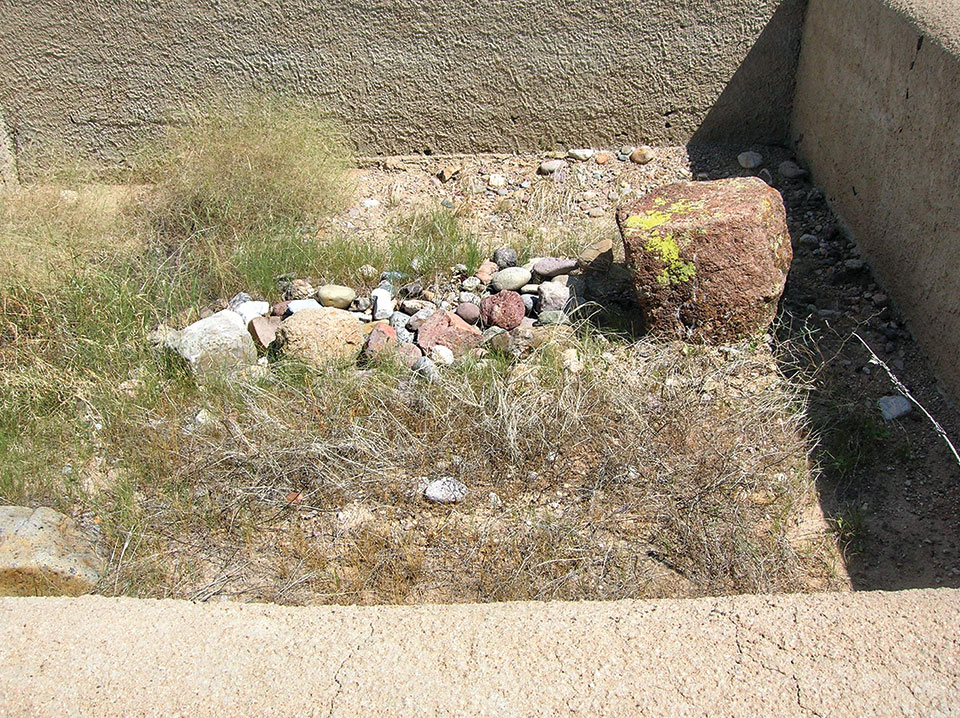 There has been speculation over the past few years about the gravesite that sits atop a peaceful knoll between Quail Creek Boulevard and Campbell Road in the community of Quail Creek. It took a Sonoran Desert ride in a golf cart with a local historian to finally sort out the story of Cowboy Bob.

The saga began before there was a Quail Creek community. It started in the early part of the 20th century when the community of Continental, Arizona, was just getting started.

During World War I, rubber was in great demand, because imports from the Malay states had been cut off by Germany. President Woodrow Wilson authorized the establishment of the Intercontinental Rubber Company to produce and process guayule, an alternate source of latex for rubber manufacturing.

The Intercontinental Rubber Company’s guayule farm and processing facility were located in the village of Continental. The Company acquired the northern half of the 9700-acre San Ignacio de La Canoa Land Grant. Ironically, by the time the plants had matured, the war had ended.

Thanks go to the entrepreneurial talents of James B. Bull for keeping his eyes on some choice farm land near Continental. In the 1930s, Bull purchased his first 160-acre parcel. It was two miles north of the Intercontinental Rubber Company of Continental. He acquired it by paying the back taxes. The land later became part of what are now the FICO pecan orchards.

When the Bulls arrived in 1926, the town of Continental had a population of 200. It had no modern utility services. Residents used appliances, such as wood cook stoves, flat irons and kerosene lamps. They heated their homes with woodstoves and fireplaces. The farm office had the only crank telephone with a one-party line.

In 1937, on his first 160 acres, Mr. Bull began farming in earnest. He purchased a second parcel of land bordering both sides of the Nogales Highway, then State Road 89, from Florence Gorman and her family in 1938.

The saga about the gravesite of Cowboy Bob begins and ends with Florence Gorman. Cowboy Bob is not his real name. His real name is Nelson Sawyer. Nelson was Florence’s first husband. “She buried Sawyer on a hillside near their ranch,” writes Gladys (Bull) Klingenberg, daughter of James B. Bull. Klingenberg comments, “The gravesite still stands enclosed inside an adobe wall.” Klingenberg remembers that, “His name is etched on a nearly-illegible headstone.” After Mrs. Gorman’s death in 1965, her ashes were spread over her first husband Nelson’s grave at her request. Today, this plot of land, surrounded by land owned by other parties, is a deeded parcel. A deed showing Mr. Sawyer’s ownership of the 320 acres of land was signed on August 28, 1913, by President  Woodrow Wilson.