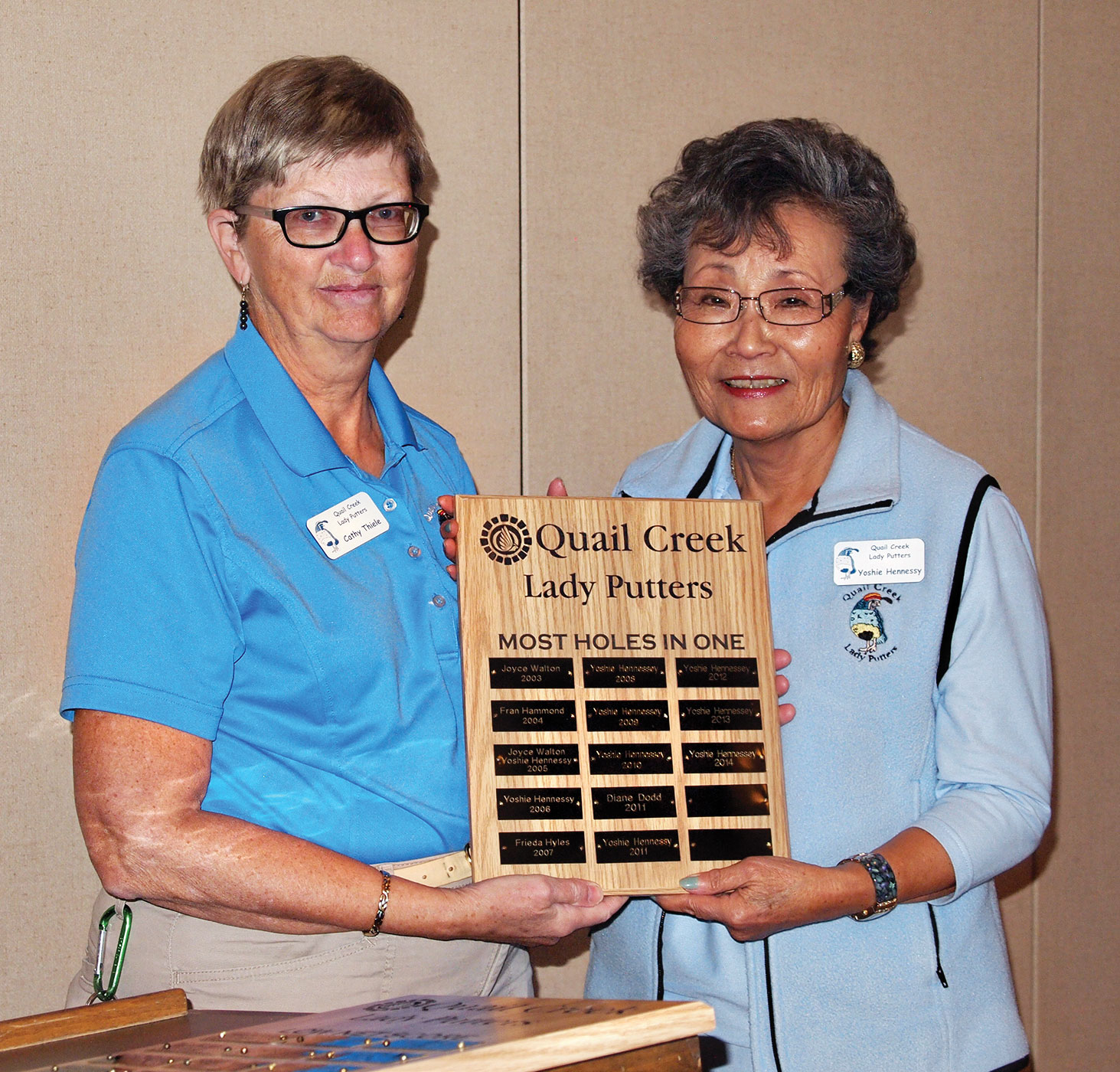 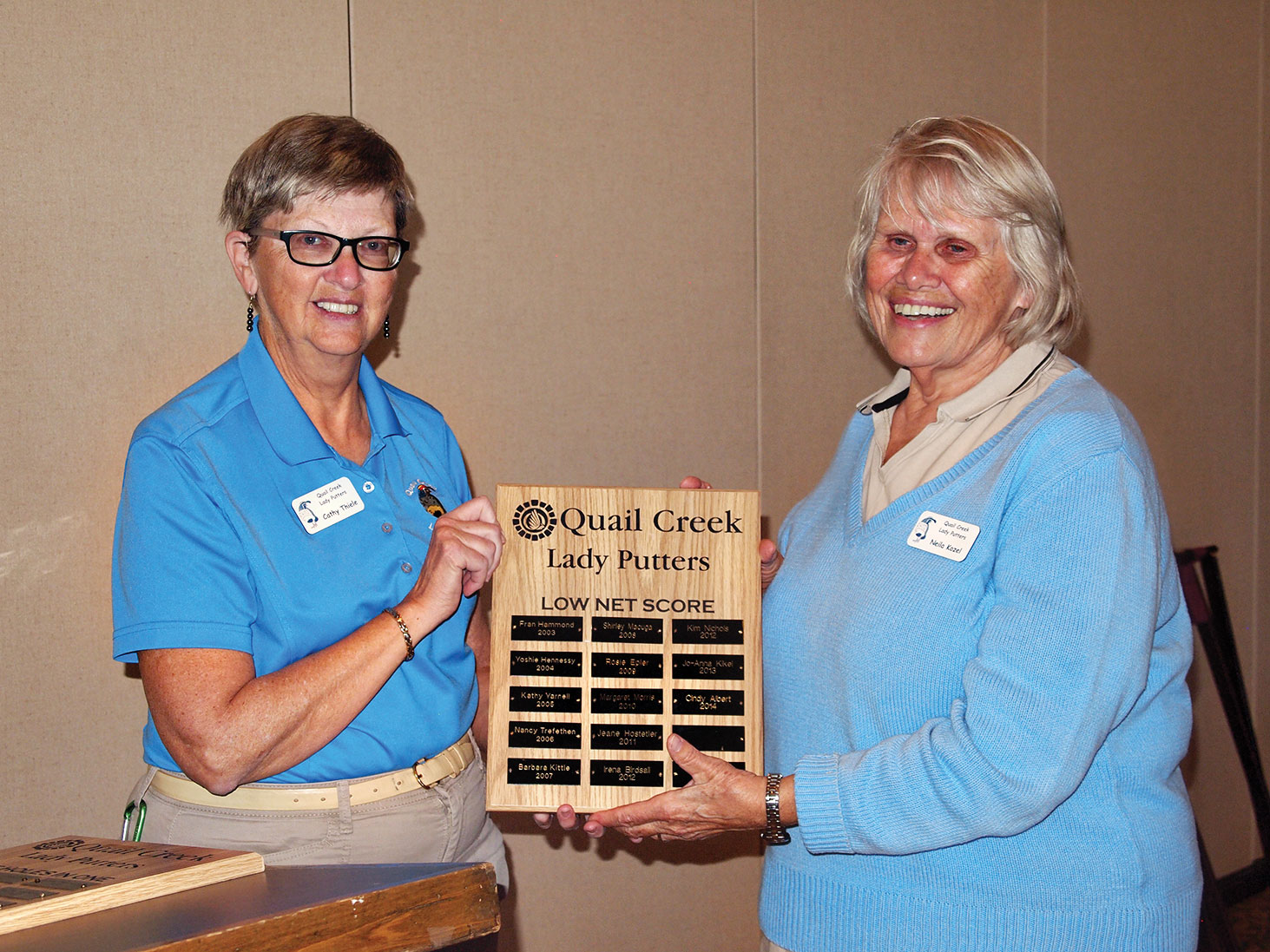 At their first luncheon for 2016, 20 members of the Lady Putters were recognized for their achievements on the putting green.

The ladies enjoyed a festive luncheon of a steak and wine salad and apple pie with whipped cream.

After all had eaten, Wendy Van Dyke received a plaque for having the distinction of achieving the lowest average score of 35.25 for the six week period that began during the holidays. Valerie Cotache took home the Coveted Quail for the lowest net score of 27.85. The Hole-in-Oneder award was shared by Frieda Hyles and Wendy Van Dyke who each had 12 holes-in-one. Each lady got to take home the Crystal Golf Ball trophy for three weeks before turning it over to the other Putter.

Deb Anderson, Sue Bowerman, Nancy McDaniel and Mary Jo Schupmann each earned $5 for getting a hole-in-one on the Money Hole.

Achieving a score under 40 for the first time in their putting career were Susan Grass, Joanne Nash, Carole McInnis, Frannie Vanselow and Kathy Weede, each with a 39. Sue Bowerman and Sherry Ameling each scored a 38, Valerie Cotanche a 36 and Kathy Lin an amazing 34.

Getting a score of 36 and under for the first time were Chaille Womack with a 36, Nancy McDaniel and Mary Jo Schupmann a 34, Cindy Hogg 33 and Yoshi Pinola and Sally Newton, 32.

Receiving yearly awards at the luncheon were Neila Kozel who achieved a 34.4 for the Lowest Average Net for 2015. Yoshi Hennessey once again scored the most holes-in-one with 81. She was followed by Frieda Hyles who had 62.