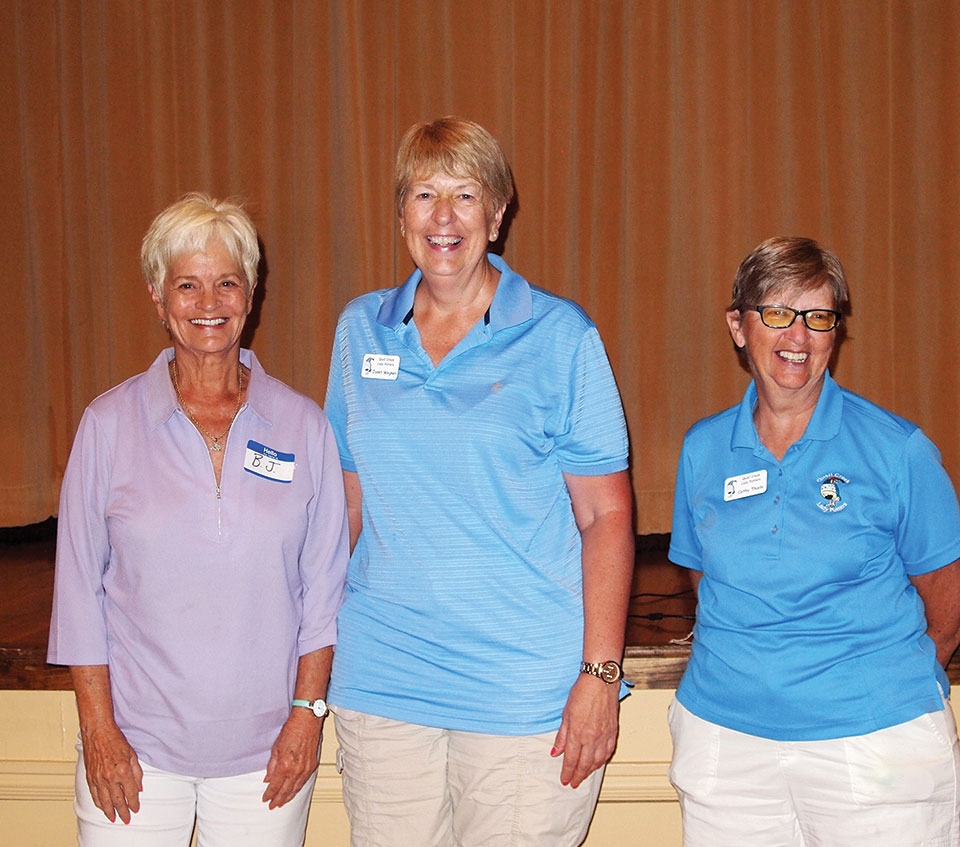 Left to right: BJ Hanks and Janet Wegner are congratulated by Cathy Thiele for putting under 36 for the first time; photo by Sylvia Butler. 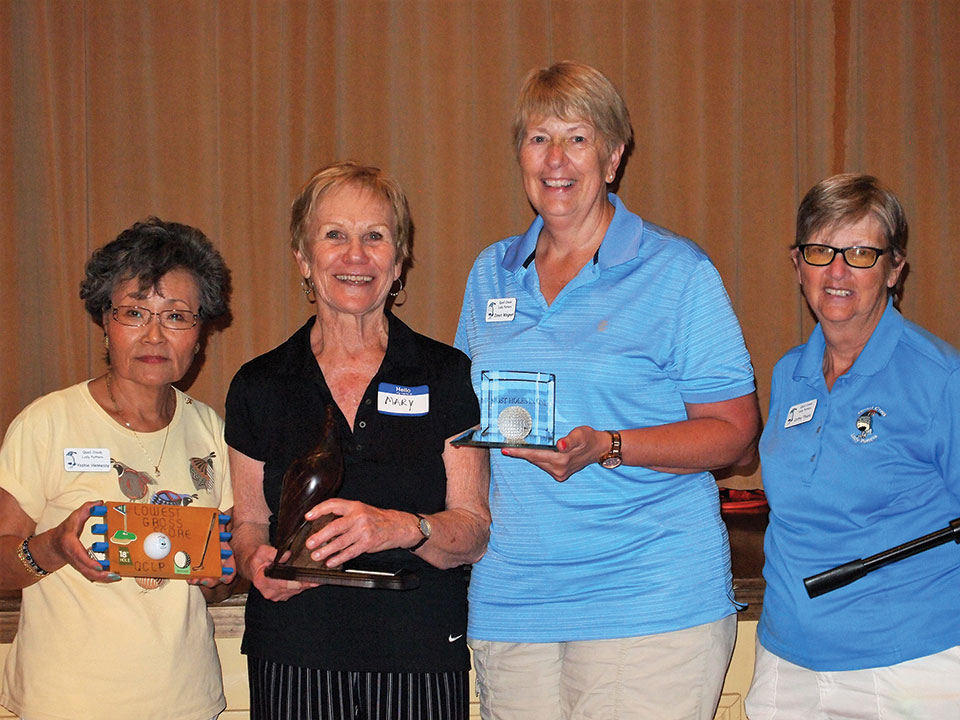 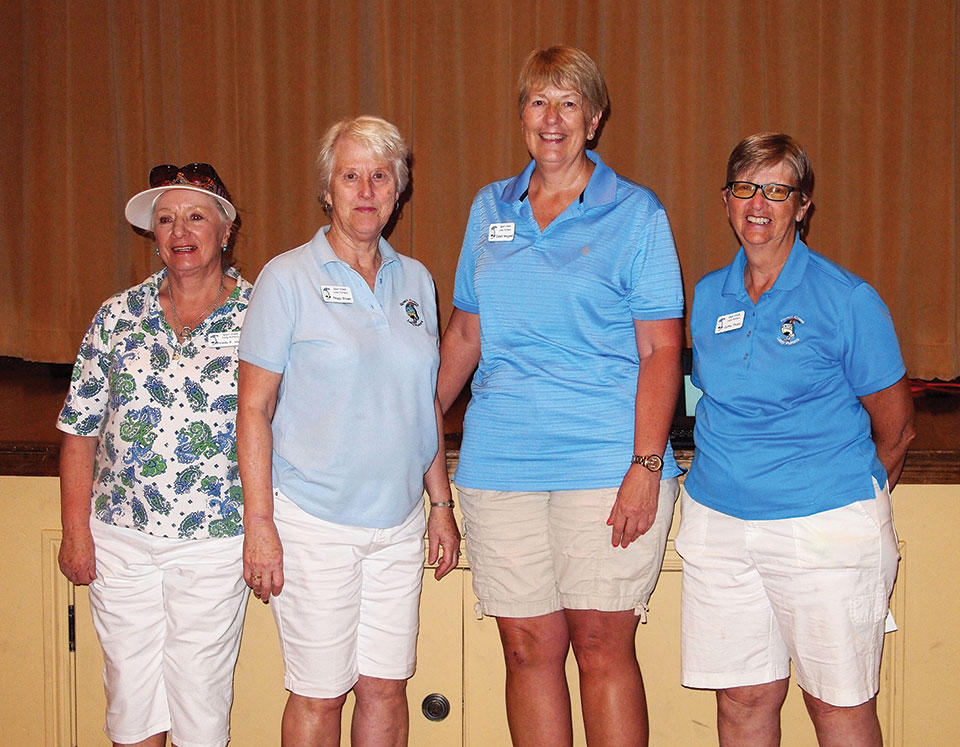 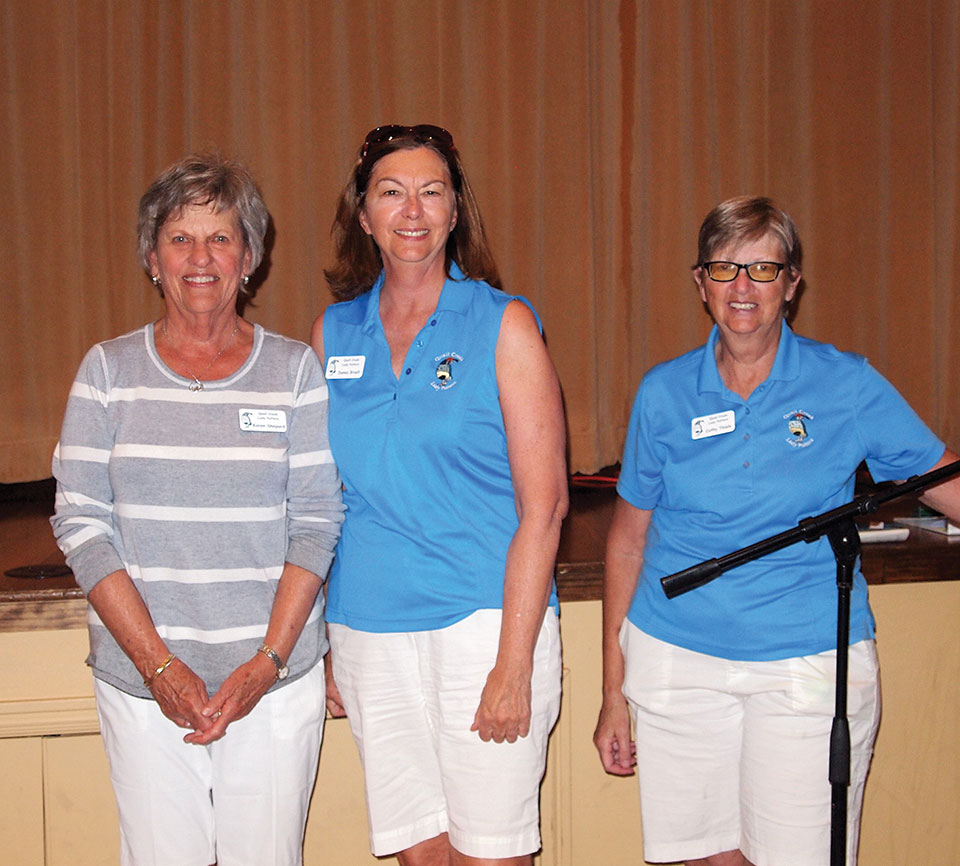 Left to right: Karen Shepard and Janet Bruell who achieved a score of under 40 for the first time are shown with Cathy Thiele; photo by Sylvia Butler.

After a challenging morning of putting, the Lady Putters retreated to the Madera Clubhouse for their luncheon. They enjoyed a Muffaletta Sandwich on a soft ciabatta roll and potato salad. The ladies then indulged in a dessert of Vanilla Bean ice cream with chocolate sauce and a wafer.

After the lunch the following awards were presented:

Coveted Quail to Mary Fowler who had a Low Net score of 29.58.

Low Gross Score winner plaque to Yoshie Hennessey for a score of 37.8.

Crystal golf ball plaque to Janet Wegner who had the Most Holes-in-One with 10.

Money Hole Winners for the six-week period were Peggy Brown, Patty Hall, Frieda Hyles and Janet Wegner who won the Money Hole twice and thus became $10 richer during the period.

Those who got a score under 40 for the first time in their putting careers were Janet Bruell and Karen Shepard with a 38 and Dorie Franklin with a 36.

Putting 36 and under for the first time were BJ Hanks who parred the course and Janet Wegner with a 33.

After the awards were announced, Janet Wegner presented 39 Putters with gift cards worth $6.50 each. The gift cards are presented to those who putted at least three times in the previous four weeks and who paid for and attended the luncheon.

Putters are asked to mark their calendars for the Moonlight Madness event that will be held on Wednesday, May 10 starting at dusk.