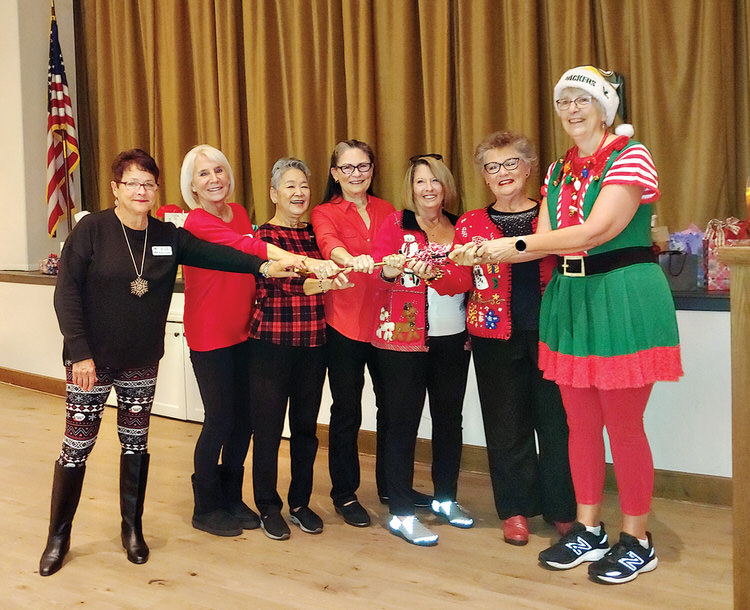 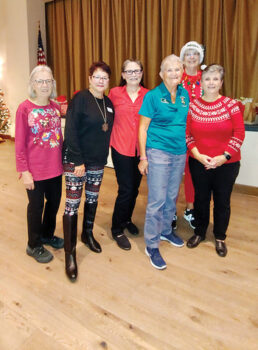 Mother Nature was not kind to the Lady Putters in December, with two of three putting days being canceled because of cold weather and frost on the putting green. But even though they could not putt on Dec. 14, 72 ladies gathered in the clubhouse ballroom to enjoy a pork loin holiday luncheon followed by pound cake with macerated strawberries and whipped cream for dessert.

After finishing their meal, the ladies eagerly took part in the annual “White Elephant” gift exchange. Packages large and small were festively wrapped, yelling to the attendees, “Pick me, pick me.” The idea of giving went beyond the gifts when one member’s guest had to cancel at the last minute. A newcomer to Quail Creek was in the hallway, and when she asked what was going on in the ballroom, she was promptly invited to join the Putters for lunch at no cost to her.

During the festivities, the new officers, as well as the support team (those who do a lot of behind-the-scenes work to keep the club running smoothly) were sworn in by Ellen Entwhistle, outgoing secretary.