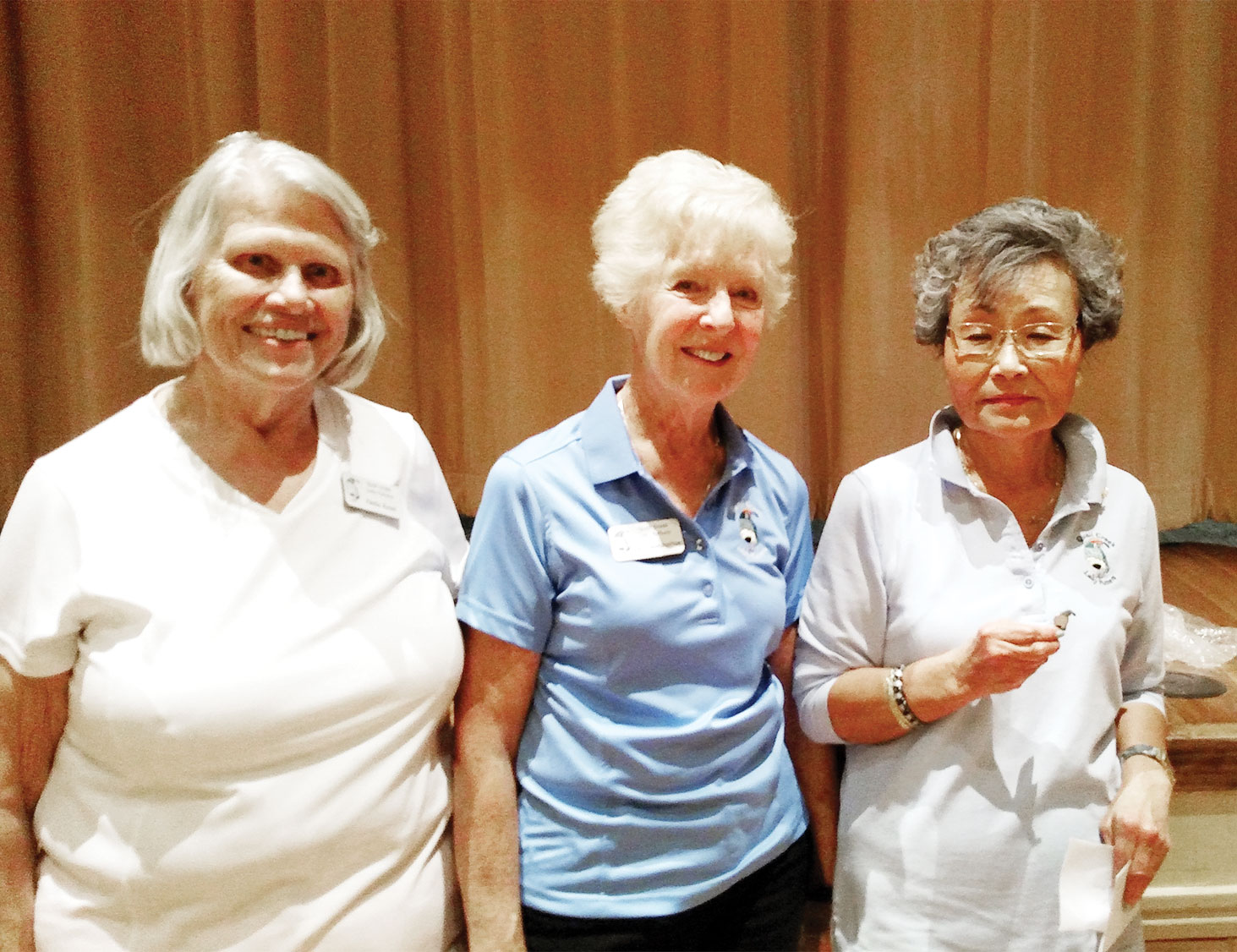 From left to right: Neila Kozel, Terry Ramsbottom, and Yoshie Hennessy show their pins awarded for their getting five holes-in-one in a single putting session; Photo by Sylvia Butler.

Because of wintry weather that caused putting cancellations, the Lady Putters only had five opportunities to putt and qualify for recognition instead of the usual six.

There were eight ladies who scored a hole-in-one on the money hole, the hole considered to be the most challenging by those who set up the course on a given week. Suzan Bryceland, Jan Ederle, Beverly Hiatt, Frieda Hyles, Mary Anne Hoyt, Kimberly Nichols, Wendy Van Dyke and Jill Wibbenhorst each received $5 for her achievement.

The Coveted Quail award for a low net score of 30.30 went to Kimberly Nichols. There was a 3-way tie for low gross score of 36, Sally Newton, Lou Moultrie and Yoshie Hennessy.

Getting five holes-in-one on a single day were Yoshie Hennessy, Neila Kozel and Terry Ramsbottom.

Yoshie Hennessy also had the most holes-in-one in the five-week period with 15; that’s a three per week average. She got to take home the crystal golf ball plaque again!

Forty-eight putters attending the awards luncheon each received a gift card worth $7.30. A gift card is given to each lady who putts the prescribed number of times and attends the luncheon.