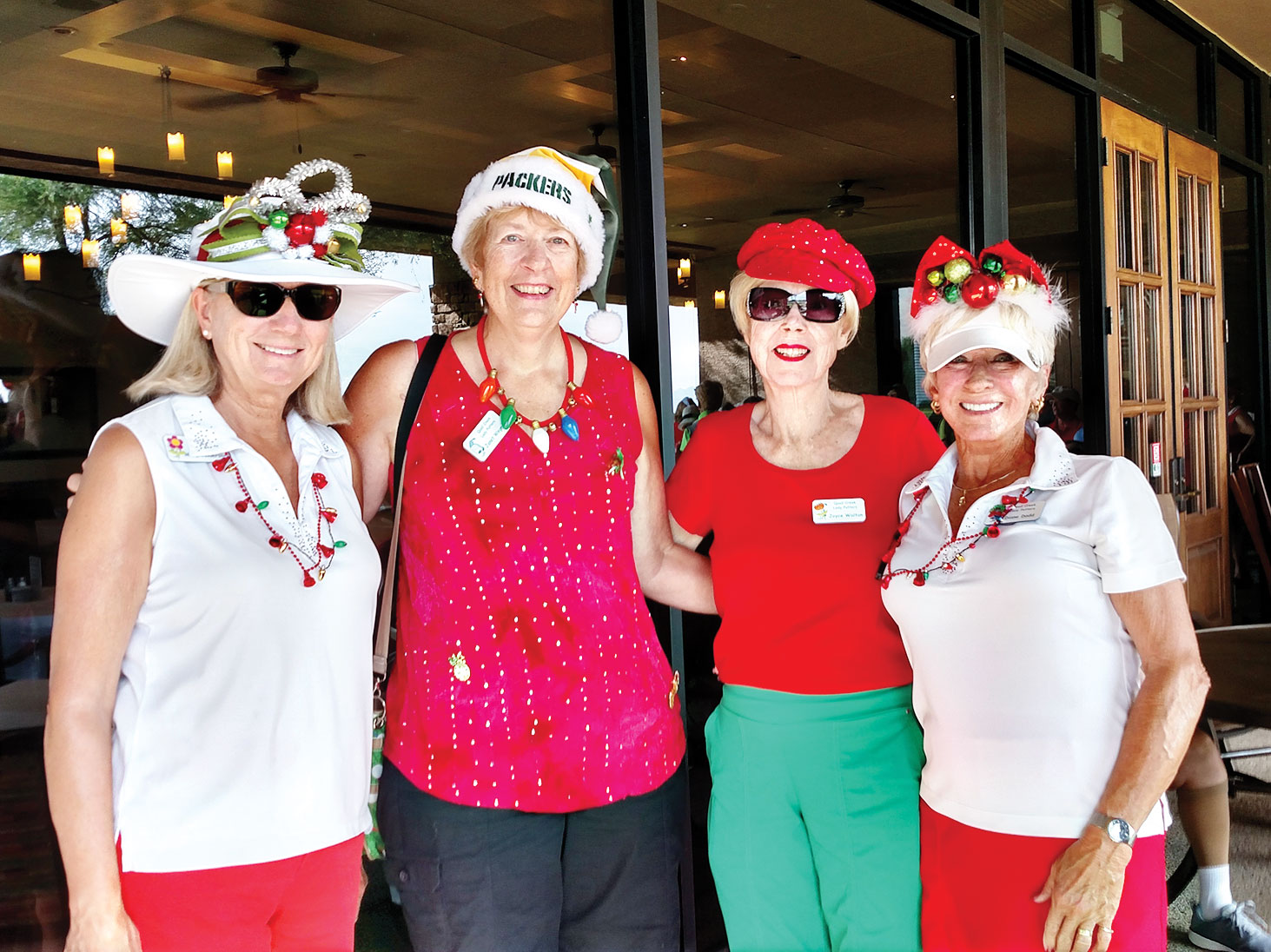 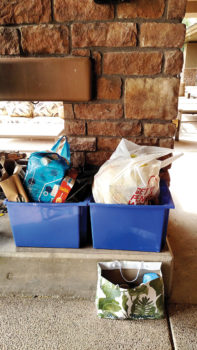 Just some of the grocery donations that the 43 Lady Putters brought to Putters on July 11; Photo by Janet Wegner. 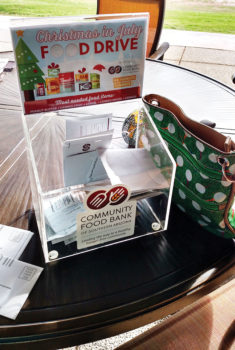 The plastic jar was filled with $695 in cash, checks and credit card donations; Photo by Janet Wegner.

Despite the heat and monsoon humidity, the Lady Putters donned holiday attire for their annual grocery collection to support the Community Food Bank of Southern Arizona which supports low income families in the Green Valley and Amado vicinity. One hundred eight pounds of food and six pounds of non-food items (paper and cleaning products) filled the tubs at Putters.

In addition, another $695 was contributed. The monetary donations will give the Food Bank $6255 in buying power at a time when donations are down with vacationers being out of town. The Food Bank had an additional need for support while schools are closed since so many of their clients’ children are eligible for free breakfast and lunch during the school year.